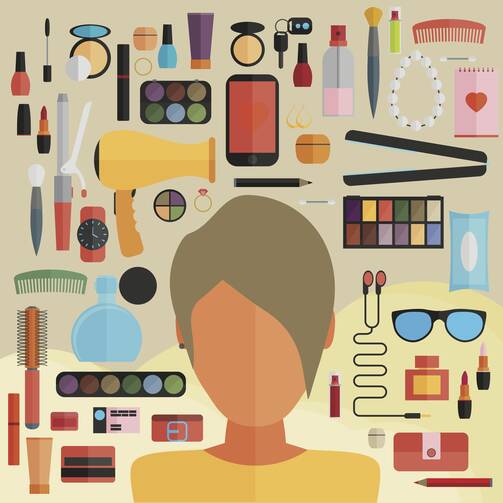 To a public accustomed to Pope Francis’ emphasis on the poor and marginalized, the Vatican seemed off message in the lead-up to the Pontifical Council for Culture’s plenary assembly on the theme “Women’s Cultures: Equality and Difference.” The English version of a promotional video for the event, featuring the Italian actress Nancy Brilli, was taken down after it came under heavy criticism for being too “sexy” and shallow and for ignoring the challenges faced by non-Western and poorer women.

The working document, released in anticipation of the gathering on Feb. 4 to 7, then came under fire for its description of plastic surgery as a “burqa made of flesh.” At a Vatican press conference, Ms. Brilli herself defended the use of cosmetic surgery if it is done to make women feel better about themselves and not “to follow a standard imposed from outside.”

There are valid criticisms to be made about the council’s attempts to reach women. But the working document was drawn up mostly by women (15 women helped draft it), and the issues they raise are more nuanced than the sound bites would suggest. In the section on the female body, elective plastic surgery is described as “aggressive toward the feminine identity” and is placed in the context of a mass media culture that exalts a univocal model of womanhood that is exploited for commercial gain. While one might dismiss the use of cosmetic surgery as a first-world “problem” of the rich and famous, the personal and social forces that drive women (and men) under the knife cut across age, culture and economic status.

Nowhere is that more clear than in Brazil, which recently overtook the United States as the plastic surgery capital of the world. In 2013, 1.5 million cosmetic surgeries were performed in a country that has to import doctors from Cuba to serve in poor and rural areas yet has a surplus of plastic surgeons. Brazilians told a reporter from National Public Radio they save for years to “invest” in the implants, face lifts and tummy tucks they hope will get them ahead in the market for jobs and marriages. One charity in Rio even provides free or discounted operations to the disadvantaged, based on its founding belief that “the poor have the right to be beautiful too.”

The question in Brazil, in the United States and all around the world is, how do we define beautiful? And what effect does this definition have on the psychological, physical and even spiritual health of those bombarded with images of the “ideal” body? In the United States, ever-thinner women and toned men are held up in the popular media to devastating effect.

Many Americans struggle daily with body dissatisfaction, and at an increasingly young age; studies find that by age 6 girls are already expressing concerns about their weight, and at 10 years of age 80 percent of girls fear being fat. Teenage girls with low self-esteem are more likely to engage in risky behavior, including smoking, drinking and sexual activity. As many as 20 million women and 10 million men are affected by an eating disorder at some point in their lives, and each year an estimated 1,000 women die of anorexia nervosa.

Unattainable body ideals must be fought where they are most blatantly proposed—in the media—and the past year has seen some victories in this arena. Growing pushback against drastic image retouching has convinced several fashion magazines to limit their use of Photoshop. Last November a Victoria’s Secret campaign with the tagline “the perfect body” was pulled back after an online petition criticized the ad for perpetuating “low self-esteem among women who are made to feel that their bodies are inadequate and unattractive.” One of the most popular commercials televised during this year’s Super Bowl asked different age groups what it means to throw, run or fight “like a girl,” encouraging viewers to see young women as strong and self-assured rather than seeing the female body as just a pretty object to be manipulated or admired.

The church should support and exemplify this sort of body-positive messaging. The pursuit of unhealthy standards of beauty presents a serious challenge to the Christian vision. When Jesus is asked by the scribes which is the greatest commandment, his answer includes, “You shall love your neighbor as yourself.” Authentic love, which empowers us to go out in love to serve our neighbors, is not vain or prideful; it is based on the knowledge that one is made in the image of God and loved unconditionally.

A society that tells women and men that they would be happier, more successful, more lovable if they only lost 10 pounds denies this reality. As the church seeks to communicate the Gospel through the tools of modern media, we must take care to represent the diversity of faces and figures that together make up the one body of Christ.

The Editors
Show Comments (
4
)
Comments are automatically closed two weeks after an article's initial publication. See our comments policy for more.
Paul Ferris
7 years 12 months ago
Hard to argue with this well written article but the issue of health is also connected to over weight people in the Western world. Somehow this was not addressed in this article.
John Walton
7 years 12 months ago
We note that the February 13, 2015 New York Times carries the obit of Dr. Rose Frisch. Dr. Frisch, an accomplished woman by many measures, discovered the linkage between body fat content and a woman's ability to conceive children. Linked here: http://www.nytimes.com/2015/02/12/science/rose-e-frisch-scientist-who-linked-body-fat-to-fertility-dies-at-96.html
Luis Gutierrez
7 years 12 months ago
The recent meeting on "women's cultures" is a sign of hope. However, as long as the Church remains attached to the patriarchal norm of choosing only males for the ministerial priesthood, we are effectively using "burqas made of flesh" to obscure the mystery of the Incarnation. The body is a sacrament of the entire person, but is not the entire person. This applies to human persons and even more so to Christ, who is a divine Person. What matters for the redemption is that the eternal Word became "flesh," maleness is incidental (important for concreteness, but incidental). The sacraments are what they are, but the Church chooses who are the ministers of the sacraments. In the life of the Church, the male-only priesthood supports and exemplifies the very kind of objectification of the human body that negates the subjective dimension of human nature, male and female.
Beth Cioffoletti
7 years 11 months ago
There are those of us who are getting older, who have aching bones, debilitating conditions, even terminal cancers. Yet we are these bodies that somehow connect us to alive-ness, others, mystery. We humbly submit to falling apart (do we have any choice?), all the while aware that but for the body, we would not be here. We are no where near perfect, or what might look “beautiful” on the commercials. But somehow we know that our bodies are sacred, and we honor and give thanks.