Can we do anything about climate change? L.A. might show us how we can. 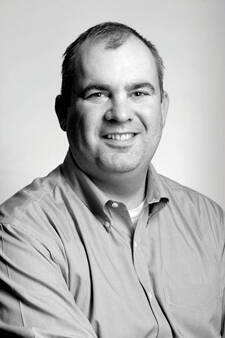 One of my fondest childhood memories is of Game One of the 1988 World Series. Featuring the Oakland A’s against my beloved Los Angeles Dodgers, the game included perhaps the most famous moment in baseball history, when the injured Dodger hero Kirk Gibson came on as a pinch hitter in the bottom of the ninth inning and homered to give the Dodgers the win. Because I was there (yes, I know, every Angeleno claims this), I missed Vin Scully’s justly famous call of Gibson’s homer: “In a year that has been so improbable, the impossible has happened!”

Thanks to the Internet, however, I can watch it whenever I want; the entire NBC broadcast is available on YouTube. On a recent viewing, I was shocked by something that I clearly never noticed as a 14-year-old.

Dodger Stadium sits in a ravine in the center of Los Angeles, so while it appears to be isolated from the city, it is actually situated in its heart. In the establishing shots of the broadcast, the Goodyear blimp turns its cameras on downtown Los Angeles. The iconic Library Tower (now the U.S. Bank Tower) was under construction at the time, and the rest of the skyline was a bit lower than today. But you wouldn’t know the difference. It’s almost impossible to see the buildings.

The smog is so thick and viscous that the city seems to exist at the bottom of a bowl of broth. Everything is some shade of brown. The image would not be out of place in a shock-doc about China’s callous disregard for the environment and for human health or in a dystopian film about a future when we all wear masks.

The sight reminded me that Los Angeles used to be a national joke when it came to air quality; what fog was to San Francisco, smog was to Los Angeles. My Catholic grammar school regularly instituted “smog days” during the Septembers of my youth, when the air quality was so poor we were not allowed outside for recess. Health professionals already knew by then that smog is linked to asthma, cancer and cardio-respiratory diseases. Our air was killing us. It had been worse for the generation before.

Los Angeles, still not exactly pristine, doesn’t suffer “smog days” anymore. Air pollution is now 40 percent of what it was when I was a kid in the ’70s and ’80s—and that’s with twice as many cars on the road. A recent study by W. James Gauderman of the University of Southern California’s Keck School of Medicine shows that cleaner air over the last 30 years in Southern California has resulted in “significant improvement in lung function and lung growth among children.” While my hometown still suffers from severe ozone pollution, all one has to do is look out the window on a summer’s day to notice the difference.

Did industry—car manufacturers, oil companies, manufacturing plants, the massive ports of Los Angeles and Long Beach—feel guilty that the children of Los Angeles could not play outside? Did the city’s voters enact local legislation to fight the pollution that was making them sick? Did we voluntarily start taking the bus to work? Did a mayor say it’s time to put an end to this scourge?

None of the above. In fact, the answer began with an unlikely alliance: the Republican President Richard Nixon and the Democrat Edmund Muskie. The senator from Maine was behind the 1970 Environmental Protection Act as well as the 1970 Clean Air Act, both of which Nixon signed into law. These federal laws spurred state and local politicians to draft their own laws requiring cleaner cars and reducing industry’s emissions of what we now call greenhouse gases. These became increasingly restrictive as the years went by, so that Los Angeles was cleaner in 1988 than in 1970 and is cleaner still in 2015. In fact, California now has a law on the books that requires the state to reduce such emissions to 80 percent below 1990 levels by 2050.

In short, Los Angeles enjoys cleaner skies because of federal legislation. Remember that the next time someone tells you that when it comes to ecological concerns, industry should be allowed to police itself, or that the economy is strangled by nuisance pollution laws, or that “we can’t do anything to affect climate change,” or that the pope’s new encyclical is naïve. We who pollute the planet can also help to heal it, incrementally but effectively. Improbable? Yes. Impossible? No.

The senator from Maine was initially misidentified as Edward Muskie. His name was Edmund Muskie.

@jamestkeane
Show Comments (
2
)
Comments are automatically closed two weeks after an article's initial publication. See our comments policy for more.
Chuck Kotlarz
7 years 7 months ago
Securing adequate clean air and water for seven billion people is not going to happen by an accident. It requires high intention, intelligent direction and skillful execution. Laudato Si perhaps provides us with the high intention of seven billion people.
Frank Bergen
7 years 6 months ago
Great a moment as Gibson's pinch homer was, I'd say only a Dodger fan could think it baseball's greatest. A Willie Mays gallop across the never-ending outfield of the Polo Grounds to catch Vic Wertz' long drive might appeal to a Giant fan. The final out of Don Larson's perfect game would doubtless not make a Dodger fan's list. And to go back a bit further, how magnificent was King Carl Hubbell striking out 5, count them, 5 American League All Stars -- all now in the Hall of Fame if memory serves -- in a row in the 1934 game. As to Mr. Keane's choice, I was watching on TV and, if memory serves, rooting for the American League team. Alas, one of the greatest things -- not moments -- about baseball is its openness to endless discussion, comparison, argument, reminiscence. Have it your way, Mr. Keane, but for Pete's sake don't call Ed Muskie Edward!