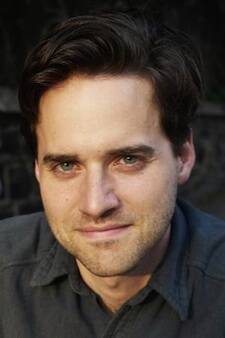 The economy of Christianity is weird. It doesn’t seem to work the way worldly economies do; the prodigal son gets a party, and the poor will inherit the kingdom. Then again, worldly economies are weird, too. Hard-working people die in poverty, and children go hungry in the richest country on earth.

Our economies are getting weird enough, for instance, that a certain strange economic idea is starting to get a lot of attention, on both the right and the left: that everybody should receive an equal, substantial paycheck just for being alive. This “guaranteed basic income” comes in many forms, and has several names, but the general idea is quite simple—and, to many of us, quite shocking, although it isn’t especially new.

Thomas Paine proposed a payout to everyone upon reaching adulthood, as well as pensions for the elderly; he considered these just recompense for the private takeover of the common land that had been the basis of medieval subsistence. Martin Luther King Jr. spoke of basic income as a step toward racial justice. Basic income is one of the few ideas that the economists John Kenneth Galbraith and Milton Friedman agreed about; Richard Nixon proposed something similar as a means of welfare reform. Margaret Mead and Buckminster Fuller considered it a prerequisite for human flourishing. Alaska pays out a modest sum to every resident from the state’s energy revenue, and the progressive entrepreneur Peter Barnes has made a case that a similar policy could both slow climate change and rescue the middle class. The libertarian political scientist Charles Murray, meanwhile, sees in it a means of shrinking the government. Given the often crippling burden of student debt today, Paine’s payout to the young makes a whole new kind of sense.

The idea of basic income has been catching on in tech culture lately, thanks to fears that new apps will eliminate millions of jobs for good. If we can still get paid, maybe the robot takeover would be a good thing. New experiments with basic income use digital currencies to bypass the old assumption that government is needed to implement it.

For all the renewed interest in this idea, I haven’t seen a lot of talk about it among Christians, as such. Maybe we are especially committed to the notion that each person should get what he or she deserves? Then again, if that’s the case, just about any arrangement would be better than what we have now.

Charles Clark is a Catholic economist at St. John’s University who has been a basic income advocate ever since being asked to study the idea by the Conference of Religious in Ireland, and then by the Irish government, in the late 1990s. He argues that to consider basic income “something for nothing” misunderstands how truly interconnected the economy is. His research across Europe and North America suggests that a basic income would actually make production more efficient. He also believes that the idea reflects the insistence in Catholic social teaching on the intrinsic value of every person. It would free people to participate more fully in family life and combat the individualism that an “every man for himself” economy teaches us.

“A basic income is the easiest way to bring everyone above the poverty line and reduce income inequality without making major structural changes to the economy,” Clark says. But it will require a change in mindset for many people, he adds. With a basic income, “everyone has a right to share in the benefits of social output.”

Catholic tradition can also help us think about basic income in sharper ways. Perhaps, as the school of distributism teaches, we should focus on spreading out the means of production, not the means of consumption—40 acres and a mule rather than a pile of cash. The principle of subsidiarity suggests that we should be wary of depending for our livelihood on a central source. If we rely on a distant government for an income, what subtle or unsubtle terms could that government impose?

I recently received an email from a reader in England, Craig Clarke, encouraging me to pursue the connections between theology and basic income. He brought up a biblical proof-text I hadn’t thought of yet. “Perhaps Christ was given gold as a child so that he did not have the bondage of money,” Clarke suggested. “Is it time for us to invest in all people just as the Wise Men invested in Christ?”

Nathan Schneider is the author of "Thank You, Anarchy" and "God in Proof." Website: TheRowBoat.com; Twitter: @nathanairplane.

Thanks for sharing these. It might be worth noting, though, that while many universal basic income schemes depend on income taxes, some do not. Peter Barnes' important proposals, for instance, fund basic income by taxing the use of commonly held resources, such as fossil fuels.

Chuck Kotlarz
6 years 7 months ago
A “guaranteed basic income” perhaps could expand upon social security by including other age groups. A broader social security age base may further improve the “growth time” of the economy. Social security was created in 1935 and after WWII, the US economy grew 85% of the time compared to 50% of the time from 1856 through 1932. Economic contractions may be the biggest waste of all, the waste of idle labor and idle plants.
Nathan Schneider
6 years 7 months ago

Great point. Simply expanding Social Security to include more age groups is one of the ways that people sometimes talk about for securing universal income. Of course, this is politically difficult because of the misleading claims that Social Security is already in danger (mainly intended to hasten its demise).

Interestingly, one of the first articulations of the Social Security idea, that of Thomas Paine, included also a payout to people upon reaching adulthood, in addition to supporting people in old age. Read the account at the Social Security Administration's website here.

Great point. There's a very interesting plan for universal healthcare here in Colorado called ColoradoCare, which uses an ACA opt-out and a cooperative, beneficiary-governed independent organization. Read about it here.

Ernest Martinson
6 years 7 months ago
If employer-provided health insurance, medicare, and medicaid could be deleted, then there might be hope of some form of universal system. But recipients of these subsidized programs will defend them to the last breath while resisting an equitable health system for fear of diluting subsidized benefits if shared with the poor.