An Astounding Mercy: The conversion of the man who killed St. Maria Goretti 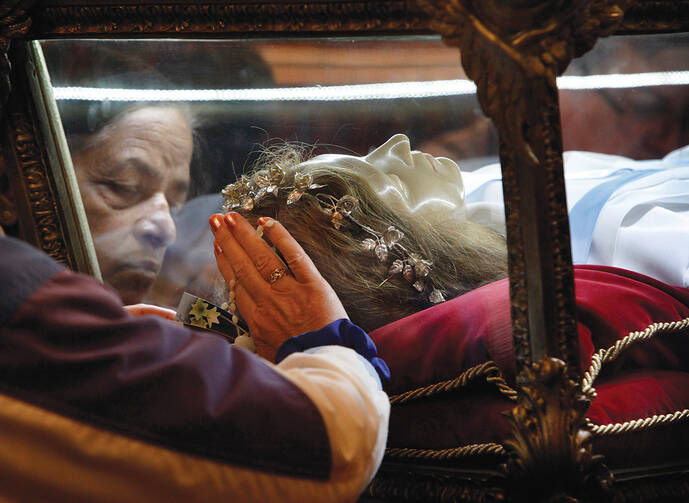 The quake that struck Sicily was the worst in the history of Europe, with over 100,000 casualties. Messina, the epicenter, was flattened in 32 seconds, resulting in 70,000 lives lost in that city alone. The shaking began at 5 a.m. and recurred intermittently over the next 48 hours. The date was Dec. 28, 1908, the Feast of the Holy Innocents. My grandmother was 11 years old and lived in the province of Caltanissetta, southwest of the epicenter. Decades later, when I was a kid in Brooklyn, she would describe the experience to me with fresh disbelief, clutching her rosary and saying she had been certain that she and her family would be killed. Even at that telling, earthquakes terrified her more than anything.

Forty miles from Messina, the federal prison at Noto was destroyed, but not one prisoner was even injured. Among the inmates was a young man six years into a 30-year sentence, the first three in solitary confinement and the rest to be served at hard labor, for the attempted rape and murder of an 11-year-old girl when he was 20. He was living at the time with his father and older brother in a small, converted factory building together with the girl, her mother, brother and two sisters. Both families had migrated in search of work to the little hamlet of Ferriere in the stinking, polluted Pontine Marshes near the Adriatic.

In Ferriere, “work” was the soul-crushing drudgery of virtual slave labor for wealthy, arrogant and often cruel landowners. One landed count treated his dogs better than his employees, and the food for just one of his parties would have fed the entire hamlet for a year. Many of the poor simply succumbed quickly to malaria, exhaustion or despair. Local church leaders ignored the situation, not wanting to offend the landlords. Pope Leo XIII did not ignore it. His prophetic voice rang out in “Rerum Novarum,” his 1891 encyclical letter on capital and labor, declaring that the church found conditions in Ferriere and similar communities entirely unacceptable. But the pope was ignored in most countries.

Bright and restless, Alessandro Serenelli was the only reader outside the landowning families in his tiny community. His interest in lurid crime stories and risqué magazine images of women approached addiction. Sandro, as he was nicknamed, was also filled with resentment and a pride-fueled rage. His descent into darkness brought him to do the unthinkable. Yet from that darkness would emerge a saint, endless mercy, a man of heroic virtue and many miracles, both corporal and psycho-spiritual.

The Gorettis and the Serenellis agreed to live in the same house to lighten the brutal workload just a little. Maria, whom everyone called Marietta, was as oppressed as anyone by the inhuman environment, but her faith and her courage were mature beyond her 11 years. Sandro became infatuated, then obsessed with Marietta. He attacked her. She resisted and he stabbed her many times. She repeated over and over that she forgave him until she died 24 hours later, on July 6, 1902.

Sentencing was on October 15 of that year. When the presiding judge asked Marietta’s mother, Assunta, if she had any final comments before sentence was passed, she answered, “Yes, your Honor. I forgive Alessandro!” There was a momentary stunned silence in the court room, then an indignant outcry from the spectators. “Never!” they shouted. “It shouldn’t be! I would never forgive him!” Assunta, without missing a beat, stared down the protesters and asked them, “And suppose, in turn, Jesus Christ does not forgive us?”

Following the great earthquake, on the night after the ground stopped moving, Alessandro Serenelli had a vivid, intense dream described here by Pietro DiDonato and taken from a face-to-face interview with Serenelli for DiDonato’s 1962 biography of him, The Penitent:

The prison bars and walls fell away and his cell was a sunlit garden blooming with flowers. Towards him came a beautiful girl dressed in pure white. He said to himself, “How is this? Peasant girls wear darkish clothes.” But he saw it was Marietta. She was walking among flowers toward him, smiling, and without the least fear. He wanted to flee from her, but could not. Marietta picked white lilies and handed them to him saying, “Alessandro, take them.” He accepted the lilies one by one, fourteen of them. But a strange thing took place. As he received them from her fingers, the lilies did not remain lilies but changed into so many splendid flaming lights. There was a lily turned to purifying flame for every one of the fourteen mortal blows he struck her on the fatal day in Ferriere. Marietta said, smiling, “Alessandro, as I have promised, your soul shall some day reach me in heaven.” Contentment entered his breast. And the scene of incredible beauty dissolved into silence.

The earthquake grabbed Serenelli’s attention. The dream broke his heart wide open. Only then did he stop behaving like a caged animal. His conversion was immediate. With the help of the prison chaplain, he began to pray, perhaps for the first time in his life. He read the Gospels, and he read the lives of the saints, which helped him interpret the Gospels. To be sure, what he did at 20 was vile, a heinous crime, a grave sin for which he was entirely personally responsible. At the same time, it cannot be denied that the extreme social injustice and barbarous poverty the Gorettis, the Serenellis and their neighbors were forced to endure, which makes some people crazy, were also gravely sinful. That Sandro was the recipient of an astounding mercy from God, communicated through Marietta, is equally clear.

Released three years short of his sentence because he was an exemplary inmate, Serenelli spent four years as an itinerant day laborer and then the rest of his life as a Capuchin lay brother living the way of radical littleness and liberating prayer. Assunta Goretti was by then a housekeeper at Our Lady of Sorrows Rectory at Corinaldo in the center of Italy, her home town and her daughter’s birthplace. Together with her children, Marietta’s siblings, she welcomed Sandro into their home as a member of the family until the end of his life.

Fifteen years after the penitent’s dream, my grandmother, along with my grandfather and my mother and my uncles, emigrated to the Lower East Side of Manhattan, in part to get away from earthquakes. Sandro’s quake was one close call too many, I suppose.

Growing up, I never paid much attention to the Maria Goretti story, believing the forgiveness to be nothing more than an embellished pious folktale. I have changed my mind. As I continue to unwrap this story of tragedy and mercy and conversion as a Jubilee gift, I hope that Alessandro Serenelli will come to be known by more and more people, particularly those tempted to despair because of whatever failures they might feel engulfed by.

We live in a society in which it sometimes seems everything is permitted and nothing is forgiven. Our criminal justice system seems bent on imposing draconian punishments like solitary confinement and capital punishment, which amount to torture and do nothing to remedy or prevent that which is most outrageous in human behavior. (Happily, these penalties may be on their way out, at least in the United States.) What Sandro’s crime and conversion teach us is that “the system” must never frustrate penitence, block conversion or mock God’s mercy. Restorative justice needs to be considered and embraced in all sorts of situations. The mystical encounter between Maria Goretti and Alessandro Serenelli following her death suggests the possibility of a post-modern asceticism inviting prayer and meditation. Approaching these two friends of God together can offer hope, healing and peace to those who need them most. 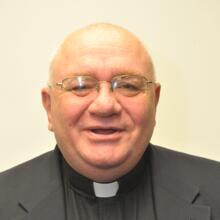 The Rev. Raymond P. Roden, a priest of the Diocese of Brooklyn since 1981, is pastor of Our Lady of Sorrows Parish in Queens, N.Y.

Show Comments (
2
)
Comments are automatically closed two weeks after an article's initial publication. See our comments policy for more.
Barry Fitzpatrick
6 years 9 months ago
Fr. Roden does a masterful job of giving us an historic and deeply spiritual context for practical and living mercy in our age. Maria Goretti's and Alessandro Serenelli's story cannot help but touch you in the deepest portion of your heart, moving you to reflection on your own parceling out of mercy to those who have "offended" you. I have a lot of soul searching to do. So do we as a nation, especially as we limp toward the finish line of abolishing capital punishment. When I was in grade school in Fr. Roden's Brooklyn ( a little before him) Sister William Frances, SCH, told us (way back in the 1950s) that executing criminals was like playing God, and it was just fundamentally wrong. Since this pre-Sr. Prejean pronouncement by my 2nd grade teacher, I shudder to think of the numbers we have put to death in the U.S. In addition we have added, in our court proceedings, time for victims' relatives to speak to the judge/jury about the effect of the loss on them. This is not a move toward restorative justice but rather a ritual in vengeance-seeking, a lesson lost, I fear. Fr. Roden has certainly enlightened my meditation and prayer. I shall approach Sandro and Maria more often, begging them to intercede for "hope, healing, and peace." Thanks.
Lisa Weber
6 years 9 months ago
The story of a man killing a woman, particularly over the issue of sex, is so heartbreakingly common that it is hard to be inspired by any aspect of it. It would be a much more satisfying and inspiring story if Alessandro had experienced conversion when Maria hit him with something heavy. I suspect that happens too, but men don't publicize it.