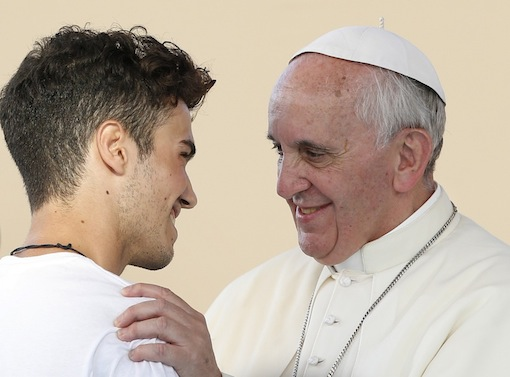 In the 1950s, when I made my initial overtures toward classical music, there was no shortage of legendary orchestra conductors. But two stood at the summit of the pantheon: the Italian Arturo Toscanini and the German Wilhelm Furtwängler. It was said of Toscanini that he began a piece with its musical “logic” firmly established in his mind and the execution became a seamless unfolding of that logic. In contrast, Furtwängler’s style resembled an ongoing conversation among players and parts, gradually building toward a dramatic, sometimes surprising, conclusion.

Pope Francis’s invocation of Furtwängler, in his now much commented upon interview, rekindled that old memory. Francis’s preferential option for “narrative,” “discernment,” and the “mystical” seems more in harmony with the German conductor than with the Italian. Paradoxically, the style of his German predecessor, Benedict XVI, with his emphasis on logos, seems more attuned to Toscanini. Of course, both conductors (as both popes) respect and serve the same canonical texts. The notes are the same, though the accents and rhythms may noticeably vary.

Antonio Spadaro, S.J., met three times with Pope Francis and skillfully wove the pope’s words into an integral whole. He makes two comments upon the experience that are not recorded in the fine English translation published by America, but can be found in the version printed in La Civiltà Cattolica.

I think it important to recall these comments because placing the pope’s remarks in the genre of conversation may serve as a better guide for their ongoing interpretation. The conversation transpired between two believers, two fellow Jesuits, who share a commitment, vision and common language. However, it is being overheard by a world avid to detect any hint of change in church teaching, but that is often deaf to the deeper language of faith. Thus, we see the predictable fixation by the secular media upon the issues of abortion and gay marriage—the very subjects that they charge portions of the hierarchy with obsessing over.

As many have already noted, Pope Francis does not dispute what has become settled magisterial teaching in this regard. “The teaching of the church,” he insists, “is clear; and I am a son of the church.” Significant, however, is his repositioning of these moral teachings in relation to the heart of the matter, which is the church’s proclamation of the good news that “Jesus Christ has saved you!” Though he does not use the term here, it seems evident that what Francis discerns to be the pressing need of our time is a new evangelization, a renewed proclamation of the love and mercy of God embodied and made available in Jesus Christ.

Here one appreciates the pope’s striking evocation of the mystical dimension of Christian life. Like Benedict XVI, Francis insists that Christianity cannot be reduced to a moral code. It is preeminently about relationship with a person: the person of Jesus Christ. Thus, his contention that Ignatius of Loyola (who figures prominently in this conversation between two Jesuits) is not in the first instance an ascetic, but a mystic. And that the much-praised Ignatian practice of discernment is not a technique mechanically applied, but “an instrument of struggle in order to know the Lord and to follow him more closely.”

Here too we can situate the pope’s challenging presentation of Blessed Peter Faber as model. What is compelling about Faber is his ability to join “interior experience, dogmatic expression and structural reform” in an inseparable unity. As with Faber, so with Francis.

But the pope’s insistence on the centrality of Jesus Christ, on discernment for the sake of discipleship, on Faber as exemplary in his ability to integrate inseparable components of church life risks being ignored by the media’s narrow focus on “hot button issues.” Thus, though this fraternal conversation is fascinating and winning, when transposed into the exclusively secular horizon of the pressroom, the words can be easily traduced.

If America were to commission me for a follow-up conversation with Pope Francis, here are some of the concerns I would raise.

Holy Father, in the first conversation you seem more critical of “restorationists” and “legalists” than of “relativists” (who so troubled your illustrious predecessor). You do briefly refer to “relativism,” only to posit that the God of the Bible, whom we encounter on the journey (“nel cammino”), transcends relativism. I think the many eavesdroppers on the conversation would profit greatly from further elucidation of your thinking in this regard. How can we speak today of the God revealed in Jesus Christ as “absolute”?

You also issue a powerful call to the Society that bears Jesus’ name to be “de-centered” from itself and ever centered upon “Christ and his church.” But what are the implications of claiming Christ as center? Does it not impel us beyond narrative to engage questions of truth, beyond practice to its contemplative foundation? Having followed your homilies at Santa Marta on the Letter to the Colossians, proclaiming Christ as “the image of the invisible God…in whom all things hold together,” I can certainly anticipate your response. But your further reflections on this theme would much enrich and challenge the continuing conversation, especially among those standing in “the courtyard of the gentiles.”

Related to this last point, you express your strong preference for “hope” rather than “optimism.” But, probably for lack of time, you do not describe that hope to any extent, save to speak of it as a “theological virtue” and “ultimately a gift from God.” I know that a world often devoid of hope (an even of optimism) longs to know the dimensions and reach of that hope and to hear “an account (logos) of the hope that is in us.”

Finally, at the close of your conversation, Father Spadaro posed a question about changes in human self-understanding over the centuries. You endorsed his point and instanced works of art from different historical periods to illustrate the fact. At the same time, as an astute spiritual director, you admit that men and women are often prone to self-deception. May I urge that we would all derive considerable profit from a further conversation that sets forth those principles that can guide our discernment of what constitutes authentic human flourishing. For, as I remind my own students, “finding God in all things” is the fruit of the first three weeks of Ignatius’Exercises, not the point of departure.

Holy Father, despite your pronounced preference for Furtwängler, I trust you will not find these concerns of a Toscanini devotee misplaced. As you have often suggested, the Holy Spirit is found best in the blended harmony of voices.

Show Comments (
4
)
Comments are automatically closed two weeks after an article's initial publication. See our comments policy for more.
Joshua DeCuir
6 years 6 months ago
WOW. This has to be the single best thing I have read in the past week. Really awesome.
Bill Mazzella
6 years 6 months ago
"Holy Father, in the first conversation you seem more critical of “restorationists” and “legalists” than of “relativists” (who so troubled your illustrious predecessor). You do briefly refer to “relativism,” only to posit that the God of the Bible, whom we encounter on the journey (“nel cammino”), transcends relativism." Tsk, tsk.
charles harrison
6 years 6 months ago
I'll admit I've only read the interview once, but I think there's enough there for you to know that you probably wouldn't like his answers to your first line of questioning, anyway, Father. He sure didn't seem like he was about to get out Veritatis Splendor and read from it.
Don Tontiplaphol
6 years 5 months ago
I might ask, in light of the spirit of this article, Fr. Imbelli to give a clarification, too. One of the points Fr. Imbelli raises concerns the sense in which we are to contrast _relativism_ with the _absolute_. But I am not so sure why Fr. Imbelli raises these kinds of terms -- i.e., the idea of the ``absolute.'' On one way of understanding the idea of the ``absolute,'' perhaps familiar to some from the idiom of philosophical discourse, a truth is ``absolute'' if it doesn't depend on human sensibility. An example: color is not the kind of thing that is scoped by absolute truth, but it all the same can be scoped by truth. ``This apple is red'' might be a true sentence; but the fact that an apple is red, if it is a fact, is the kind of fact that depends on human life and perception. There is something in this neighborhood that leads me to suggest that God is not scoped by absolute truth, either: facts about the triune God are facts about human life. I'd say that that is one of the core aspects of the Trinity.
Advertisement

Rev. Robert P. Imbelli, a priest of the Archdiocese of New York, teaches theology at Boston College. He was on the founding committee of Cardinal Joseph Bernardin’s Catholic Common Ground Initiative.