’Bathroom Wars’ are revealing a deep societal divide and the need for reasoned use of political power. 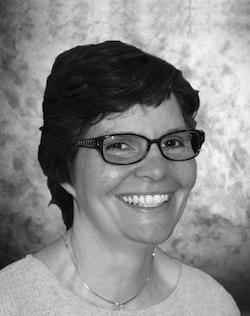 Legislation and litigation regarding L.G.B.T.I. discrimination and the use of gender-specific public toilets reveals a deep societal divide and illustrates the need for reasoned use of political power. The most recent controversy arose after some localities passed antidiscrimination ordinances that allow people to use facilities based on gender self-identification. In response, states passed laws prohibiting L.G.B.T.I. discrimination claims and limiting the use of gender-specific facilities in public buildings.

The equal protection clause requires laws to be, at minimum, rationally based. In Romer v. Evans (1996), the U.S. Supreme Court struck down a Colorado constitutional amendment that prohibited all government action designed to protect homosexuals. In rejecting Colorado’s argument that the amendment protected religious rights, Justice Kennedy wrote, “it is divorced from any...legitimate state interests; it is a classification of persons undertaken for its own sake, something the Equal Protection Clause does not permit.”

North Carolina’s recently enacted law is more carefully worded than the invalid Colorado amendment, but North Carolina’s own attorney general considers the law unconstitutional, and the governor is trying to minimize its impact. Federal civil rights laws prohibit sex-based discrimination in education, employment and housing. The federal circuit court that covers North Carolina has approved the extension of those protections to transgender claimants. Nevertheless, federal law does not prevent sex-based public accommodation discrimination and the equal protection clause does not apply to commercial relationships. Thus, businesses throughout North Carolina may impose toilet use restrictions on transgender customers.

Mississippi also recently enacted a law that limits public facility usage. Mississippi passed a very different type of law that protects defined religious beliefs, including that the terms “male (man) or female (woman) refer to an individual’s immutable biological sex as objectively determined by anatomy and genetics at time of birth.” The law does not take into consideration the conundrum faced by intersex people who are born with undefined or hermaphroditic sex organs.

The Mississippi law clearly violates the establishment clause of the First Amendment, as the constitution requires neutrality among religious beliefs. Any law, like this one, that blatantly supports a specific set of beliefs is an unconstitutional endorsement of religion. Enacting legislation that is patently unlawful and doomed to be invalidated by the judiciary serves no legitimate purpose and erodes confidence in the democratic process.

Religious rights already are protected by the federal and state constitutions and numerous federal, state and local laws. These rights may become clearer if the eight-justice U.S. Supreme Court is able to issue a majority opinion in Zubik v. Burwell, the contraceptive mandate case. Regardless, politicians and advocacy groups serve their constituents best by avoiding unnecessary controversy and looking instead for mutually beneficial solutions. As Gov. Dennis Daugaard of South Dakota, a Republican, stated when he vetoed a bill that would have prohibited transgender accommodation in public school facilities: “Best government is the government closest to the people. Instead of encouraging local solutions, this bill broadly regulates in a manner that invites conflict and litigation, diverting energy and resources from the education of the children of this state.”

Political and religious differences aside, many people, including women (who often endure long waits for female-only facilities), parents with small children and adults who need physical assistance, benefit from non-gender-specific facilities. Single-use toilets can become gender-neutral unisex facilities with the simple change of a sign, and money that otherwise would be spent on litigation could be used to retrofit multiperson facilities to provide more privacy for everyone.

Focusing on outcomes that are universally beneficial will not end all disputes regarding the appropriate balance between civil rights and religious rights, but it would be better government.