Why Sitcoms Matter: The importance of being funny 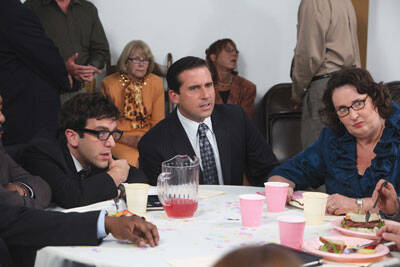 Long before Charlie Sheen earned $2 million an episode for “Two and a Half Men,” declared himself “winning” and held the American public hostage with his late-night escapades, sitcoms were the shining light of network television. The sitcom has not always been the television equivalent of the crazy old uncle at Christmas, full of excess and awkward moments and, one hoped, forgotten soon afterward. So relevant were sitcoms that people planned their Saturday nights around watching “The Mary Tyler Moore Show,” and President Richard Nixon was recorded talking about “All in the Family” on the Watergate tapes.

Today, however, many thoughtful observers view the sitcom as a lumbering dinosaur whose cost efficiency and mass appeal make it a necessary evil in an age of artistic programming like “Mad Men” and “Breaking Bad.”

Still, there is something to be said for the enduring charm of the sitcom, something that allows it to attract an audience when other genres like the western and the soap opera do not.

Bruised and battered as it enters its eighth season, “The Office,” for example, represents the allure that the sitcom holds over the American viewer. Like the genre itself, “The Office” is past its prime; the writing has lost much of its snap and ingenuity, an inevitable result of years of squeezing the “funny” out of a finite set of situations and characters. The performances often have a canned, phoned-in quality that speaks of actors having played the same character for too long and for too much money.

Yet we keep watching. It is not always about the quality, though it once was; rather, it is about familiarity and trust. Like few other art forms, the sitcom’s relational model insists on an intimacy between artist, medium and audience.

While it is difficult to imagine anyone other than Leonardo da Vinci speaking of the “Mona Lisa” as “my painting,” many viewers speak of sitcoms in a proprietary manner. A sitcom can become part of our lives in a way that even a quality show like “Mad Men” does not. “Mad Men” isn’t really “ours” because it is not our story; rather, it shows us who we want to be and what we are not. The sitcom is “ours” because it comes closer to showing us who we are.

Also the sitcom may be unique among artistic media in its ability to focus on relationship in a dualistic sense: it moves not only internally within the framework of its context but also externally by cultivating a deep relationship with its audience. The sitcom slowly, almost imperceptibly, invites the audience to become part of its constructed community. What makes this model of relationship possible is the accessibility of the comedic character and, more significantly, the permission comedy gives us to acknowledge and accept our own failures and even sinfulness.

The distinction between a show like “Mad Men” and a sitcom like “The Office” is rooted in the differences between the dramatic and comedic paradigms. There is a level of identification in comedy that is absent from drama primarily because of the fundamental moral frailty of the comedic character. In his Poetics Aristotle differentiates the comic from the dramatic hero by gradations of moral uprightness. The dramatic protagonist is a hero in the literal sense of the word, a moral exemplar with a singular fatal flaw that distinguishes him or her from the divine. The comedic protagonist is an everyman, oftentimes in the most minimal sense: a flawed, vulnerable agent whose desires are primarily pedestrian.

The ethical fragility of the hero not only drives the narrative of the comedic piece but also serves as a point of accessibility for the audience. The apogee of the comedic narrative usually involves the hero in a place of moral conflict, driven equally by his higher and lower desires; but the context is usually of the most ordinary sort, with minimal stakes.

It is much easier to relate to the sitcom hero, like the wonderful buffoon Michael Scott of “The Office,” because of his omnipresence and stability. Television viewers can engage with the characters on their favorite show multiple times a week. The first-run episode sometimes becomes an event, an anticipated engagement between viewer and show, which often takes priority in the viewer’s life. Something is fulfilled in this “relationship” between viewer and sitcom: a different, but no less valid, form of relationship that depends upon consistency and catharsis.

Perhaps even more significant is the ensemble element of the sitcom, which provides a collection of diverse personalities that allow viewers multiple opportunities to find someone with whom to identify. The cultural phenomenon of the water-cooler show can be linked directly to identification through the ensemble.

Many conversations around that commonplace piece of office furniture revolve around parallels in behavior between the characters and members of the work and family communities. The sitcom audience revels in the foibles of the ensemble; their mirth is founded primarily in the mirror the show provides for their own behavior. Every office has its “Pam” and “Jim.” And while no one ever owns up to being the show’s “Michael,” inevitably there is one of those, too.

The sitcom, therefore, can be an unlikely vehicle for the development of self-awareness and self-acceptance. Viewers observe and identify particular aspects of their own flawed nature in the onscreen characters, a nature made palatable by the humor and sheen with which it is delivered.

But such identification and awareness are not unique to the sitcom. Television, music and literature also provide ample opportunity for society to identify its core sinfulness. Comedy, however, provides one of the few artistic lenses through which an audience can view its own weaknesses and that of the world without falling into nihilism and despair.

The sitcom is the most populist of genres in the most populist of mediums and has traditionally brought with it a strident, moralistic tone. While other television genres, like the procedural drama and the historical narrative, are infused with moralistic undertones, their quality depends almost entirely upon maintaining a level of ethical nuance and ambiguity that the sitcom does not require.

This ethical overlay was all-encompassing in the sitcom until the advent of “Seinfeld.” “Seinfeld” made what appears in hindsight to be a postmodern movement toward deconstruction, with a focus on undermining narrative and archetypal expectations. Few shows have shed more light on the traditional paradigm of the sitcom narrative than “Seinfeld,” which intentionally subverted the genre.

“Seinfeld,” however, was an aberration; the sitcom continues to be one of the most morally direct of all art forms. The brevity of the half-hour format necessitates conveying meaning in shorthand; it does not allow for more nuanced and ambiguous narratives. This often leads to low-brow sentimentality of an inauthentic kind or sophomoric malevolence posturing as metahumor. The sitcom’s temporal limitations can also bring about an economy that has a richer, fuller impact on the audience.

The best sitcoms—“The Mary Tyler Moore Show,” “Cheers,” “Friends,” “30 Rock,” “All in the Family” and, yes, “The Office”—are able to move in the space between the sentimental and the disengaged, thereby creating something not only entertaining but also spiritually enriching. The writers and performers on those shows exploit their understanding of the mathematics of comedy while infusing it with a keen sensitivity not only to the failings of the human person but also to the fundamental benevolence that drives and sustains us all.

Show Comments (
3
)
Comments are automatically closed two weeks after an article's initial publication. See our comments policy for more.
Mike Evans
10 years 9 months ago
Sit coms are the criticism of our lives, using humor to wake us to the silliness of our own self-importance. Too bad so many writers seem challenged and unable to get past grossness and toilet subjects. As some of the great humorists of the past discovered, there is no need to defecate upon anyone.
Craig Hanley
10 years 9 months ago

What would St. Ignatius' favortite sitcoms be if he were alive today?

I could see him watching reruns of grittier shows like "Combat" or "The Rifleman," so maybe military-themed sitcoms like "McHale's Navy" or "Hogan's Heros" might give him a chuckle or two after a wearisome day of trying to defend the teaching of the Church.

But his biography says he was always really busy working on that, so who knows?

Jonathan James
10 years 9 months ago
Today's sitcoms are obsessed with sex, drugs and bathroom humour. Sadly they are not really very funny, though I do find Big Bang Theory somewhat amusing.
But today's sitcoms pail compared to the Dick van Dyke Show, Mary Tyler Moore Show and others; the humour was adult, quick witted and clever.