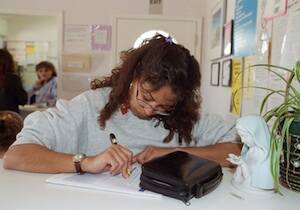 A new state immigration law in Alabama, perhaps the toughest in the nation, empowers police to check the immigration status of people they stop or arrest, adds new pressure on employers to verify worker residency and requires schools to filter out children of undocumented residents. Other states have passed similarly stringent laws, and still more are poised to join the fray, making a riot of U.S. immigration policy. The chief blame must fall on Congress, which has consistently failed to pass comprehensive immigration reform that might begin to make sense of America’s contradictory relationship with its vast undocumented workforce.

Major components of the Alabama law have already been suspended after being challenged by the U.S. Department of Justice. Whatever the outcome in the courts, a backlash against the law quickly emerged, not from soft-hearted liberals but from hard-headed employers in Alabama’s agriculture, construction and restaurant industries. Their position is neither red nor blue but green, as in cash, something they fear they will be losing now that Alabama’s low-paid workforce has begun a hurried exodus from newly hostile territory. Even properly documented workers are leaving, worried about hassles with police and state and school district bureaucrats. The abrupt departures have left crops rotting in the fields, shingles unhammered and restaurants scrambling for replacements. For proponents of the law, this is all to the good: employers will be forced to seek out native-born citizens and legal residents to replace the departed workers.

Alabama has begun a real-world sociological experiment that is fraught with peril. Are there some back-breaking jobs that native-born workers simply will not take, and are there wage hikes for unskilled work that U.S. employers simply will not make? Testing these questions could prove devastating to Alabama’s economy.

The six editors of Zenit, a private Catholic information service based in Rome, resigned over the issue of independence, according to a report by Catholic News Service on Oct. 11. They objected to the growing control of Zenit by the Legionaries of Christ, a major financial backer, and cited the spirit of Zenit: to serve the universal church, not one religious congregation. The editors said they preferred to resign rather than betray their principles. This followed the forced resignation of Jesús Colina, who founded Zenit in 1997. Mr. Colina stated that a major issue was the Legionaries’ lack of transparency over finances and the sexual scandals surrounding their founder, Marcial Maciel.

Speaking for the Legionaries, Andreas Schoggl, L.C., said that Mr. Colina’s resignation did not indicate a change of policy but that “the stress on journalistic independence…might have induced people to think that Zenit was just a private initiative of Catholic journalists.” Quite clearly, Zenit is now just a mouthpiece for the Legionaries.

Journalists struggle to maintain the credibility that comes from the pursuit of objectivity. Which stories appear and how they are weighted are subjective decisions, of course. Still, writers and editors—even in Catholic journalism—must work independently of their publishers’ business and public relations agendas.

When the U.S. bishops’ Office of Migration and Refugee Services learned that it had been denied a grant from the U.S. Department of Health and Human Services’ Office of Refugee Resettlement, some expressed worry that the lack of funds would negatively affect those served by the organization. But another concern also surfaced: fear of anti-Catholic bias in the White House. A post on the bishops’ Media Blog argued that the H.H.S. was abiding by “the ABC Rule, Anybody But Catholics” and cited the bishops’ stance against abortion, sterilization and artificial contraception as the reason.

The lack of this grant may disrupt services while the cases at the bishops’ migration office are shifted to new agencies, and this is unfortunate. But to describe the move as anti-Catholic is to get caught up in an argument that benefits no one. Two-thirds of the migration office subcontractors were non-Catholic organizations, so Catholic groups are not the only ones to suffer the loss of funding.

It is discouraging that the administration caved in to the American Civil Liberties Union on reproductive issues. But claims of anti-Catholic bias ignore government funding for other Catholic entities and other good-faith efforts by this administration to establish cordial working relations. On Oct. 14 approximately 160 leaders from Catholic Charities USA met with White House officials in a daylong meeting to discuss the economy, human services, housing and immigration. In a press release, Jon Carson, director of the White House Office of Public Engagement, called Catholic Charities “an incredible network of social service organizations” and added that he was looking forward to working “towards our shared goals.” Still, a positive word from Mr. Carson is no substitute for collaborative efforts to serve those in need.

The Editors
Show Comments (
3
)
Comments are automatically closed two weeks after an article's initial publication. See our comments policy for more.
Dale Wisely
10 years 10 months ago
It's a very bad law, but it's not true that the law  "...requires schools to filter out children of undocumented residents," although I guess it depends on what's meant by "filter out."  If it ever makes it through all the ongoing litigation, the law would require schools to verify the citizenship status of newly enrolled students for the purpose of reporting to state officials.  Students would not be barred from attending school if undocumented.
CHARLES KINNAIRD
10 years 10 months ago

As an Alabama resident, I am appalled and distressed by my own state's harsh immigration bill. One of my problems with this bill (as well as the Arizona bill) is that if it did not benefit our society to have undocumented immigrants working here, they would not be here. Increasingly over the past 2 or 3 decades, we have willingly paid these immigrant people to mow our lawns, do our housework, clean our hotels, dig our ditches, work on our construction crews, and do any number of dangerous jobs in the meat-packing industry and other types of unskilled labor.

We have used them for our advantage (or I should say, our society has). Now we are getting a little uneasy and anxious, so we are using drastic legal tactics. It is as though we are shocked and outraged that all of these aliens whom we have employed at low wages (and without reporting said payments) are somehow in our midst.

There are scriptures that advocate that we respect the alien in our midst; that we not mistreat or take advantage of them. Instead, we first took advantage of them, and now we aim to mistreat them, and our governor who likes to make a big deal about his faith just smiles and signs the bill. Leviticus admonished the Hebrew people to “remember that you were once aliens.” All of us white Americans in the U.S. should likewise remember that we were once immigrants.

Mivhael Contos
10 years 10 months ago
I never realized that certain groups within the Catholic Church were so progressive. I took in your companion piece on U-Tube and see how a conservative look at economics could engage persons from all sides of the political spectrum to seek answers to the immigration issue.

I just hope we get it solved soon enough to forestall any draconian efforts by the legislature here in Pennsylvania and its possible effect on businesses, let alone the migrant farm workers, so many of us depend on, as per your article.