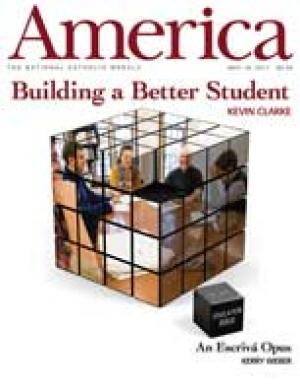 How to Build a Better Student: Can a 16th-century discipline improve modern scholarship?
Kevin ClarkeMay 16, 2011

Short on Moral Courage? In the editorial “Paths of Conscience” (5/2), the editors seem almost to be of two minds regarding the refusal by Roy Bourgeois, M.M., to recant his beliefs. They acknowledge that in calling for him to recant what he believes, the church authorities are asking him

The continued fragility of the organized labor movement could doom the country to further economic distress.

The extraordinary marriage of Franklin and Eleanor Roosevelt

A new biography of the poet and controversialist Andrew Marvell