The Value of Nonprofits 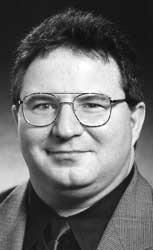 Whether measured by annual revenues, number of employees or the market value of property holdings, the nonprofit sector has grown dramatically in recent decades. Indeed, it has grown faster than either the public sector or the business sector.

Today, with over a trillion dollars a year in revenues, hundreds of thousands of nonprofit organizations of all sorts and sizes qualify under federal, state and local laws for multiple tax benefits. Nonprofit organizations pay no property taxes. Their donors may get federal tax deductions. Their members (like students at private colleges) may get tax-funded grants or vouchers (like loans to pay college tuition). And their leaders may apply for government aid or compete for government contracts to fund employees’ salaries or to cover certain operating expenses.

As the fiscal crisis, which first showed itself in 2007, continues, ever more federal, state and local policymakers in both parties are asking tough but timely questions about the nonprofit sector: How much does it lighten local property tax coffers and reduce federal tax revenues? What is the total tab for all the tax-funded subsidies? And what does the wider public actually get in return for all the tax breaks and government funding?

Studies are underway, but nobody knows for sure what the results will be. Yet no matter what the research ultimately shows, public pressure for accountability will continue to grow as more media attention is focused on corruption scandals involving nonprofits and as the public sees and hears more about nonprofit executives who make really big bucks (like the many private university presidents with million-dollar-plus annual compensation packages).

Already some city governments have experimented with payment in lieu of taxes or so-called PILOT arrangements, by which properties owned by large nonprofit organizations are taxed at a rate higher than zero but lower than the same properties would be taxed were they owned by a for-profit firm. And at the federal level, nonprofit hospitals in particular have come in for ever-greater scrutiny of their balance sheets, executive pay and service to low-income communities.

Grandstanding politicians and sensationalizing journalists can quickly turn legitimate concerns about accountability or performance into a three-ring circus. But, putting that prospect to one side, do nonprofit leaders have more to hope or to fear from calls demanding that they justify their tax-exempted properties and tax-subsidized personnel or programs?

And that local list just scratches a surface beneath which are several Catholic religious orders and networks that benefit their needy non-Catholic neighbors—preschoolers, battered women, ex-prisoners and others.

What would it cost Uncle Sam, nationally, to replace just the social services supplied by Catholic nonprofit organizations to non-Catholics? I am in the early phases of research on this “civic replacement value” question, but already this much of the answer seems clear: certainly no less, and possibly far more, than these Catholic organizations receive in tax exemptions and subsidies.

Indeed, if all Catholic institutions in America suddenly shut down next Monday, some Catholics might not notice till the following Sunday, but millions of needy non-Catholics would notice at once. 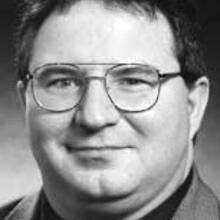 Show Comments (
8
)
Comments are automatically closed two weeks after an article's initial publication. See our comments policy for more.
10 years 7 months ago
I'm absolutely positive that Americans around the country would drop their jaws and exclaimed "My God!"  after reading the last paragragh of this piece. Indeed what would happen?  The contribution of the American Catholic Church to our country is so great, that it became a given and taken for granted!  In education, social work, and health care She can't be beat.  Indeed parochial schools complemented public schools, both the great equalizers.  Unfortunately both were neglected!  And now we wonder why we can't be civil to one another anymore.
Charles Erlinger
10 years 7 months ago
Along with your question: "And what does the wider public actually get in return for all the tax breaks and government funding?" I would be interested in learning what the wider public expects to get in return, and what the government expects the behaviour (activity) to be that purportedly produces that return and forms the basis for the tax breaks.  I wonder whether there is any agreement among the public, and between the public and the governmemt, about these expectations.
David Smith
10 years 7 months ago
"What would it cost Uncle Sam, nationally, to replace just the social services supplied by Catholic nonprofit organizations to non-Catholics?"

The social services provided by the Church could not be replaced by the government.  The Church helps people for reasons very different from those that motivate or could ever motivate the government, and that fact makes an essential difference in the quality of that help.

Caveat.  I'm aware of at least one "Catholic" nursing home that seems to be run independently of the Church.  The care in this home is substandard.  To the extent that this sort of thing is common, it would be easy for the government to replace it.
Katherine McEwen
10 years 7 months ago

Perhaps it would be instructive for every US diocese/archdiocese to be able to put into solid dollar figures how much their social service agencies-Catholic Community Services, hospitals & medical clinics, schools, foodbanks, St. Vincent de Paul direct services & thrift stores, individual parish discretionary funds, etc. pump into the local economy.  And what it would cost cash-strapped municipalities, counties & states to replace these services.  I bet most civic officials-especially various treasurers-would be cowering under their desks at the replacement costs!

Fred Close
10 years 7 months ago
The author's question is as timely as important.  Cash strapped governments throughout history have found excuses to seize church properties to temporarily balance their books.  While it is important to have some understanding of the public benefits bestowed by Catholic schools, hospitals, soup kitchens, orphanages, etc., it is perhaps more important to remember that the Church, which does put love of neighbor into action, is not a social service agency.  Then as now it exists not because it has silver or gold (or social services) to hand out, but Jesus' reign to extend.  An honest examination of tax exempt status could turn into a power grab by a would-be omnicompitant nanny state in a NY minute, which in our context is the greater danger, at least in my opinion.
Chris Cunningham
10 years 7 months ago
I think the value of the work of all of the wonderful workers in these organisations cannot be measured in terms of paper which belongs to the Fed.
The fed just printed 2 trillion worth of that paper. What is a Federal Reseve Bank note worth? It belongs to the Federal Reserve.
I feel that that the people who help their brothers and sisters will have the true value measured elsewhere .
Mike Evans
10 years 7 months ago
Ths article should be widely circulated in every diocesan newspaper and web site. For too long, the myriad needs of the poor, disabled, elderly and defenseless have been met by Catholics who respond with their own energies, fundraising, volunteerism, and interventions into a badly broken and torn safety net for our suffering brothers and sisters. Why are our bishops and pastors so silent? Why are they allowing the discussion to become a race to the bottom in everyway? What will happen to so many programs and organizations that do what government just doesn't want to do? Are we like the pharisees who thank God they are not among the poor and needy?
Sharon Daly
10 years 6 months ago
Let us not forget the huge number of Catholic employees of public and secular agencies providing high quality social services as well as comfort and encouragment to poor families and elderly and disabled people.  They bring their values and commitment to challenging and heart breaking jobs of holding the "safety net" together.  We have a responsibility to defend their rights and dignity as well.