The Saint and the NGO: Unicef catches up with Mother Teresa

Recently, an editorial in the New York Times published the results of a recent study by the United Nations Children's Fund (Unicef), which may have surprised some readers. The study yielded what the newspaper called the "counterintuitive and compelling" conclusion that "providing services to the world's poorest children in the most impoverished communities is not only just, it is also more cost effective than the current policy of mainly helping the less poor in the areas that are easier to reach." The Times expressed the hope that global leaders meeting at the U.N. this week would permit Unicef to target its funds accordingly.

It's nice to see Unicef, the Times, and for that matter, all of us who reflexively assume that the answers to the worst problems are more complicated than they seem, catching up with Mother Teresa.

There was nothing "counterintuitive" to Blessed Teresa of Calcutta about directly serving the people you most wanted to help. Starting with her charter for the Missionaries of Charity, which she founded in 1948, she made clear that she intended to minister directly to the "poorest of the poor." She did not adopt this strategy on the strength of statistics. She marched her sisters into Calcutta's most fetid slum because Jesus had directed her to. In a series of locutions and visions that began during a long train ride in 1946, he had challenged her, she later wrote, saying "[T]here are plenty of nuns to look after the rich and well-to-do people. But for my very poor, there are absolutely none. Wilt thou refuse?"

Explaining that mystical encounter in theological terms, Teresa said that she was bound to serve the "Jesus in his distressing disguise" among the poor. She also parsed it biblically, quoting the Gospel of Matthew (25:40), where Jesus describes the inheritors of his kingdom as the feeders of the hungry, the clothers of the naked and the tenders of the sick: "As you did it to one of the least of these my brethren, you did it to me." She never employed "metrics." As she constantly reminded both critics and supporters, she was not a social worker. Her definition of "good" was not based in efficiency but on fidelity.

Nevertheless, it now appears that her model was more efficient than the received NGO wisdom. Much more. According to the Times, Unicef, crunching data from 26 countries, "can now document that $1 million helping children 5 years old and younger in the most remote, disadvantaged areas of poor countries would prevent 60 percent more deaths than their current approach." Sixty percent. That would be, again in the Times's words, "a stunningly higher return on investment."

It would be a shame if the message we took away was the no-nothing cant of the early George W. Bush administration, which was that non-private organizations in general, and the U.N. in particular, are made up of soulless bureaucrats who would rather establish additional bureaucracy than save a life. That's not the case here. Not only because Unicef has demonstrated a remarkable capacity for independent thought and self correction; but because the rationale for the received strategy—that more lives are saved in poor countries "by focusing on the easiest people to reach…usually…those in cities, where there are hospitals and transportation," explains the Times—makes perfect sense, even if it turns out to be wrong.

Still there may be something to be gained by comparing the two methods, and the ground from which Teresa's sprang. Her calling led her to a philosophy of utmost intimacy. Because of her identification with the Christ of the Passion, she and her Sisters didn't just offer direct help: they lived among the people they were helping, and, up to the point where it sacrificed their own health and efficacy, lived the same impoverished lifestyles. They knew, as Unicef apparently did not until recently, that those in need are always accessible, and therefore "helpable," if one applies enough ingenuity and willpower. Her faith led her to the straightest-line-between-two-points conclusion that the best way to save the lives of the poorest was to go to the poorest and save their lives.

There are many ways in which Mother Teresa might be a poor model for an NGO. There is, for instance, her alleged willingness (unproven but not proven false) to tolerate second-rate medical techniques in her homes for the dying. The reason this claim has some traction is because her impulse to identify suffering as Christ-like, and to restrict her ministry to the dying by using only simple means, may in some cases have outweighed the desire to cure. (At the same time, her sisters also cured many people.) That is, it is possible to imagine that Teresa's Passion theology outweighed Jesus’ mandate from Matthew. Unicef need not follow her example here.

Yet there is among some NGO administrators a kind of disdain for their religious brethren, as if the stimulus for their work remanded them to a different and lesser playing field. Especially when the ministries are engaged in explicit evangelization, they may truly be operating from an incompatible set of premises. We should hope, along with the Times' editors, that the U.N. allows Unicef to act according to its own findings, which were certainly not faith-based.
But at the same time it would be nice if someone would recognize that sometimes the saints are right—by anybody's metrics. 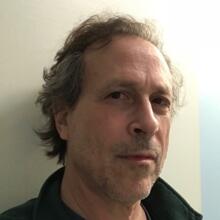 David Van Biema is the writer of the newly released biography

It's not counterintuitive. Public Health officials have maintained for many years that maternal and infant mortality rates are the best indicators of a healthy or unhealthy social system.

Perheps in the realm of politics it's counterintuitive, but to the folks who do the work, "boots on the ground', it's women and children first.