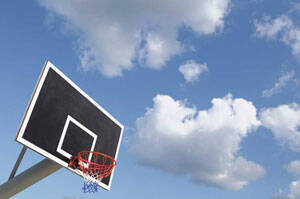 I stare at my mortality, reading in a magazine that Bob Cousy, the great Boston Celtics basketball player of the 1950s and 60s, is 80 years old. Bob Cousy—80! Once he was the wizard of the hardcourt and I was a kid who wanted to be Bob Cousy—not James Dean or Elvis, mind you. I practiced five, six hours a day shooting, dribbling, passing to be like the Cooz. At 68 now, I am on the homeward-bound side of life’s slope, not playing many more basketball games, moving closer to my step into that long, terrifying night, that waiting world. Bob Cousy pushes my thoughts on death because we once discussed mortality.

It is a brilliant summer day on Cape Cod Bay. Cousy and I are playing a round of golf at the New Seabury Country Club. He looks alive and healthy, tanned as a shiny penny, trim as a trout. Somewhere around the fifth hole, he says, “You know, athletes are indestructible. That’s the way we think, but these days I’m more aware of my mortality.”

There is a slight hint of uneasiness in his voice. Immediately I think of Rousseau’s line: “He who pretends to look on death without fear lies.” I ask him, “Does the thought of death frighten you?” He becomes intensely introspective before replying, “No, the thought of nothingness after death does, but my faith pushes me to view death with promise.” As we talk I get the impression that Cousy, who has kept the faith, sees himself ascending to heaven in the company of popes and kings, roofers and teachers, truck drivers and C.E.O.’s. He adds, “I hope religion is not just a cop-out.”

Death is the other side of silence. One can curse it or bless it. Raging at God, who is un-touchable, gets you nowhere. Better to embrace the ideal at Catholicism’s heart: that the afterlife is a comfort, a bulwark to life. To die is to gain—to live again.

This awareness, raised by Bob Cousy’s being 80 years old, brings me spiritual clarity. It demands that I become more a receiver of God than a filter. I also sense that mortality need not destroy me nor infect the time I have left with a give-up, give-in attitude. Instead it provides strength for the time remaining to savor my most fundamental yearnings: to keep expressing and believing in the power of language; to love others (for what is life without love?); to play, for playing speaks to the heart of being human; to pray, knowing that here I must earn the next and final stop; and to buttress my belief that death is not separation but transformation, not termination but transcendence.

The Cooz and I come from the 1950s, a time of optimism, prosperity and affluence, when it seemed as if anything was possible. The Catholic Church prospered and the seminaries turned out plenty of priests. Big city parishes were filled with families who willingly sent their children to Catholic schools. Corpus Christi, my parish grade school in the Paradise section of Philly, was so loaded with kids—50 in each of the eight classes—that the sister principal had to segregate the boys from the girls. All seven Sunday Masses were filled.

Catholics grew up as part of the scenery, part of the times, comfortable with their roots, stability and parish training. Catholics learned a code of discipline, a focused work ethic, humility and a praise of God.

As a hard worker, team player and man of faith, Bob Cousy was perfect for the 50s. His creative passing and fast-breaking game boosted the promise of professional basketball. Cousy’s play attracted more fans in the seats and lifted the N.B.A. out of its second-rate professional sports status. And his electric style was showcased on television, where Bishop Fulton J. Sheen also appeared as a powerful figure in the lives of Catholics.

The zeitgeist of the 50s connected Catholics to their faith, to their history and to larger alliances like family, friends, neighborhood and tradition. It gave meaning to their lives and made sense of life. What bound us to Catholicism were these: the honest zeal of the parish priest, the birth and baptism of a child, our fathers taking us to Holy Name Society breakfasts, the sacredness of transubstantiation and the doubts about justice in civil society.

“My college was instrumental in my faith,” Cousy tells me on Cape Cod Bay. He attended the College of the Holy Cross, where he was imbued with the Jesuit tradition of giving back and paying forward. He did just that.

In l956 Cousy befriended the first black Celtics player, Chuck Cooper. Once when the team was in Raleigh, N.C., for a game, Cooper was told he could not stay in the team’s hotel that night because of his color. So Cooper decided to take a train to New York after the game, where the Celtics were to play the next day. Cousy, concerned about his teammate, went with him. They both waited five hours on the station platform for the 3 a.m. train.

On the sixth tee Cousy tells me that the Chuck Cooper experience had a profound effect on him. It forced him to embrace further the spirit of the Jesuit teachings: he became a Big Brother to Kevin, a 6’2” African-American 14-year-old. Cousy recalled a time at Blessed Sacrament, his parish church, in Worcester, Mass., where he has lived for 63 years: “It was a completely white parish. One Sunday when the church was filled, I marched down the middle aisle for Mass with my black little brother Kevin.” At Holy Cross, Cousy’s senior thesis was titled “The Persecution of Minority Groups.”

Personally, I am hoping and praying for a piece of paradise. It isn’t Key West, Aspen or Palm Beach, but that place with no referent postcard. What good is heaven if anyone who wants to can walk right in? I know it’s there, simply because I have seen a full moon, a single star, a sunset, the mountains, an ocean deep, the wilderness where the night air is as magnificently quiet as it is cold and clean, a rainbow that blows your sneakers off—all signs that point to paradise.

Just as surely as there are signs that ripen our spiritual perspectives, there are moments in our temporal life when clarity grows. Bob Cousy’s turning 80 is one such moment for me. Knowing that life is a terminal condition, I also know this: God draws life out of death. That’s good enough for me.

B. G. Kelley, of Philadelphia, has published in The New York Times, Sports Illustrated and elsewhere. He was a two-year starting point guard for the Temple University basketball team.

Filled with insight, and a great read to boot. Thanks!

As a Holy Cross graduate (1957) who admired Bob Cousy for his basketball prowess I was impressed and deeply moved by this revelation of his spiritual side.