Faith and Its Contents 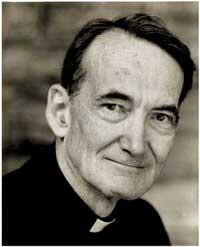 An Irish pastor is supposed to have told his congregation that the doctrines of the faith are conundrums devised by God to keep us humble. Some insufficiently instructed Catholics seem to accept this view. They believe in the Trinity, the pope, the seven sacraments, indulgences and possibly guardian angels, for the good, but insufficient, reason that all these tenets seem to be imposed by ecclesiastical authority.

This authoritarian, extrinsicist view of faith can easily breed a sense of emptiness and indifference. Some imagine that it makes little difference what God has revealed so long as we believe it. Devout Christians sometimes say, unconscious of the implied blasphemy: “I’d be just as glad to believe that there are five or ten persons in God as that there are three.” Such an attitude reflects a dangerous failure to appreciate the intimate connection between the act of faith and its doctrinal content.

The content of faith, especially in central matters such as the Trinity and the Incarnation, cannot be divorced from faith itself. Faith is not an empty sack that can equally well be filled by anything God chooses to say. The doctrines are articulations of what faith, in its inner reality, already is. They illuminate the inherent structure of any act of faith.

From another point of view, the structure of faith is Christological. The dialogue of God’s self-communication and man’s acceptance reaches its highest point in the event of Jesus Christ. Every other divine gift or human acceptance is only a reflection of what God intended to accomplish, and did accomplish, in Christ. For this reason the New Testament can describe Christ as the “author and finisher of faith” (Heb. 12:1). All faith comes from, and tends to, Him.

The total Christ-event may be broken down into three steps. First, in the Incarnation, God shows his loving initiative: He comes in the Spirit and empowers Mary to conceive the Word made flesh. Secondly, Christ as man responds with total generosity, especially in His passion and death. The obedience of the cross might appear to be a victory for evil, but it is the greatest triumph of grace and brings Christ’s human existence to its supreme fulfillment. Thus the cross ushers in the third phase, the resurrection, which expresses the mystery of life through death.

The central doctrines of the Incarnation, the cross and the resurrection embody what the Christian community, over the centuries, has found most meaningful in the Christ-event.

In revelation—corresponding to Incarnation—God enlightens us by His Spirit, thus enabling us to conceive and utter His Word. Then in our act of faith we freely respond, adhering to God’s Word with fidelity. As we surrender ourselves in love, we already begin to experience the peace that only God can give. Since the life of grace on earth gives an anticipation of the glory that is to come, it corresponds in some way to Christ’s risen life. Thus our experience in faith mirrors on a smaller scale the form of Christ’s own life, which is its source and exemplar.

What we have said about the Trinity and Christology could be extended, with some distinctions, to the whole range of revealed truth. Theology in our day cannot be content to make up lists of truths that have to be believed, even though they may seem irrelevant or meaningless. Since theology is the study of God as He gives Himself in friendship, the theologian cannot speak about God without also speaking of man. Good theology enriches human life by focusing attention on its heights, its depths, its total meaning and direction. By faithfully performing this task, theology can dispel the illusion that faith is a mere matter of passive conformity with Church decisions. Faith is a living communion with the God of love.

Cardinal Avery Dulles, S.J., died on Dec. 12, 2008, in New York City. This article appeared in America on April 13, 1968, while Father Dulles was a professor of theology at Woodstock College in Woodstock, Md.

Believing for the sake of believing is not faith; it’s a form of fantasy at best, denial at worst. Faith is a response. God provokes belief. To claim belief but ignore the content is insulting; it tells God you’re not listening to what he has to say anyway.

That’s why the common secular definition of faith (“believing without evidence”) is so false. The secular definition presumes that there’s nothing real being believed. Not seeing the reality in the first place, therefore, the secular critic thinks the response comes first, and faith is a self-created fantasy. They see the response as the first action. True faith comes second.

My God and King!  You are Providence in my life!

Right now You manifest in this dark night as a friend

bringing relief from pain I could not have obtained

any other way... faith, like a sweet cherry so fresh

and juicy when no other food has come... as LOVE

for another taken from this heart full to bursting

and dwelling on the Mystery of Your Splendour

only causes this already burdened soul such passion

she knows it best to pause awhile and rest...

Others, in their concern and care, give advice

or reckoning meant well, of course... or simply flee.

But this one to her Lord must turn... (where are You?)

in the Passion of Christ.  He asks us each to imitate

His... and when it's done we rise again... Providence all-

and Providence again.  When we give, it comes back to us.

You asked me to wait in Your Sacred Heart-so I do my duty...

knowing this is key to Paradise and earthly bliss.

Whether it is now or in a thousand years matters not-

I am honored by the cross; My God! Why have You abandoned me!

and He... in total Mystery and deep, abiding sympathy

reaches in silence as the Force of Seas.

Edison Woods
13 years 7 months ago
Edison Woods
13 years 6 months ago
Faith without reflection is not Faith. Yet the person who questions without hope of understanding the answer as opposed to merely disagreeing with it is a fool. Therefore, it is not intelligent merely to question nor is it stupid to believe without complete understanding. This means that true Faith is a grace from God and nothing else.