Sanctity and the Secular: Have contemporary artists lost the idea of holiness?

When a revival of Robert Bolt’s marvelous play “A Man for All Seasons” opened on Broadway last October, the New York Times critic Ben Brantley, usually reliable for intelligent insights into theater and serious reflection on dramatic themes, wrote a strange review. Brantley seemed uncomfortable with the saintliness of the main character, Thomas More—namely a singlemindedness that involved a heroic commitment to Christ and led to a martyr’s death. What I can only describe as the critic’s uncustomary myopia set me thinking about a number of plays, films and novels that since the “secular 60s” either successfully or unsuccessfully have attempted to depict holiness. Those that failed have lacked an essential component: a character whose life is centered on God.

Some artistic creations have confused sanctity with a loss of sanity. The classic example is Peter Shaffer’s play, “Equus,” which enjoyed a revival at the same time as Bolt’s play. In “Equus” a psychiatrist (a contemporary secular man no longer showing any passion for his profession or indeed for anything) envies the passion and excitement of an extremely neurotic, perhaps psychotic, young man who has gouged out the eyes of several horses, confusedly identifying them with a “divine stare” that viewed his sin of fornication in the stables. The horses’ gaze is like a Sartrian stare that provokes guilt without absolution.

The psychiatrist is emotionally and spiritually dead. He has no purpose or cause to give his life significance. One of T. S. Eliot’s “hollow men,” he lacks enthusiasm for his vocation, not believing that he has been called by an Other. Jealous of the young man’s passion, which will disappear once he cures him, the psychiatrist in a closing soliloquy says: “In an ultimate sense I cannot know what I do in this place—yet I do ultimate things. Essentially I cannot know what I do—yet I do essential things. Irreversible, terminal things. I stand with a pick in my hand, striking at heads…. I need—more desperately than my children need me—a way of seeing in the dark. What way is this?... What dark is this?... I cannot call it ordained of God; I can’t get that far.”

That contemporary artists have difficulty depicting sanctity should not be surprising. There is much testimony, both scholarly and anecdotal, that we live in a thoroughly secular time. Charles Taylor’s weighty tome, A Secular Age, is one of the more recent studies tracing the loss of a sense of the divine. Years ago in his study of existentialism, Irrational Man, William Barrett noted that even if there were a genius in the contemporary world the equal of Dante, he or she could not write The Divine Comedy, because the intellectual atmosphere in which the world is looked on as sacramental no longer exists to nurture such a creation.

A few years ago I attended a memorial for a well-known Broadway director. Producers, writers and actors extolled the extraordinary talents of the deceased. What came across to me was the director’s sense of mystery, his almost mystical relationship with the theater. Yet in all the talks at the memorial, the word “God” was never spoken, nor did anyone make a reference to a life beyond the grave. When the ceremony ended, I said to my companion, an actress, “Am I mistaken, or have all these people substituted art for religion?” Without a second’s hesitation she replied, “Yes, of course.”

In his recent book, Do You Believe?, which contains interviews with 18 celebrities influential in our culture, Antonio Monda asked two questions: Do you believe in God? and Do you believe in a life beyond the grave? Tho 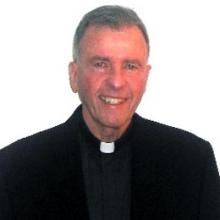 Rev. Robert E. Lauder, professor of philosophy at St. John’s University in New York, is the author of Magnetized by God: Re-ligious Encounters Through Film, Theater, Literature and Painting(2004).