That Motown Sound: Berry Gordy, Jr. and the African-American experience 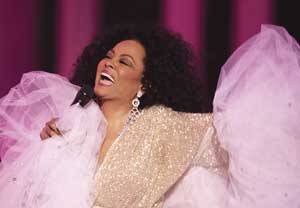 Throughout 2009 Motown Records is celebrating its 50th anniversary with a series of special events and performances that kicked off on Jan. 12. Motown’s extraordinary accomplishments include an unprecedented 63 number-one hit songs from 1961 to 1971 by artists that make up a Mount Rushmore of pop music: Smokey Robinson, Marvin Gaye, The Supremes, The Temptations, Martha and the Vandellas and The Four Tops, among many others.

The music Motown created, which symbolizes coming-of-age and celebration, is timeless and still important to many. Motown placed African-Americans firmly in the pop music pantheon and created a new sound that appealed to people of all races.

In 1959 Berry Gordy Jr. started Motown Records in Detroit with an $800 loan from his family. Four years after Brown v. Board of Education cleared the way for racial integration and four years before Martin Luther King Jr.’s “I Have a Dream” speech, Gordy, an African-American, initiated a pop music revolution in the United States. He modeled Motown Records on the automobile assembly line he had worked on earlier in his life. He aimed to turn out hit songs, create top-of-the-line artists and present a polished image that could be marketed to a general audience. Gordy recruited several songwriters to churn out records. The most famous team was Holland-Dozier-Holland, who penned dozens of popular songs for Motown, including “Please Mr. Postman,” “Where Did Our Love Go?” and “How Sweet It Is (to Be Loved by You).” Gordy’s model succeeded and Motown became the country’s first “hit factory.”

Motown was more than a music studio, however. It was also a school for the singer-performers, many of whom were local teenagers from less than privileged backgrounds. Diana Ross, for example, lived in Detroit’s Brewster-Douglass projects before getting her big break with Motown. Gordy employed instructors to help his performers choreograph their acts and to teach them proper poise and etiquette. The record company drew heavy criticism, however, for what some believed was a disgraceful practice of making black singers palatable to a white audience. During the 1967 Detroit riots, Motown Records received a number of threatening phone calls.

Ready for a Brand-New Beat?

The success of Motown came largely from what is referred to as the “Motown sound,” which flowed from three sources. First, the Funk Brothers, the Motown house band, made a major contribution to this unique sound. These musicians performed on most of the Motown hits from 1959 to the early 1970s, but, unjustly, were seldom credited on the album covers. The Funk Brothers were responsible for the consistency and groove of the Motown sound.

Second, the Motown sound used a primitive but effective method of generating a “reverb” that helped make some songs sound as if they were recorded live on stage. The music and vocals were broadcast from Motown’s famous Studio A to the attic of the building (known as the echo chamber) through a hole cut in the ceiling. The sound bounced around in the vacant space, was picked up by a microphone and recorded. Years before synthesizers and computerized recording, this was an ingenious method of creating a unique sound.

Third, the performers also made liberal use of the tambourine. Black church gospel choirs often played a tambourine to keep a dynamic rhythm steady and excite a congregation. Motown borrowed this idea for a number of its hit records. The tambourine was simple to play, easy to record in the studio and, as it turned out, more pleasing to the ear when the music was played on small transistor radios, which were popular during Motown’s peak years.

Motown Records served an important role in the civil rights struggles of the 1960s. Their “Spoken Word” series held the exclusive right to record the speeches of Martin Luther King Jr. In June 1963, two months before the March on Washington, Motown recorded King’s “I Have a Dream” speech as he delivered it in Detroit.

The company was also an active participant in the improvement of the city of Detroit, and it hired local African-Americans for prominent jobs. As the leader of the largest black-owned business in the country, Berry Gordy himself was a role model for young African-Americans, which was no small thing at the time.

In addition to its fun, bouncy hits, Motown also produced socially conscious pop music. Marvin Gaye’s classic 1971 album “What’s Going On,” one of the last Motown albums recorded in Detroit before the company moved to Los Angeles, is a perfect example of music that shines a light on justice issues like inner-city poverty, racism, war, environmentalism and drug abuse.

While Berry Gordy initially opposed Gaye’s desire to record this album because of the serious nature of the lyrics, Gordy eventually conceded. It became one of the biggest selling Motown albums of all time. The title song also paved the way for later artists to highlight social concerns. Contemporary rock, soul and R&B artists of all races still cite “What’s Going On” as a major influence.

While the music of Motown did not change race relations either quickly or singlehandedly, of course, it was the first popular music in the United States marketed to people of many races. Ironically, many today note the joy and innocence associated with the music, but the back story is that during a disgraceful time in U.S. history, when blacks were being beaten on the streets of urban America, Motown stars were performing to the delight of white audiences, slowly chipping away at racist attitudes. In this anniversary year, fans are celebrating the music of Motown—and more than that. For its fans, Motown also became a symbol of hope. 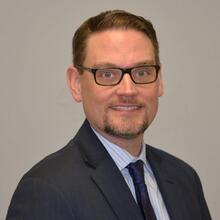 David E. Nantais is an adjunct instructor of philosophy and religious studies at the University of Detroit Mercy. His favorite Motown song is “I Can’t Get Next to You,” by The Temptations.

Show Comments (
1
)
Comments are automatically closed two weeks after an article's initial publication. See our comments policy for more.
14 years ago
Motown still has and will continue to have an influence on future generations. I'm a 'Boomer' and among the other ministries I do at my parish in Surf City, I lead in the Children's Liturgy of the Word. When the spirit moves me, and the scriptures demand it, I lead the little ones in a hymn or two from Curtis Mayfield: 'Amen'; or the Edwin Hawkins Singer's 'Oh Happy Day', or 'Let us go into the house of the lord.'