A Little Unbelief...: ...is not always a bad thing

A Little Unbelief...: ...is not always a bad thing 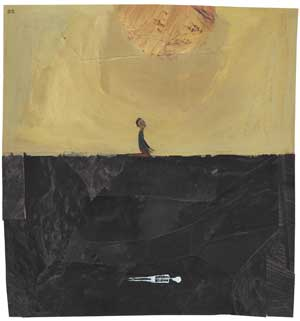 There has been no shortage of books lately denouncing religion, including Richard Dawkins’s The God Delusionand Christopher Hitchens’sGod is Not Great: How Religion Poisons Everything (how’s that for a temperate title?). Yet none of them rises to the level of vituperation shown by H. L. Mencken, a “despiser of religion” in the early 20th century, who wrote: “I believe that religion, generally speaking, has been a curse to mankind—that its modest and greatly overestimated services on the ethical side have been more than overcome by the damage it has done to clear and honest thinking. I believe that no discovery of fact, however trivial, can be wholly useless to the race, and that no trumpeting of falsehood, however virtuous in intent, can be anything but vicious.”

For many of us, a knee-jerk reaction to such attacks is to rush to the defense of the beleaguered institution of religion. But before we do, perhaps we could take a detour and consider the valuable service disbelief can render.

The Dangers of Certainty

I suppose it is a systemic hazard of religion to engender a spirit of absolute certitude in many believers. There have always been those who claim to have complete certainty about what is on God’s mind. The rabbis of the Jewish tradition cautioned against this certitude by asserting that prophecy was lost to Israel after the destruction of the Temple “with the exception of children and idiots.” Still, the voices of religious certainty continue to be shrill and vexing even in our day. We hear words of certainty about the “will of God” preached in mosques all around the world and on the lips of suicide bombers. When these words come from afar they frighten us, but they should be no less disconcerting when uttered within our midst. Have we become inured to hearing such sentiments espoused close to home? It may be the media preachers claiming that God sent the World Trade Center attacks or Hurricane Katrina. It may be Pastor John Hagee saying that God intended the Holocaust for one purpose or another. This past year a religious party member of Israel’s Knesset asserted that God had sent an earthquake, which mildly disturbed the country, as a punishment for the attorney general’s having granted gay and lesbian couples the right to adopt children. If faith involves such certainty about the will and purposes of God, perhaps a dose of atheism would do us all some good.

A candidate for national office in the recent U.S. election once described certain government actions—including the pursuit of the war in Iraq—as divine will. What a tragic devolution from the majestic pronouncements of Abraham Lincoln in his second inaugural address! In that speech Lincoln acknowledged religious uncertainty as he reminded his hearers that even as the North and South continued in their terrible conflict, “Both read the same Bible and pray to the same God, and each invokes His aid against the other. It may seem strange that any men should dare to ask a just God’s assistance in wringing their bread from the sweat of other men’s faces, but let us judge not, that we be not judged. The prayers of both could not be answered. That of neither has been answered fully. The Almighty has His own purposes.” Indeed, Lincoln had the spiritual heroism to begin his peroration with the clause, “Yet, if God wills….” This is a level of spiritual humility in tragically short supply among today’s theo-political seers. From the religious certainty of so many who would be our leaders, atheism seems almost a welcome alternative.

I do not believe in a God whose will or motives are crystal clear to me. And as a person of faith, I find myself deeply suspicious of those who claim such insight. My faith carries within it a healthy dose of skepticism. Paul Tillich cautioned in Dynamics of Faith that “literalism deprives God of his ultimacy and, religiously speaking, of his majesty. It draws him down to the level of that which is not ultimate, the finite…. Faith, if it takes its symbols literally, becomes idolatrous! It calls something ultimate which is less than ultimate. Faith, conscious of the symbolic character of its symbols, gives God the honor which is due him.” This same perspective was expressed by Abraham Joshua Heschel in Man Is Not Alone (we can safely add “will of God” to what he says of God): “God cannot be distilled to a well-defined idea. All concepts fade when applied to His essence. To the pious man knowledge of God is not a thought within his grasp….” Or perhaps Martin Buber put it most succinctly: people “draw caricatures and write ‘God’ underneath.” Perhaps all three are telling us that in the face of the symbolic literalism of the “well-defined idea” or the caricature, true faith demands of us a certain measure of pious atheism.

There is one more face of atheism that I can embrace wholeheartedly. It is embodied in a story about the revered leader of European Jewish Orthodoxy at the beginning of the 20th century, Yisrael Meir Kagan of Radun, popularly known as the Chofetz Chaim. It was his wont to teach that there was a purpose for everything in God’s creation. Once one of his students challenged him, “What can be the purpose of atheism?” The Chafetz Chayim replied, “so that when you see a person who is in need, you shouldn’t pass them by, believing that God will take care of them.” In other words, act as if there were no God: take care of them yourself. That is an atheism that is life-affirming. Would that the religious world were populated by more atheists like that.

Of course there are religious alternatives to either the false certainty of so many or the atheism of total rejection, which is why I can give “two cheers for atheism,” but cannot bring myself to offer up that third cheer.

I believe a healthy measure of skepticism was encoded in biblical faith. We can hear it in the prayer of King Solomon at the dedication of the Temple in Jerusalem. Even as he inaugurated the use of that place on which had been lavished so much effort and wealth, even as he established his “House of the Lord” as the center of Israelite worship, he asked: “But will God really dwell on earth? Even the heavens to their utmost reaches cannot contain You, how much less this house I have built!” (1 Kgs 8:27). Solomon, to whom Scripture ascribes exceeding wisdom, understood the dialectical movement of seeking God in the Temple he had built and yet understanding that no finite edifice could contain God. No doubt we can acknowledge that our intellectual edifices are no more capable of containing the fullness of the Infinite One.

Such a dialectical sensitivity seems to have been present from the time of the canonization of the Hebrew Scriptures. We have records of rabbinical debates about the inclusion of the Book of Esther or the Song of Songs, but no record of objection to the inclusion of the Book of Job. Yet that book raises the most profound issues of faith. Job is described as a perfectly righteous person, but all kinds of horrible things happen to him. His friends come to comfort him by repeating the accepted religious formula of that time, one that is enunciated earlier in Scripture itself: “Now you know bad things happen when you have behaved badly. Why not tell us what it is you have done? You will feel a lot better.” But Job continues to assert his absolute innocence, and we readers know that Job has done absolutely nothing wrong. So we are entitled to be as confused as he is about why these terrible things have happened to him.

When God appears to Job and his friends “out of the whirlwind,” God does not even address the friends, who are, after all, attempting to defend God’s justice in the terms of the ideology of the moment. God speaks directly to Job, who had been challenging God and doubting the working of God’s ways. God essentially tells Job: “Your friends are wrong. They ‘add ignorance to confusion.’” God goes on to say, in effect, “Don’t think you can explain Me. Don’t imagine that you can understand Me. Don’t try to reduce my actions to some simple formula. I am just too much for your limited understanding.” In its own revolutionary way, the Book of Job contradicts earlier teachings in the Bible that sought to explain God in terms of simple cause-and-effect relations. It is those old formulas that the Book of Job dismisses, leaving us with a God whom we worship but know we will never comprehend.

Jewish tradition also enshrines this faithful skepticism in its liturgy. Every Jewish service ends with a doxology called the Kaddish. Customarily thought of as a mourners’ prayer, it never refers to death at all; rather it is devoted exclusively to extolling God. Yet in the midst of its effusive exaltation, we find embedded the idea that God is not easy to grasp. At the brink of the service’s completion, as worshipers prepare to walk out the door, the liturgy reminds us that God is “beyond all the praises, songs and adorations that we are able to utter in this world,” reminding us not to leave the service feeling smug, as if we had said everything about God that could be said. We can only approximate God and acknowledge the paucity of our effort.

This is a most challenging kind of faith: to live with a God we cannot fully understand, whose actions we explain at our own peril. This God is at the center of our lives. This may be a rockier path to walk than that of either simplistic absolutism or of atheism, but it is the faith of honest men and women, a faith defined by spiritual humility. We can hope such a path leads to the destination promised in the Book of Psalms: “This is the Gate of the Lord, the righteous do enter it.”

This article also appeared in print, under the headline “A Little Unbelief...,” in the February 2, 2009, issue.

Daniel F. Polish, former director of the Commission on Social Action of Reform Judaism, is the spiritual leader of Congregation Shir Chadash of the Hudson Valley in Poughkeepsie, N.Y. He i