A Happier Tomorrow: 'I'm inspired by the astonishing optimism of other Americans.' 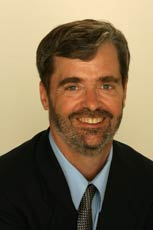 Talk about the audacity of hope: A recent survey of American popular opinion taken after the election showed that more than 70 percent of respondents believed the nation would be better off in four years. This sentiment would seem at odds with the predictions of experts who insist that our economic problems will take years to resolve. Perhaps those optimistic Americans were not thinking simply in terms of dollars and cents.

A generation ago, we placed our faith in a false deity called the market, and now we are faced with the consequences of our actions. But if polls are to be believed, many of us believe today’s suffering will lead to a happier tomorrow. Surely the election of a new president, regardless of his historic importance, cannot be solely responsible for this surprisingly sanguine outlook.

Could it be that a new cohort of Americans—Generation Obama—can envision a nation that is happier and healthier despite harder times? Are we about to enter an era in which personal happiness and the global marketplace are not inextricably linked, when satisfaction is no longer seen as the sum total of our possessions? The nation’s inexplicable optimism would seem to suggest that such a time is coming.

We have heard this before, of course. Politicians like Jerry Brown and Jimmy Carter in the 1970s encouraged us to redefine our expectations as resources diminished and American power faded. Ronald Reagan insisted that Americans need not settle for less, that the American narrative was and would continue to be about more. That, he argued, was how we measured progress: more income, more bread on the table, more discretionary income, more spending, more jobs. Only the market, he said, could produce more.

And so, a generation ago, the market was accorded all kinds of mystical powers over the affairs of mere mortals. It quickly rewarded our faith with well-deserved riches; it punished those who worshiped the golden calf of regulation. Americans willingly gave up collective rights in pursuit of individual affluence. Rather than rely on government-managed Social Security, we grasped the opportunity to play money manager with our 401(k) accounts.

And oh, the lessons we taught our young! They came to believe that they were endowed by the market with certain inalienable rights, including designer clothes, personal electronics and the pursuit of brand-name degrees and lucrative careers. The scriptures of consumption—teen magazines, movies, television commercials—offered instruction in the rituals of shallow desire, with results plainly evident during any visit to any shopping mall anywhere in the nation.

Now, however, more is out of fashion. The market has been exposed as a fraud, not so much a deity as an old-fashioned hustler.

You would think we have entered into an age of despair and disillusion, with the betrayed faithful looking for scapegoats and explanations. Instead, the nation sees deliverance on the horizon.

How to explain? Perhaps, with the historic election of our first African-American president, we are enthralled with possibilities rather than depressed by realities. Perhaps this moment in history, imperfect though it may be, has inspired Americans to think beyond the next purchase, the next deal, the next dividend.

Of course, that would not be hard to do, considering that there is not enough money around to make the next purchase, facilitate the next deal or make the next dividend. Still, the optimism of my fellow Americans has me both confused and inspired.

The confusion is easy to explain. Perhaps it’s my age, but I have a hard time piercing the clouds of today to see the sunshine of tomorrow. Each day brings new reminders of the folly of our recent past, and as I watch my modest savings—for retirement and college tuition—dwindle, I take grim solace in the knowledge that had I saved more, and sacrificed more, I would have only lost more. How’s that for optimism?

But despite the latest bulletins from Wall Street and Detroit and the markets overseas, I am inspired by the astonishing optimism of other Americans, many of whom, no doubt, have suffered worse blows than I have sustained. I find it hard to believe that these sanguine Americans envision a return to mindless consumption unregulated competition and scandalous misuse of resources. I find it hard to believe that those who think 2012 will be better than 2008 are thinking of the Dow Jones industrial average.

Perhaps they envision an America that is celebrated for its goodness rather than feared for its power, that is focused on life instead of death, that is generous to its immigrants and its poor, that is intent on providing decent medical care to all who need it. Perhaps the America they envision is one that no longer believes in consumption for its own sake, that is even more accepting of difference than it is today, that has made political hate speech not a crime but a sin against civility.

If that is the America they see in four years, if they believe the nation can move in such a direction over so short a period, no wonder they have not given in to fear and anxiety. No wonder the headlines of today do not discourage them.

I hope they are right about the next four years, and beyond. I look forward to watching it all unfold.

Watching? That’s not good enough anymore. It is time some of us got off the sidelines, don’t you think?