The True Cost of Care: The complicated relationship between the market and government health programs 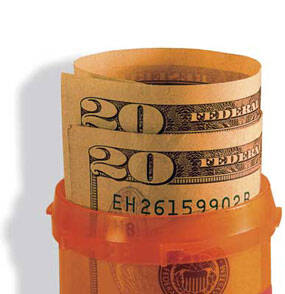 As the presidential campaign goes into full swing, the American public is likely to be bombarded with the kind of misleading clichés and false dichotomies that distort serious discussion of health care reform in this country. One of these false dichotomies is “private market versus government” health care or “private market versus socialized medicine.” Both terms mislead because their users seem not to understand precisely what the terms mean or, if they do, use them mischievously. The term “socialized medicine” in particular conveys to some an objectionably “un-American” form of government: socialism.

A major problem with the term “private market” is that the term refers not to one single thing, but to a wide range of alternative mixtures in which a government interacts with private players in the health care sector. In fact, there hardly exists a private market in which the government does not play some role. Worse, the term frequently is misused as a synonym for “competition,” which, when placed in opposition to “government,” implies that government-sponsored care is not and cannot be competitive. Yet competitive health care already thrives in heavily government-controlled health systems, like Medicare. In Medicare and in the Canadian provincial health plans as well, private and public providers of health care compete purely on quality of service for patients covered by government-run health insurance systems.

With “social insurance” a government operates or tightly regulates large risk pools to which individuals can shift the financial risks they face as individuals with premiums based on their ability to pay. Both Medicare and the Canadian government-run health plans work in this way. Typically, the sickest patients are not kept out of the pool, which includes all those who are eligible. Social insurance systems typically buy health care from a mixture of private for-profit and not-for-profit institutions. This takes place under both Medicare and Medicaid in the United States, under the single-payer, government-run provincial health plans in Canada and under Taiwan’s government-run, single-payer health insurance system. Examples of social insurance outside of health care can be seen in the principle of limited liability for corporate shareholders, which has made modern capitalism possible, in the federal government’s current bailout of Wall Street or in the federal government’s provision of disaster relief to afflicted states.

By contrast, “socialized medicine” implies that a government not only organizes the risk pools for health insurance, but also owns and operates the health-care delivery system. The National Health Service of the United Kingdom or the county-based health systems of the Scandinavian countries represent socialized medicine, as does the health system of the U.S. Department of Veteran’s Affairs. Luckily for our veterans, the V.A. is now widely regarded as being on the cutting edge of the smart use of health-information technology and quality control. A European must find it amusing to hear American politicians rant against socialized medicine while at the same time supporting the V.A. health system.

The advantages many proponents see in social insurance systems are these. First, they offer individuals financial protection over their entire lifespan. Second, they are relatively inexpensive to administer. Third, they obey the principle of solidarity, which requires that all members of society have access to needed health care on roughly equal terms. That principle is sacred in European nations, being viewed as part of the cement that forges a nation out of a group of people who happen to share a geography. It is a term not usually employed in the American debate on health policy. A pitfall inherent in these social insurance systems is that governments may underfund them.

In the United States, when private insurance is procured by an employer in the group market for health insurance, premiums tend to be community-rated over all the employees in the firm. In a sense, such group insurance may be described as private social insurance. Because that form of coverage is tied to a particular job, however, it is temporary and lost with the job. On the other hand, if private insurance is purchased by individuals in the non-group market, premiums tend to be “medically underwritten,” which means that they reflect the individual’s state of health. Such insurance, like the social insurance systems just described, usually does not provide coverage for the full life-cycle.

To think more clearly about the issue of private market versus government care, it is helpful to list the distinct economic functions any modern health system must perform, and then to ask who best can perform each of those functions, given the ethical constraints a nation is willing to impose on its health system. The five functions are:

• the financing of health insurance and health care, by which is meant the process by which money is extracted (premiums or taxes) from households and individuals, the ultimate payers for all health care;

• the protection of individuals from the financial inroads of illness through larger risk pools (i.e., health insurance);

• the production of health-care goods and services;

• the prudent purchasing of these goods and services by or on behalf of “consumers” (formerly called patients);

Whether individuals, government, a nongovernmental entity or the patient best performs each of these functions depends on two distinct considerations.

First, ideally there should be a political consensus on the ethical precepts that the health system is to observe. Should health care be available to all members of society on roughly equal terms, or is it ethically acceptable to allow access to health care, its quantity and its quality to vary by income class? Should health care transactions be ruled by the principle of caveat emptor, or would that be unfair? Is it ethically acceptable, as it seems to be currently in the United States, to let individuals and households slide into bankruptcy because of unpaid medical bills? In their debates on health policy, Canadians, Europeans and Asians usually make explicit these ethical precepts and view them as binding constraints on public health policy. In the United States, remarkably, the social ethics of health care are rarely discussed explicitly. Instead, the ethical norms are allowed to fall out of the technical parameters —e.g., deductibles, coinsurance or the basis for setting insurance premiums—settled on in these debates.

Second, given an agreement on the social ethics that a health system is to observe, one can next inquire through robust empirical research who best performs each of the basic functions of health care: government, private not-for-profit entities, private for-profit entities or all of these.

To explore these two considerations further, it is useful to imagine initially a purely laissez-faire private health care market. In this context laissez faire means “let the health system do without government interference of any sort.” For all of the advantages one may claim for such a system (for example, the unleashing of human ingenuity and entrepreneurial energy), the arrangement also would have a number of attributes many Americans might find dubious:

• Real resources in such a system would be allocated strictly to those individuals willing and able to bid the highest prices for them—that is, to the wealthier members of society.

• Individuals with superior mental acuity (the quick-witted) would be able to take advantage of the less quick-witted.

It is clear that no modern society would long tolerate the unfettered operation of such a laissez-faire market in health care. Indeed, since the Great Depression no society has tolerated such a market even for much less complicated goods and services, like financial services. Recently, for example, the chairman of the Federal Reserve and the U.S. secretary of the treasury both realized that as simple a market transaction as a mortgage loan requires much stricter government control than that imposed on it in the years just before the subprime mortgage crisis.

The Private Sector and Cost Control

But what about costs? It seems to be taken as an axiom in the U.S. debate on health care reform that private-sector institutions are inherently more efficient than are similar public-sector institutions, so that health systems relying heavily on private institutions operating in a free-market environment could control both quality and cost better than similar government-run institutions. That proposition, however, lacks any robust empirical foundation. In fact, the available research on this issue does not permit a general statement on the relative efficiency of different types of health systems.

To illustrate, it is frequently alleged that costs under the government-run Medicare program for the elderly are out of control, and that Medicare can be fiscally sustained in the future only if it is privatized, that is, administered by private health plans. The Medicare Advantage option introduced as part of the Medicare Modernization Act of 2003 is a legislative expression of just that opinion.

Under the program, however, taxpayers are required to pay an estimated average of 12 percent more for a beneficiary using a private Medicare Advantage plan than that same beneficiary would have cost taxpayers in the traditional, government-run Medicare program. In some regions, especially rural regions, the overpayment to private health plans is closer to 20 percent relative to traditional Medicare. If private health plans are more efficient purchasers of health care than is traditional Medicare, why do the private plans need extra payments to compete with government-run Medicare for enrollees?

Research has shown that when analyzed over several decades, Medicare spending per enrollee, although higher in absolute dollars than health spending for younger individuals, has not grown as fast as has health spending for privately insured individuals. As Cristina Bocutti and Marilyn Moon recently concluded in their comparative analysis of cost trends in Medicare and the private insurance sector: “Medicare has proved to be more successful than private insurance has been in controlling the growth rate of health care spending per enrollee. Moreover, recent survey research has found that Medicare beneficiaries are generally more satisfied with their health care than are privately insured people under age sixty-five.”

Finally, it is well documented that in nations using social insurance, coupled with a mixed delivery system or outright socialized medicine, health spending per capita tends to be only about half of what is spent in America in terms of comparable purchasing power. Although some costly high-tech services in those countries are rationed by the queue, recent cross-national research funded by the Commonwealth Fund does not support the notion that the United States ranks among nations uniformly at the top in terms of health status indicators or quality indicators.

In short, the proposition that a so-called private-market approach to health care would be the best means of controlling the cost and quality of care, or the annual growth in health care spending, does not find empirical support.

View the chart that accompanies this article.

Listen to an interview with the author.