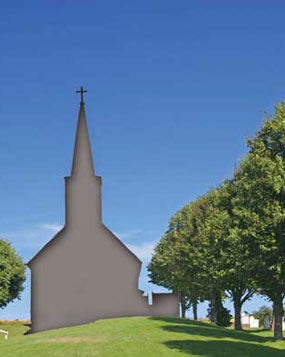 In recent years religious fundamentalism and disputes over the relationship between faith and science have provoked a wave of publications known collectively as “the new atheism.” Following the Second Vatican Council’s observation that “believers can have more than a little to do with the rise of atheism,” the editors have asked five prominent theologians to explore which expressions of contemporary Christianity supply what the council called “the secret motives” of atheism. We also asked our experts to reflect on how Christians might respond to both the legitimate criticisms offered by the new atheism and the distortions of faith found within it.

"The Madman and the Crowd," Michael J. Buckley

Drew ChristiansenDrew Christiansen, S.J., is editor in chief of America.
Show Comments (
2
)
Comments are automatically closed two weeks after an article's initial publication. See our comments policy for more.
13 years 3 months ago
THE LAW OF SACRIFICE: "It is only natural that when we behave in a proper manner towards the Lord and towards our fellows we come up against hardships and sacrifices. The good Christian knows that without the cross and tribulations, without spiritual struggles, it is difficult to fight the enemy of light, who is indefatigable, astute and full of wiles. Unhappily, the law of sacrifice which is intimately and profoundaly linked with the sufferings of Christ, is not well understood by frail humanity. Nevertheless, must be accepted as a duty to be performed, and not as a lpleasure to be procured and enjoyed. It is around the tree of the Cross of Christ that the noblest and loftiest Christian witness must flourish; it is at the foot of the cross that we must endeavour to work together with Christ for the trimph of justice and peace, which means the true well-being of society. The holy religion which we profess is not a superficial exercise or gestures, rites and external observances, some of which may be superstitious; it is the knowledge and profound understanding of a divine and practical doctrine which illuminates the civilization of which we boast, illuminates and directs it. It is above all the affirmation of justice and harity understood and lived in every man's soul, and in the society in which he moves." From Pope John XXIII. This does for me what AMERICA does for the rest of the world.
13 years 2 months ago
Congratulations on publishing this very interesting set of articles, particularly useful for those of us who are either a) too busy (lazy?) or b) too dismissive to plow through Dawkins, Harris, et al. I wonder if any of these writers have read any history? or do they, in attributing all evil and violence to religion, innocently assume that religion (rather than, say, personal, dynastic, and territorial ambition, balance of power, etc. etc.) were the chief causes of what, for instance, historians often conveniently lump together as the "wars of religion." Or whether religion somehow lurked behind, let's say, the bloody Mongol conquest of China in the thirteenth century, or for that matter, the coming of the first and second world wars and the atrocities that accompanied them? Sitting and reading the articles on a May morning (after a particularly tough winter) and thinking of the claims that Science explains all, e. e. cummings's famous words come to mind: (While you and i have lips and voices which are for kissing and to sing with who cares if some oneeyed son of a bitch invents an instrument to measure Spring with? (from Is 5 (1926)