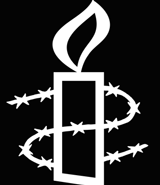 It was both upsetting and perplexing to learn that Amnesty International has decided to support a right to abortion as part of its worldwide campaign to stop violence against women. How can an organization dedicated to the protection of human rights oppose the right to life of unborn children? The Vatican has since condemned the move, and Cardinal Renato Martino, head of the Pontifical Council for Justice and Peace, has called on Catholics to abandon support for the organization because of its pro-choice stance.

Amnestys stated position is to support limited access to abortion, with reasonable gestational limits, when [the womans] health or human rights are in danger. This change, they explain, stems from the organizations long experience of the violence done to women throughout the world. In many countries the physical and sexual assault of women is a fact of everyday life: rape is used as a means of attacking an opposing tribe or militia, or of establishing ones domain; and pregnancy, even in the case of rape, can be cause for social ostracism. In parts of Nigeria women who have an abortion are subject to punishment by imprisonment or even death.

Amnestys position thus emerges from its informed understanding of the plight of women in the violent, dangerous terrain of much of the developing world. Kate Gilmore, the executive deputy secretary general of the organization, says, Amnesty Internationals position is not for abortion as a right but for womens human rights to be free of fear, threat and coercion as they manage all consequences of rape and other grave human rights violations.

For both its human rights work in general and its forthright desire to bring to light and to an end the violence toward women, Amnesty merits the worlds gratitude and praise. Countries and peoples who allow such violence to occur should be denounced. Yet Amnestys position on abortion remains deeply troubling. Terms like the right to privacy, unwanted pregnancy and reproductive rights, all of which the organization has used in discussing its position, suggest an alignment with exactly those dubious justifications for abortion that the church rightly opposes. Amnesty may see itself as taking its position strictly to defend against human rights violations; yet the danger of being co-opted by an entirely different agendaand a different definition of human rightslooms large. Indeed, Amnesty USAs recent opposition to the Supreme Court ban on partial-birth abortions, on the grounds that it imposes criminal sanctions for doctors who provide these late-term abortions, shows the group already far afield from its human rights mission.

Amnestys stand on abortion also embraces exactly the sort of utilitarian calculus used by those that it condemns. Amnesty should resist such calculations and continue to grapple instead with the tensions of the all too murky world in which it works.

Catholics, for their part, must continue to open their eyes to the suffering and injustice that Amnesty discloses, and work alongside Amnesty toward a world in which human rights are ensured and all forms of violence against women and children, including abortion, can be prevented. Members of the church who demand that Catholics boycott the organization should bear in mind that the church has long been capable of maintaining relationships with those with whom it disagrees, even on important issues. The Vatican rightly continues to reach out to China, for example, despite its human rights violations and its policy of forced abortions.

Catholic Church leaders are to be lauded for their willingness to challenge disturbing mores of society and to call all people and organizations, including Amnesty International, to be guided by the highest human values. Yet it is important for us to remember that while isolation may sometimes be an unhappy side effect of our Christian prophetic activity, it is not a prerequisite for it. The call by some to boycott Amnesty amounts to a sort of nuclear option that ignores the tremendous good that the organization does and the complicated, morally turgid world in which we live. To the extent that we refuse to acknowledge the complexities of this world and to grapple with them alongside Amnesty and others with whom we sometimes disagree, we serve only to diminish our own credibility.

Both the church and Amnesty International are fueled by concern for the lives of all human beings and passion against those who would betray those lives. Church officials would be wise to see Amnesty in this light, and Amnesty would do well to hear Catholic criticisms for what they areexpressions of profound concern by a longtime, like-minded friend.

Show Comments (
6
)
Comments are automatically closed two weeks after an article's initial publication. See our comments policy for more.
John Borst
12 years 4 months ago
Finally, an editorial of which a Catholic can be proud. It is both reasoned and well expressed. I have been dismayed by the number of editorials both on the web and in diocesan newspapers which have ignored the plight of women and the middle ground Amnesty International has tried to address. The Church's rush to condemn Amnesty has simply ignored this dimension of the problem. America is to be congratulated for having the courage, within this bitter polarized environment of no abortions at any price, to express the possibility that AI has indeed raised some genuine and difficult moral concerns.
Patrick Jurd
12 years 4 months ago
Thank you for your clear and cogent comments on a vexed issue. We do well to tread carefully and avoid knee-jerk reactions. Amnesty are essentially responding to an issue that arises mostly in poorer countries. That we do not fully understand each other requires dialogue, indeed as friends.
ERNEST RASKAUSKAS
12 years 3 months ago
The position taken by Amnesty International on a issue as controversial as abortion, especially on the very vague criteria of “within reasonable gestational limits when (the woman’s) health or human rights are in danger," will lose it much of its present support. Amnesty’s plate is already very full and it is one of the few organizations with a strong voice in support of political prisoners of conscience, while there are many voices on either said of the abortion question. Singleness of Purpose is an organizational principle especially revelant to Amnesty International. A good lesson from history is the Washingtonians, an alcohol abstinence society started by six men in Baltimore in 1840. Quickly it grew to about 300,000 members and then became involved in divisive issues such as the abolition movement, temperance movement, politics and sectarian religion. Within about a generation it disappeared. Regardless of any position taken by Rome, certainly this will not be the fate of Amnesty International, but it will still lose the support of many of its present members and prospective members, people of good will other than Catholics. My own belief is that abortion will never be eliminated but it can be very substantially reduced by education and counseling, improving adoption procedures, contraception, a living wage and compassion on a one to one basis, none of which are part of Amnesty's job description. Legislation and condemnation are certainly not the solution.
Sues Krebs
12 years 3 months ago
While it is commendable that the editors did mention the language that this group used to explain their stance on forced pregnancy, whether or not this child is the result of a violent action such as rape, or the stigma of an act of coerced sex is the real subject of their objections. The results of these heinous acts could simply count double if the result includes pregnancy. Should the traumitized have to suffer such indignities twice: once in the act of power against the woman and twice as people say she is a harlot because of the pregnancy that resulted from an act of violence? Or do we say that if this woman doesn't have the strength to face the double-edged sword of society, the result is the murder of an innocent bystander, the child that was never supposed to be but somehow was conceived through a means that most people frown at anyway?
Hans Lingens
12 years 3 months ago
This article is very well balanced. It shows compassion for the women who have to deal with the very difficult issue of abortion. Abortion will not go away by declaring it illegal and sinful. The ultimate judgment comes from our ever-loving and ever-merciful God. Amnesty International is an organization worthwhile supporting.
JOSEPH KOECHLER MR
12 years 3 months ago
In the October 29th editorial "Amnesty and Abortion" we your women readers again see the complete disregard we always see for those of our gender when we are pregnant. When a pregnancy starts, in the eyes of the Church hierarchy the woman totally disappears from existence; only her "potential child matters." Amnesty is trying to help women who are the victims of pregnancy not by choice but by rape. Do you have any comprehension of what this violation by rape means for any woman? In the countries served by Amnesty you say the woman pregnant by rape is socially ostracized. Do you have any comprehension of the ramifications of ostracism for her and her child in African tribes? She will be shunned by her tribe, never have a husband or children of her choice and probably will be left with her child of rape to starve in isolation. Her treatment is psychological death -- and probably physical death as well in many cases. Does she deserve this for being a victim of the inhumanity of man? It is time for the Church that professes love for all to consider these wounded victims and not condemn them to pain and disgrace for all of their lives.
Advertisement

This article also appeared in print, under the headline “Amnesty and Abortion,” in the October 29, 2007, issue.