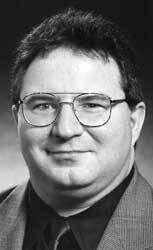 Even among Americans who vote on a regular basis and are politically active in other ways, a majority doubts that what average citizens want or do really matters when it comes to who gets elected or what public policies get adopted. Ever more middle-class, working-class and low-income Americans have come to believe that they have no real political voice with elected officials and no actual influence over what government does or how it does it.

I wish I could dish up statistics, studies and stories to document how, contrary to popular perceptions, present-day American democracy approximates the ideal of government of the people, by the people and for the people. But the troubling truth is that today’s average citizens are correct when they doubt their own political efficacy.

The latest and best evidence on this sad subject is in the superb book The Unheavenly Chorus: Unequal Political Voice and the Broken Promise of American Democracy (2012), by the political scientists Kay Lehman Schlozman of Boston College, Sidney Verba of Harvard University and Henry Brady of the University of California, Berkeley.

As Schlozman and her colleagues stress, the fact that “political participation in America is stratified by social class” is old news. Research dating back to the 1950s reveals as much.

But as economic inequalities have become more pronounced, class-based gaps in individual political participation have persisted, while class-based gaps in organized interest activity seem to have widened. Citizens with incomes in the top fifth, for instance, are twice as likely to vote and eight times as likely to make campaign contributions as citizens with incomes in the bottom quintile.

As reported in The Unheavenly Chorus, interest groups in Washington, D.C., that represent for-profit corporations outnumber those representing labor unions by nearly 50 to 1. About 72 percent of all expenditures on lobbying originate with organizations that represent business.

With respect to lobbying expenditures, political action committee money, congressional testimony, amicus briefs and other measures of influence, political activity “on their own behalf by recipients of means-tested benefits barely exists.... The interests of unskilled workers receive none at all.” And for all the talk about the rise of “public interest” lobbies and gender, race and ideological “identity groups,” they too represent “a very small share of organized interest activity.”

Schlozman and her co-authors throw cold water on the notion that participatory equality is being boosted by the Internet and social media. In 2011, trade and other business associations averaged about 1.6 billion mentions on Twitter per week compared with around 66.5 million for public interest groups and only 1.2 million for unions. The “interactive forms of online political participation” may yet reduce political inequalities, but that remains to be seen.

When it comes to political input, the report concludes, Americans are unequal both at the finish line and at the starting line. The authors advocate campaign finance reforms, lifting restrictions on voting, toughening restrictions on lobbying and liberalizing “rules governing public protests and rallies.” But they duly acknowledge that their well-meaning proposals are all pretty much political moonshots.

The scores of millions of working people struggling to pay their monthly mortgages, formerly middle-class folks now feeding families with food stamps, de-unionized workers, the unemployed, welfare-dependent individuals and former prisoners begging for jobs are living “the broken promise of American democracy.” These Americans are patriotic. They have civic spirit. But they are down on a government that does not hear or heed them, and they are disinclined to play a political game that they seem bound to lose anyway.

So, what is to be done? I wish I knew, but I suspect that the “erosion in union membership” (from about 21 percent in 1981 to 12 percent in 2010) is an even more important piece of the political inequality puzzle than Schlozman and her co-authors suggest it is. Without a rebirth of the American labor movement, our nation’s interwoven economic and political inequalities will only become more sizable—and more sinful.

John J. DiIulio Jr. is the co-author of American Government: Institutions and Policies (2012) and other books on politics, religion and public administration.

Show Comments (
5
)
Comments are automatically closed two weeks after an article's initial publication. See our comments policy for more.
Mike Evans
9 years 4 months ago
In the 1880's we had the Granger movement. In the 1930's unionization was strenghthened. After WWII workers in most basic industries were covered by health benefits and pension plans. To satisfy the huge number of returning veterans, we had the G.I. Bill as well as a strong FHA and VA home loan program. Up until the second Bush administration, we had a progressive tax system where the wealthy paid a much more significant percentage of their income in taxes. We even had a government that ran at a surplus and could honestly undertake both infrastructure and social service costs without undue strain. What happened? We know now how wealth has been shifted and the rules of the game tilted toward big banks and big oil and big defense. Their well-funded PACs have bought thw entire congress and all state legislatures. And now it is the social services that suffer and the infrastructure that crumbles around us.
ed gleason
9 years 4 months ago
A working stiff  couple each making 50k, renting with no mortgage deduction, taking the standard, are paying $14.5 k in income taxes. which is 16,4 % of their taxable income.  This is 2.5% more than Romney's percentage  in his only income tax disclosure =2010. [2001 till 2009]?    Most middle income people do not have a clue about carried interest @15 %.. or multi-millions the super rich  stuff in a tax free IRA.... an IRA  where the hoi paloi  can only put in  $17K a year. Ask your CPA how the 1% can stuff an IRA with millions  and leave it tax free for their heirs for their lifetime. It has to do with stuffing the IRA with solo owned business shares priced at almost nothing. ..The 1% then tell us they "pay all that the law  requires"   a law they bought and paid for
C Walter Mattingly
9 years 4 months ago
Not unexpectedly, the above article takes a swing at identifying the diminishment of union power in the US the past half century or so and, at best, fouls the ball off into the stands.
The "surprise" that union power has diminished in the US is that it really is no surprise at all. In the first instance, the citizen need look no further to note the correspondence between the decline of major U.S. manufacturing industries in steel, autos, etc, indeed the entire Rust Belt phenomenon, and contrast it to that of union-free Caterpillar, which remains the profitable and world-wide leader in heavy equipment to recognize the huge negative impact unions have had upon manufacturing in the US economy.
Turning to our very expensive and self-interested corporate union monopoly on public education and its poor performance, nurtured by the shrill union resistance to performance evaluations, protection of the senior mediocre teacher at the expense of the junior good teacher, and consistent prioritizing of the union dues payer at the expense of the student, and one can see why the NEA has basically lost the respect of even some of the Tinseltown crowd.
Even now cities such as Stockton are driven to bankruptcy in a desperate move to unburden themselves from the retirement and benefits packages with which the unions and their beholden elected representatives have so destroyed their financial integrity.
Whereas decades ago unions would be seen in the public eye as altruistic organizations looking out for the best interests of the oppressed middle class, they are now seen as self-interested corporate monopolies looking out for the best interests of their members at the expense of the taxpayers, mostly middle class, who pay what essentially amounts to a union tax, above market compensation, to benefit this still-powerful special interest group.
Nothing better exemplifies the damage caused by this union/government complex than a mulimillionaire president who, while sending his own children to a tony private religious school which he can afford because he is rich, while denying even a small portion of that opportunity to inner city children in the form of vouchers, proven to provide them with a far higher chance to graduate from high school, perhaps the most important ticket to the land of opportunity that America has long represented.
It took years for the American public to lose confidence in the quality of American cars, but eventually, it did. It took, and is still taking, years to restore that confidence. Likewise, it will take years for the American people to regain confidence in unions as in the best interest of the taxpaying public.
One wonders when that turnaround will begin, if ever.
ed gleason
9 years 3 months ago
Walter; take your anti-union rant and tell it to the millions of public workers who have lost their jobs after the Bush meltdown. If they buy it, than tell the millions in the private sector who are un-employed because the 1% outsourced to other countries.
Make sure that the financial sector and the Ponzi investors  are excused in your anti-union rant.  Then go to the under-water outer suburbs and blame them for buying to much..May your thoughts comfort you while Obama gets four more years to fix the Bush fiasco.
C Walter Mattingly
9 years 3 months ago
Ed, when recounting the actual actions and effects of very powerful, self-interested corporate entities which aspire to retaining or obtaining monopoly status, such as the NEA, it is difficult to paint a pretty picture while recounting the harm they have visited on our cities, states, and nation on both our educational system and our economy in recent years. It's not so much because they are unions. Any protected corporate monopoly exercising its self-interests virtually unchallenged for 40 years or so would likely have done no better.

President Obama, his children safely esconced in an elite and very expensive religious school while he fights to deny a more modest opportunity for the children of needier parents to attend schools with far better graduation rates than the one he avoided because he is rich, may very well be reelected. After all, President Bush was reelected to a second term. Democracy guarantees a vote, not inerrancy.  While President Obama has amply proven his ability to move things from bad to worse, he has also proven himself to lack integrity to his word. But he is a talented political opportunist and his veneer may not yet have worn through by election day. Yet there are hopeful signs that the reality is dawning on the public, that Hope and Change is, in reality, so much hype and more of the same-and worse.

By the way, there has been a great deal of good-paying manufacturing jobs insourced into the US the past 20 years or so. Nissan, Toyota, Hyundai, Mercedes, BMW, and other car manufacturers have build multiple manufacturing facilities here in the US, in Alabama, Tennesse, Georgia, Kentucky. And not only has Boeing opened a new plant in South Carolina, but now Airbus is opening one in Alabama. When the threat unions pose to their existence is very low, foreign companies have proven quite willing to bring their investments to the US and the good-paying manufacturing jobs along with them.