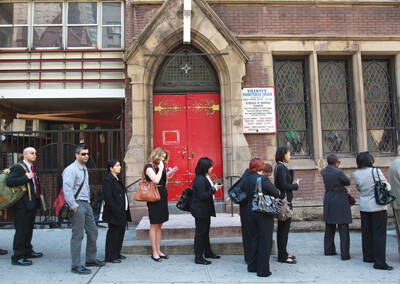 Voting is no simple, single-issue game. Instead, it requires of the electorate both breadth of information and serious discernment about issues and priorities. In order to help readers make informed choices in November, we composed a short list of issues we think are important and asked experts to focus briefly on one of them. What follows are three: on jobs, income inequality and global trade.

How to Create Jobs

By Teresa Ghilarducci and Richard McGahey

Four-and-a-half years after the Great Recession began and more than two years since the official recovery started in March 2009, 19 million Americans who want a job cannot find one. Many economists (including myself) are frustrated because, while there are many effective ways to create jobs, political polarization in Congress has blocked necessary action to address the economic and human costs of unemployment. Below are four specific ideas about how jobs could be created now, with increased borrowing by the federal government.

1. States could extend the school day and school year by 25 percent, hiring new teachers and support personnel. That would be a triple win: for children, for working parents and for women, who would likely obtain many of the new education jobs. It also would improve the educational performance of students, especially those in poor neighborhoods, which would help their future employment prospects.

2. The federal government must provide another round of aid to cities and states because state and local governments cannot legally run annual deficits. In order to balance their budgets, states and cities are laying off essential public workers. In 2010, for example, Newark, N.J., laid off 167 police officers; the following year crime in that city rose by 21 percent.

Cuts like these also hurt the economy. Had public employment remained level throughout the recession, instead of declining by over 700,000 jobs, our national unemployment rate would be close to 7 percent at this point rather than at May’s level of 8.2 percent.

3. Governments at all levels should make major investments in America’s aging infrastructure. Bernard L. Schwartz, a retired industrialist, and others have called for major public investments in our roads, bridges, airports and water and electricity systems through a national infrastructure bank, monitored through a separate Congressional capital budget. This would help our long-term economic future and provide jobs in construction, where unemployment in June was close to 13 percent.

4. Tax policy can also be used to create jobs, though that method is less effective than direct spending. Still, by extending unemployment benefits and lowering the payroll tax for workers, Congress and the Obama administration created around one million jobs and added a full percentage point to gross domestic product growth in 2012 alone.

There are many other good ideas for job creation, including retrofitting houses to save energy and to accommodate the elderly and disabled. The Annie E. Casey Foundation recently released a list of job creation measures that could expand our physical and human infrastructure, educate children and adults and maintain and improve our infrastructure and public spaces.

Job growth should be financed by increased federal borrowing, which we can easily afford. Interest rates remain at a very low level, and U.S. debt is still viewed as the world’s most secure option, especially given the ongoing financial crisis in Europe. When the economy does return to robust growth, the federal deficit must of course be dealt with—but not until then.

In recessions, tax cuts and government deficits can help restore growth, but they are no substitute for a government’s investment in the important things we cannot buy in private markets with our tax breaks, things like bridge and road repairs, public parks and schooling for the nation’s children. For these we need the political will to borrow money to pay our own workers to build, teach, care and guard.

In short, we do not lack effective ideas for immediate job creation. We lack the political will to create jobs.

Teresa Ghilarducciholds the Irene and Bernard L. Schwartz Chair of Economic Policy Analysis at The New School for Social Research. Richard McGahey is a professor at the Milano School of Urban Policy, The New School and formerly economic policy advisor for the late Senator Edward Kennedy.

Compare two groups of children. The first group is born into wealthy families with parents willing and able to provide books, museum visits and high-quality schooling at private universities. The second group has parents who struggle to put food on the table, who live in areas where the schools are run down and understaffed, and where expectations are low and hope for the future not reinforced at home or at school. Children from the first group almost invariably do better economically than those of the second. While some children from very disadvantaged backgrounds achieve success, most do not. The truth is that our vaunted social mobility is mostly a myth.

Extreme income inequality also shifts ever more political power from lower- and middle-class households to the richest. The recent Supreme Court decision in Citizens United v. Federal Election Commission, which made possible the growth in “super-PAC” spending, is making this problem worse by increasing the importance of money in politics.

The disparity in the distribution of wealth (total assets) is even greater than the disparity in income—so great, in fact, that the richest 400 people in the United States control more wealth than the entire bottom 50 percent of households. A number of these 400 are pouring in millions of dollars to influence elections, which allows them to change the rules in their favor—banning collective bargaining by public employees in Wisconsin, for example, and enacting so-called right-to-work laws in Indiana.

Some claim that inequality is not a problem, that because the rich invest and create jobs, helping them helps everyone. From the past 40 years, however, there is little evidence to support this claim. Real median household income has declined over the last decade; before that it had been stagnant since the 1970s. Wages for males with a high school education have fallen substantially over the same period. Most of the benefits of U.S. economic growth have gone to those in the top percentile of the income distribution. By 2007, just one out of 100 Americans (the top 1 percent) received nearly a quarter of all personal income, more than the bottom 50 percent of households put together.

Charles K. Wilber is emeritus professor of economics and a fellow at the Kroc Institute for International Peace Studies at the University of Notre Dame in Indiana.

People often misunderstand international trade because they misunderstand domestic commerce. Cheaper transportation of goods by 19th-century railroads, for example, made it possible for wheat to be grown by those who grew it most efficiently—Midwestern farmers. The lower price of flour allowed the budgets of consumers in the East to stretch farther, giving them just as real a rise in economic well-being as a wage increase would have given. The U.S. Constitution prevented eastern states from levying protectionist taxes on wheat from the Midwest to shield their own wheat farmers, who as a result had to find other work. Consumers were the winners.

Trade is also why the 19th-century unification of Germany increased economic well-being there. It removed the perennial taxes and paperwork imposed on imports by tiny governmental districts. Europe today is worried about the Greek financial crisis largely because it threatens to dissolve the euro-zone agreements that make trade and travel easier.

The loss of jobs is typically the main complaint against trade, and it is a very real concern. Yet independent studies (those not paid for by interested parties) have shown that trade tends to create (some) more jobs than it destroys. The problem is that the jobs lost in the United States are low-skilled, which leaves the working poor to bear the burden of trade. Since our government decided to expand trade, we are morally obliged to use part of the gains from trade to fully fund the shamefully inadequate “trade adjustment assistance” (used for retraining and relocation) for those unemployed because of trade.

When employment is lost here due to trade, jobs are created abroad. This is a real moral gain in poor nations. Hundreds of millions of very poor people now have greater economic well-being because they make things we buy. The common good today is global.

Most trade agreements are rightly criticized for ignoring the abuse of workers and of the environment. The World Trade Organization avoids such “non-trade” issues to prevent selfish protectionism, a well-founded fear. Nonetheless, trade agreements and the W.T.O. must include basic labor and environmental standards.

Some criticize the use of fuel for the ships that carry 90 percent of the goods exchanged in international trade, but ships are remarkably efficient. Given, for instance, the fact that ships generate less than 4 percent of world carbon-dioxide emissions, improvements in auto and truck mileage would do far more for the environment than would a reduction in trade. Then there is the energy used in production in different nations. It takes less energy to produce sugar from cane in the hot sunshine of Brazil and ship it to the United States than to produce sugar from beets in Minnesota.

Which brings us to a final issue: U.S. subsidies and trade barriers. Both should be cut back dramatically. The United States spends about $25 billion each year on agricultural subsidies, but only $1 in $10 goes to a needy farmer. And subsidized U.S. farm products undercut local farmers in the global South. The U.S. exclusion of textiles and sugar similarly hurts the people we should be helping. Our brothers and sisters in the developing world can and should be producing many of the products we buy.

Daniel Finn is a professor of theology and the William E. and Virginia Clemens Professor of Economics and the Liberal Arts at St. John’s University in Collegeville, Minn. He is a past president of the Catholic Theological Society of America, the Society of Christian Ethics and the Association for Social Economics.

Daniel Finn
Show Comments (
1
)
Comments are automatically closed two weeks after an article's initial publication. See our comments policy for more.
Charles Erlinger
10 years ago
On the whole this is a very fine edition, and the comments throughout have, on the whole, been above average.  Congratulations to editors, writers and readers.