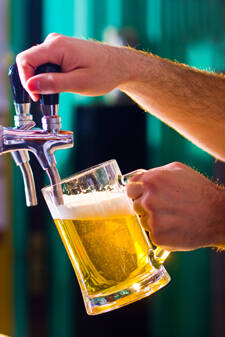 The scandal of deaths and injuries resulting from college and university fraternity hazing—like debates over guns or the corruption of college sports—resurfaces again. Each new horror slaps the public in the face, and people ask why. Responsible institutions take steps toward reform; others balk. Though most schools have not seen a fraternity pledge die, recent reports on hazing at two Ivy League schools offer wake-up calls to schools that may have allowed a crisis to develop and an admonition to those that tolerate hazing in any form.

What follows is not about all fraternities, but about those fraternities that have violated both the law and morality and labeled it “brotherhood” or “friendship.”

In Rolling Stone on April 12, Janet Reitman profiled Andrew Lohse, a jazz musician from New Jersey, who idolized his grandfather, the personification of the ideal Dartmouth “true bro.” The grandfather was preppy-looking, excellent at cocktail parties, athletic, intelligent and rich. The wealth comes to the fraternity brothers when they graduate and move into the corporate culture, particularly to Goldman Sachs, where the “corporate culture mirrors the fraternity culture.” Mr. Lohse joined Sigma Alpha Epsilon in October 2009 and wallowed in booze, sex and drugs for over two years. Then he asked, “Why do supposed ‘brothers’ do these things to one another?”

In January 2012 he published an exposé in the Dartmouth student paper. SAE, he wrote, “made its pledges swim in a kiddie pool of vomit, urine, fecal matter, semen and rotten food; chug cups of vinegar, which in one case made a pledge vomit blood.” Ms. Reitman’s confidential interviews confirmed Mr. Lohse’s account, but the Greek system invoked its “culture of silence” toward the authorities.

In response to Mr. Lohse’s article, 104 faculty members condemned hazing as “moral thuggery.” A 1967 Dartmouth alumnus told Ms. Reitman, “No one has physically died at Dartmouth yet...the system destroys the souls of hundreds of students every year.”

When Marie Andre, mother of the Cornell University student George Desdunes, saw her son’s corpse on the hospital gurney, wrote Michael Winerip in The New York Times, “She let out a horrible wail.” He had joined the SAE fraternity because “they would help him get a job.” In a hazing game, pledges were told to kidnap two sophomores, blindfold them, tie their hands and feet, and deliver them to a town house where they were force-fed vodkas until they vomited. When Desdunes passed out, they brought him back to the fraternity house and left him on the library couch. He was found dead in the morning. All refused to talk to authorities; but four will go on trial this month.

Many universities are proud of the constructive role their fraternities play. This is particularly justified when the school itself, inspired by its religious identity and mission, appeals to the students’ better instincts and joins morality and the mission. In 2001 Santa Clara University, concerned with Greek exclusivity and misconduct, terminated support for the Greek system, which later established itself off campus. But fraternity members are still subject to civil law and, as students, to the university’s code of conduct. The frats have continued to thrive under this reduced school supervision.

Whatever the formal relationship between an institution and its students, if a school believes in moral education, it should set idealistic goals and support those values. This goes for teams, the student press and theater, as well as social fraternities and sororities. This means clear university and fraternity statutes that distinguish between rules and so-called traditions, like hazing; membership open to all; complete removal of alcohol from pledging rituals; and social projects that require not just an occasional visit to a soup kitchen but a sustained commitment that benefits the poor.

Finally, Catholic colleges, with or without fraternities, should teach young men and women the full meaning of words like brother, sister and friend. When Jesus called his apostles friends, he did not mean that they were fun to be with or that they should “network” to sell more fish. He meant they should love and serve one another to the point of sacrifice.