With the steady growth of the Hispanic population in the United States, Christian denominations have been competing as never before for the allegiance of Latinos. Now many Hispanic religious leaders have begun to ask an intriguing question: couldn’t we accomplish more for our people by collaborating instead of competing in matters of ministry and social policy?

That question was answered with a resounding “sí” at a fall meeting of Hispanic religious leaders at Duke Divinity School. There, an unlikely mix of Pentecostals, Adventists, Catholics, Baptists and others agreed to adopt—without ignoring obvious differences—a shared strategy and a common agenda in pursuit of their mutual aims.

“This group came together and successfully outlined a set of broad goals that will help mark a new path for Latino Christian communities in this country,” said Edwin Hernández, the summit’s chief organizer and the director of the Center for the Study of Latino Religion at the University of Notre Dame.

In agreeing to concentrate on what can unite them, the often competing churches hope to strengthen the distinct ministry of each. Such critical collaboration is possible because the churches have both a shared context and common challenges.

The context they all share is their adjectival identity—that is, the name of their denomination is modified by the adjective “Hispanic” or “Latino.” Non-Hispanic whites never have to qualify their identity as Methodists or Presbyterians in a similar way, because their culture is the norm for their denomination. But whether they are Lutherans or Evangelicals, Hispanic Christians must all live with this “adjectival” existence, and must constantly explain and sometimes defend their distinctiveness within any given denomination. Participants who came down from that summit agreed that their shared Hispanidad was as an important a part of their self-identity as their distinct denominational loyalties.

Today in both the marketplace and the polling place, this Hispanidad is not only recognized, but also celebrated. No marketers or campaign managers would ever discourage Hispanics from trying a product or trusting a candidate by disparaging either Spanish or the cultures that come from Spanish-speaking countries. Rather they spend millions annually to attract and retain Hispanic consumers and voters.

Although some Hispanics receive support from their denominations, many churches still act as if one has to be an English-speaker of pure European descent in order to be truly welcomed by their churches. While Catholics may not be as overtly segregationist as some others, too often the Spanish-language Mass is still celebrated in the basement or at an unreasonable hour. This is just one reason why Hispanic parishioners who occupy the same space (though seldom at the same time) as non-Hispanic Catholics often feel not welcomed but only tolerated, and then only as long as they do not inconvenience the “real” owners of the church.

Protestant Hispanics, while enjoying much more autonomy within their separate congregations, find it difficult to afford attendance at accredited seminaries or to move into positions of regional or national influence. Both Catholics and Protestants publish glossy documents about their commitment to Hispanic ministry, which no doubt is sincere. But their behavior too often shows an ignorance that leaves Hispanic members feeling unimportant.

Try the following experiment. Ask any Hispanic congregant when the United States obtained its independence. Most will be able to give the date and the month, if not the year. But ask a non-Hispanic congregant when the United States invaded Mexico or Puerto Rico, and most cannot guess even within a decade. Although both are questions about U.S. history, one is an event regularly glorified, while the other is typically forgotten.

The experience of Hispanic co-congregants is too often deemed unimportant and therefore ignored. And that shared experience of the virtual invisibility of U.S. Hispanic Christians is a principal reason for their newfound ability to cooperate in a common cause. The summit’s keynote speaker, the Rev. Justo González, said the meeting had accomplished much by helping people of widely different perspectives find common ground. “Horizons have been shattered. Whatever their denomination, people discovered at this meeting that the commonality of issues they face is greater than they had thought. People realized that Hispanics in other denominations face many of the same problems.”

Research preparatory to the summit indicated that both Hispanic religious leaders and their congregants also face similar challenges across denominations. Thus, although theologically quite far apart, Hispanic Pentecostals and Catholics share a very similar political, educational and socioeconomic profile. One of the co-conveners, Milagros Peña, reports that in 2002, 34 percent of Hispanics were under 18 years of age. This is significantly higher than the percentage for non-Hispanic whites. And 43 percent of adult Hispanics have less than a high school diploma, compared with 11 percent of non-Hispanic whites. Among full-time workers in 2002, only 26 percent of Hispanics (compared with 54 percent of non-Hispanic whites) earned $35,000 or more annually.

Members of the same Hispanic family, or congregation, may be at quite different levels of acculturation to U.S. society. For example, English as well as Spanish is usually spoken, but in varying degrees by different congregants. Latino and Latina congregants may also have many different countries of origin and belong to different races or more than one race. Some may have legal documents while others do not. Despite this enormous diversity, it often happens that all Hispanics are consolidated under a universal but equivocal label, even when this creates a Tower of Babel.

Denominations respond in similar ways to the situations reflected in these statistics. Working papers for the summit indicate that “congregations that are heavily Latino/a are more likely than others to offer educational services that are not religious (e.g., classes in English as a second language and immigration services).” González argued persuasively that Latino churches are usually the only stable institutions of the barrio that are owned and operated by the Hispanic people themselves. They are often the only safe port in stormy and unsafe neighborhoods.

Another common challenge is effective religious leadership, which is the key to an effective church. According to Hernández and other summit participants, formal theological education and training is one of the most pressing needs in Hispanic ministry. Because of limited income, however, few would-be Latino/a pastors and lay leaders are able to pursue degrees that qualify them for positions of leadership. As a result, Latino/a pastors are typically unable to serve full time and rarely reach the highest ranks within their congregations and denominations. Although Latinos now account for about 13 percent of the U.S. population, only 2.5 percent of divinity students nationwide are Hispanic/Latino.

Most Latino and Latina pastors of all denominations feel ill-prepared by their seminary training for the realities of their mostly urban ministry. Not only did the seminary often ignore their culture and dismiss their language; it also did not educate them in any practical way to lead Hispanic churches.

Finally, virtually all the Hispanic pastors surveyed indicate that their denominations were not investing resources into the Hispanic community commensurate with their numbers, despite the fact that research also indicates that Hispanics of every denomination are very likely to give of themselves and their money to churches where they have ownership and appear in leadership roles.

This shared context and these common challenges make networking among Latinos and Latinas essential. Even before the summit convened, research across denominations noted how Hispanic pastors craved and created networks, as well as how Hispanic churches forged links among themselves and between their churches and other nonprofit agencies. Years of common struggle and similar experiences that were simply not sufficiently shared or coordinated had already built up the mountain where the summit met. The strategic plan that came down from that summit is the collective wisdom and coordinated effort needed to fill in the valleys of ignorance, lay low the barriers of prejudice and straighten the way toward truth. No wonder Jackson W. Carroll, director of the sponsoring organization Pulpit and Pew, said as the delegates left for home that the summit had exceeded even his greatest expectations—a single step that begins a great journey.

Show Comments (
2
)
Comments are automatically closed two weeks after an article's initial publication. See our comments policy for more.
16 years 6 months ago
The non-Catholic ministers where I live have one obstacle they seek to overcome with Hispanic parishioners, their devotion to Mary. Most often they accommodate their devotion in the beginning to get them in, and then soon after try to wean them away.

The Catholic Church is their heritage and we must accommodate their needs.

16 years 6 months ago
The non-Catholic ministers where I live have one obstacle they seek to overcome with Hispanic parishioners, their devotion to Mary. Most often they accommodate their devotion in the beginning to get them in, and then soon after try to wean them away.

The Catholic Church is their heritage and we must accommodate their needs.

This article also appeared in print, under the headline “Hispanic Ecumenism,” in the April 19, 2004, issue. 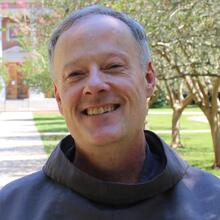