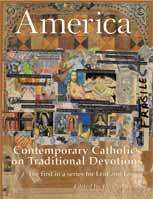 In the cathedral church of Amiens, in Picardy, there is a relic of quite remarkable distinction. It is the head of St. John the Baptist. Or if we are to be precise, the frontal part of the skull. There, set into the wall, is the sacred head that was separated from its body at the behest of a dancing girl, and on the remarkable painted 16th-century choir screen opposite, the whole melancholy story is depicted of the life and death of St. John.

What is interesting about the relic, from my point of view, is that all by itself it added a new and piquant episode to the Gospel account of John’s decapitation. On the skull there is a puncture mark above the eye. And when the relic was brought to Amiens at the beginning of the 13th century, there was only one possible construction that could be placed on this circumstance. On the choir screen depiction of Herod’s banquet, we can see what it was. As the head is presented to Herodias on a platter, the adulteress brings down her carving knife onto it, causing the head to be puncturedand thus accounting for the hole. Thus, the relic spoke: it related the story of the decapitation of the Baptist mutely. From Amiens, the legend spread, into art and the saint plays on the Baptist.

That’s the nice thing about relics: they have a life of their own. To regard relics merely as passive, quiescent and rather horrid bits of the dead that in more tasteful times would be safely buried is to miss the point of them. In the days when they were held in highest esteemfrom the fifth to the 16th centuriesrelics were never merely mementos of the holy dead. They gave, in themselves, a kind of continuity with the life of the saint; the vicissitudes of his body mimicked its tribulations in life; and the merits worked by the relics bore testimony to his sanctity. What is more, the relationship between devotees of a saint and his relicswhich might, of course, be objects associated with him as well as parts of his bodyhad a peculiar kind of dynamic.

To explain, let me stick with the relic of St. John. It arrived in Amiens in 1206, borne in great state by its donor, a canon of the cathedral called Wallo, or Walon. The means whereby Wallo had acquired this extraordinary gift was perfectly simple. He had been in Constantinople during the Crusades and had stolen the head from the Church of St. George by dint of hiding in the church after evening prayers were over and passing the head through the church window to a female accomplice outside. It was, of course, theft, and it was moreover theft at the expense of the unfortunate monks of the church, who had much prized their head. It was, in short, a classic instance of furtum sacrum, or holy theft. The gist of the theory behind the phenomenon was that the theft of relics indicated proper devotion to the saint concerned, and also demonstrated that the relics were notevidentlyin safe hands in the first place. More than that, it was plainly the will of the saint that his body part should be removed to a more worthy location, because otherwise he would not have allowed the theft to happen.

All this is meant in no abstract fashion. The interesting feature of the behavior of the bodies of the saints in medieval legend is that they were not merely commodities to be passed from hand to hand. They had, if you like, a will of their own. A characteristic feature of any number of hagiographies is that the saint himself expressed himself through his body, in that, when it was being carried by devotees from its original place of repose, it would indicate where it wished to rest. And it usually did so by becoming impossibly heavy to carry further when it had reached its desired home. The reciprocity of the relationship between relics and their devotees is even more vividly recalled in the fact that when relics did not work, and provide the protection that they should for the place where they reposed, the slight did not go unpunished. There is an extraordinary medieval rite for the humiliation, or degradation, of relics, whereby an underperforming relic would be systematically dishonored in order to recall the saint to a sense of his obligations.

Nowadays our view of the dead is extraordinarily sanitized, at least in the West. The notion of exhibiting body parts or corpses in imperfect states of decomposition, even in gold settings, has an undoubtedly gross aspect for the sensitive viewer. But the truth is that the early church had quite a different attitude toward the sacred dead. Many early Christian communities grew up around the tombs of the martyrs, where the faithful could share in the radiant merits of the tortured bodies, which bore witness to their sufferings on earth.

The drawback to this proximity to the sacred is that it was limited to those people fortunate enough to have access to their tombs. For the merits of the saints to be more widely shared, it was necessary for their bodies to be broken and fractured, and disseminated to those Christian communities living remote from the martyr’s tombs. And this is precisely what relics did. They were a means of reinforcing the Christian community, by sharing the merits of a saint with far-flung groups of Christians. Bede’s Ecclesiastical History of the English People, for instance, is enlivened by accounts of bishops going to Rome, or receiving from Rome relics of the Apostles and saints, which grounded the young Anglo-Saxon church in the wider apostolic church. This was no abstract communion, but reinforced in a concrete, fleshly fashion. That is what relics do: they unite the present with the past, the contemporary Christian community with the church of the saints.

By the late Middle Ages, the devotion attached to the saints’ bodies had shifted, to devotion to images of the saints, which were more easily and widely disseminated. And that tradition is still with us. In Amiens, the head of John the Baptistadmittedly one of the three heads of which I knowstands solitary. A little distance away, the statue of, I think, St. Anthony, has dozens of candles before it. Plainly, we have missed the point of relics. They are an opportunity to experience proximity to the saints, their sheer carnality, their sameness with us and their difference from us. Catholicism revolves round things that we can touch and see, and relics are a pre-eminent example of this unabashed physicality of the faith. Relics unite the present with the past. Those dry bones speak.

Melanie McDonaghMelanie McDonagh, an Irish journalist who lives in Britain, is a contributing writer to The (London) Tablet.
Show Comments ()
Comments are automatically closed two weeks after an article's initial publication. See our comments policy for more.