Clerical Culture Both Beauty and Beast

Clerical Culture Both Beauty and Beast

Mama Leone’s was a famous restaurant in midtown Manhattan a few decades ago. A combination of location—West 48th Street between Seventh Avenue and Eighth Avenue—food, atmosphere and entertainment attracted tourists into waiting lines that often stretched into the street. If the maître d’ spotted a black suit and Roman collar in the crowd, he approached the priest and took his name. In a few moments, everyone heard the announcement, “Father X, your table is ready.” To any who complained about this special treatment, the response was polite but firm. “This is the policy of the restaurant.”

I suppose this is what those who criticize clerical culture are talking about, a special status that carries substantial perks. The perks often went further. If Father were pulled over for speeding, the Roman collar would ensure a warning rather than a ticket. If Father had one too many martinis, there would be a discreet call to a local rectory to pick him up and take him home.

Among priests, there was much talk in those days of the priestly fraternity; induction into it carried with it these and other privileges.

Much of this began to change in the 1960’s and 70’s. Police were not inclined to look kindly on men in Roman collars who had confronted them in demonstrations for civil rights or against involvement in Vietnam. The roadside courtesies all but disappeared.

Church leaders also began to speak out more forcefully on social issues like war and peace and economic justice, and laymen and laywomen felt just as qualified to debate these issues. Catholics had moved up the ladder economically and educationally and no longer needed to look to Father for his wisdom.

It may be true that priests, because they are priests, don’t have to start from scratch in getting respect; but anyone who thinks that priesthood still automatically means adulation and privilege has been living in a different world from the one I’ve known over the last two decades. But although much has changed in the way others look on priests and bishops, perhaps not much has changed in the way some priests and bishops look on themselves.

In the current climate of scandalous sexual abuse by priests, the clerical culture is often portrayed as the villain. Clergymen, so goes the line, think of themselves as an entitled class whose members can act in terrible ways, against all they say they believe, and still be protected by the silence of other priests and the compliance of bishops. After all, don’t Christians believe in forgiveness and a fresh start? This reasoning is no longer unchallenged. It is considered a product of a misguided clerical culture that must go.

Perhaps that distorted clerical culture was the Beast that led some priests and bishops to act irresponsibly at times, and even criminally and sinfully, with the expectation that everything would be dealt with “in house.” Perhaps it seemed that the “priestly fraternity” demanded that the main concern in dealing with cases of abuse would be not the victims but preservation of the image, the bella figura, of the clergy. Status, even if only imagined, can create a sense of being above the law, whether divine or human.

But there has been and continues to be a clerical culture that can also be Beauty.

Over my years as priest and bishop, I have valued being able to talk about my life with others who shared my vocation. We have been able to support one another in difficult moments and laugh with one another over the human comedy in which we so often played a role. We could pray with one another, offer advice to a troubled friend or give a figurative poke in the ribs to one of the brothers who was feeling too sorry for himself. We could go on vacation and make retreats together knowing that these shared experiences formed an unspoken basis for mutual understanding. A bond forged from who we were as men and what we thought we were up to as priests held us together.

Although not every situation in which I have found myself was paradise, I have had the blessing of living and working with priests, most of whom truly cared about their vocation and respected the people among whom they lived. The priests who have been my co-ministers in parish work, in the seminary and in the diocese have pushed me to look more deeply at my God, at myself and at my vocation. The bishops to whom I have been closest have inspired me by their deep appreciation of what it means to be both leader and collaborator in the mission to which we have been called by Jesus Christ.

As we struggle in these troubled times to cage the Beast, to drive out those ugly distortions that are abuses of clerical culture, I would never want to give up the Beauty that is an authentic clerical culture founded on faith, friendship and shared experience. For a priest or bishop, this culture is one point of light guiding his life. The other lights are fashioned by a deep relationship with the Trinity, an authentic participation in the life of the church, close ties to family and healthy friendships with laypeople who both support and challenge us. Taken together, these are the guides that show the priest and bishop the way to know and to live who he is and what his vocation means.

Show Comments (
2
)
Comments are automatically closed two weeks after an article's initial publication. See our comments policy for more.
17 years 4 months ago
Bishop Wcela writes of a 'beauty' of clerical culture which enables people in the same profession to come together for mutual support.

That is natural enough. I am sure that bishops find it supportive to talk to each other. So do priests and other ministers.

But need this be a "clerical" culture? One that separates Christians into a 'special priviledged class?" Who alone have the 'power of jurisdiction.'

Would it not be much better if all were a part of the 'Laos' - the people of God - even if some had special 'ministries?' With no division into some kind of special 'class' with its tendency to form a 'good old boys club?'

17 years 4 months ago
Bishop Wcela writes of a 'beauty' of clerical culture which enables people in the same profession to come together for mutual support.

That is natural enough. I am sure that bishops find it supportive to talk to each other. So do priests and other ministers.

But need this be a "clerical" culture? One that separates Christians into a 'special priviledged class?" Who alone have the 'power of jurisdiction.'

Would it not be much better if all were a part of the 'Laos' - the people of God - even if some had special 'ministries?' With no division into some kind of special 'class' with its tendency to form a 'good old boys club?'

This article also appeared in print, under the headline “Clerical Culture Both Beauty and Beast,” in the September 30, 2002, issue. 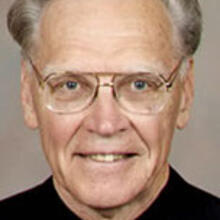 The Most ReV. Emil A. Wcela is an auxiliary bishop of the Diocese of Rockville Centre, N.Y., and episcopal vicar of that diocese’s eastern vicariate.