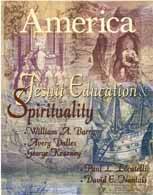 I can hear someone who reads my article “Does God Communicate With Me?” (Am., 12/3/01) asking, perhaps with some pique: “You tell me to pay attention to my experience as the privileged place where God communicates with me. But how do I know it is God who is communicating with me? Couldn’t it just be wish fulfillment or even just good digestion that makes me feel treasured by God?”

Readers of America, like me, live in a culture that is immersed in psychological explanations for every kind of experience, indeed a culture that distrusts religious claims. How can we know whether we are experiencing God and not just ourselves and our own projections? In our age this is a burning question, but it was also a burning one at the time of Ignatius of Loyola (1491-1556). In his Spiritual Exercises he develops rules, called “Rules for the Discernment of Spirits,” for answering such a question. It is astounding that a set of rules formulated by a man who lived over 400 years ago could still have relevance; yet many people are finding them a help to answer the question of the above title.

Ignatius himself began to learn how to tell God’s influence from other influences during his long convalescence from a battle wound in 1521. He engaged in long daydreams about doing great deeds as a knight to win the favor of a great lady—a lady so great that, it seems, he had no realistic hope of winning her—and he enjoyed the daydreams immensely. But in the absence of the romantic novels he would have preferred, he began to read the life of Christ and a book about the lives of saints. Reflecting on this reading led him to equally unrealistic daydreams; he imagined himself doing even greater deeds than these saints had done for the love of Christ. Again, he enjoyed these daydreams immensely. There was a difference, however, but for a long time he did not notice it. After the daydreams about knightly deeds, he felt sad and listless; whereas after those of imitating the saints he felt joyful and alive. One day, he said, the light dawned, and he realized that God was communicating to him through one set of daydreams, the ones that inspired continuing joy, whereas the “bad spirit” was behind the other daydreams, the ones that left him sad.

Note well: Ignatius was not praying when he made this first discernment of God’s communication; he was daydreaming. Moreover, both sets of daydreams had a quality of narcissistic, unrealistic ambition to them. Yet he came to believe that God used one set of such daydreams to draw him toward a new way of life. Because of experiences like these, Ignatius came to believe that God is always communicating to us, that every experience has a touch of God in it. It is almost a motto of Ignatian spirituality that God can be found in all things. The only question is whether we will be aware of God’s presence or not.

So how did Ignatius figure out that God was communicating with him in this case? He finally paid attention to his emotional states during and after the two sets of daydreams. During both he felt elated and excited, but after the daydreams about doing great knightly deeds, he felt sad and listless, while after the daydreams about following Christ, he still felt elated. The first lesson in discerning how God communicates, then, is to pay attention to our experience and to the emotional states aroused by these experiences. The second lesson, strange to say, is that Ignatius discovered God’s presence through feeling happy and excited. It is strange to say because we may not often associate feeling happy and excited with God’s presence. For the rest of this article I want to paraphrase the first two rules for the discernment of spirits formulated by Ignatius in the Spiritual Exercises.

The first rule of thumb is that one should look at one’s ordinary orientation with regard to God and to one’s life as a Christian. Do I try to lead a good Christian life insofar as possible? Or am I someone who cuts corners with regard to my Christian life? As an example of the latter, think of a landlord who gouges his tenants and provides few services to make their living even halfway decent. Suppose that he were to try to engage in a relationship with God. What do you think would happen in his prayer periods? Probably he would begin to feel pangs of conscience as he realizes how good God has been to him and as he considers his treatment of his tenants. He might also feel some relief from these pangs of conscience with thoughts like these: “These tenants are a lazy lot anyway; at least I’m giving them a roof over their heads.” Ignatius would say that the pangs of conscience come from God and that the rationalizations that give relief come from the evil spirit or from his own unwillingness to change his lifestyle.

What about the person who is trying to live a decent Christian life even if not perfectly—say a working mother and wife who tries her best to do an honest day’s work and take care of her family obligations? One such person felt great joy and peace in God’s presence and looked forward to prayer. Soon, however, she experienced anxiety, feeling that she was being too proud to expect God to speak to her and that taking time for prayer like this was a luxury she could ill afford. She said to herself, “This is too high-falutin’ for the likes of me.” God now seemed distant. Ignatius would say: the positive experiences come from God or the good spirit who wants to draw her into friendship, whereas the troubling thoughts come from the bad spirit or from her fears of closeness to God.

So the first rule of thumb urges us to establish the general orientation of our lives. If I am not in tune with God in my life, I can expect that God will try to get me to change my life; I will feel pangs of conscience or concerns about certain aspects of my life. These pangs of conscience, however, will not lead to anxious, scrupulous examinations of all my motivation; they will gently point out where I have gone wrong. The bad spirit or my own desire not to face a change will try to whisper blandishments in my ear to convince me that all is O.K.

Here is an example from my own life. For some time I had had concerns about the amount of alcohol I was drinking and how it was affecting my health. I rationalized them away because I was functioning quite well in daily life. But I was often sleepy in the evening after dinner, when I wanted to pray. One day, because of the intervention of a friend, I realized that the concerns about my drinking were from God. I was given the grace to stop drinking and have been much happier for it. God’s communication came in the form of niggling concerns that wanted to lead me to a happier and healthier life.

On the other hand, if we are trying to live in tune with God’s intention, says Ignatius, God will console us, help us to move forward, encourage us in our efforts to live a good life. But the bad spirit or our own fears of closeness to God will try to make us leery of developing a closer relationship with God, as happened with the woman just mentioned. Ignatius, for example, had the thought at one point after his conversion: “How will you be able to put up with this [his ascetical life and prayers] for the 70 years you have ahead of you?” Ignatius quite rightly answered that no one could guarantee that he would live for even one more day.

The second rule of thumb follows from the first. God wants us to be happy and fulfilled. But the only way we can be happy and fulfilled is to be in tune with God’s desire for the world and for us. For those who are trying to lead a life in tune with God’s intention, consolation is the order of the day for the most part. This does not mean that life will be without pain and suffering; it means that God wants to be a consoling presence to us even in the inevitable pains and sufferings life has in store.

If this is true, then the terrible mental agony and torture scrupulous people go through is not from God. After all, scrupulous people are trying to live in tune with God. Ignatius himself, during the early days after his conversion in 1521, was plagued by scruples, fearing that he had not confessed all his sins. Things got so bad that he contemplated suicide. Yet at this point in his life he was trying with great fervor, indeed excessive fervor, to live a life in accordance with God’s dream. He finally came to the conclusion that these scrupulous thoughts could not be from God. In other words, he finally realized that God wanted his peace and happiness, not torture of mind and soul.

We can discern, in our experience, what is from God from what is not from God. But to do so, we have to pay attention to what we experience as the privileged place of God’s communication. If we answer positively the question of the earlier article, “Does God communicate with me?” then we are committed to faith in God as the mystery who is always trying to draw each of us, and all of us together, into friendship. Now we need to put that faith into practice by taking seriously our experience. One way to do this is to engage in the exercise Ignatius calls the daily examination of conscience, as outlined by Dennis Hamm, S.J., in “Rummaging for God: Praying Backward Through Your Day” (Am., 5/14/94). We can, indeed, know God’s voice.

William A. Barry, S.J., the author of numerous books on prayer and spiritual direction, is co-leader of part of the final stage of the Jesuit formation program of the New England Province of the Society of Jesus.