Two of the most troubling aspects of American society today are the high rate of divorce and the fact that divorce in one generation increases the likelihood of divorce in the next. Current divorce statistics indicate that most divorces occur for couples married less than five years and that the proportion of divorces is highest for couples married three years. This is not surprising, since a recent study finds that couples face serious conflicts over the use of time, sex and money in their first years of marriage.

The national study of the first five years of marriage was conducted by the Center for Marriage and Family at Creighton University, in conjunction with the Secretariat for Family, Laity, Women and Youth of the United States Catholic Conference, the National Association of Family Life Ministers and Catholic Engaged Encounter. A sample was drawn from a national population of couples who between 1995 and 1999 had completed the premarital inventory known as Foccus (Facilitating Open Couple Communication, Understanding and Study). The majority of respondents were Caucasian, Catholic and in first marriages; 54 percent were female and 46 percent were male.

One part of the study asked respondents to rate 42 issues that might be problematic during the early years of marriage. The number one problem reported by newly married couples was balancing job and family. Since dual-career marriages now represent about 60 percent of all marriages in America, this is not surprising. The difficulty of juggling jobs, couple-time together and parenting (if there are children) requires serious attention.

The third, fourth and fifth most serious problems were economic: debt brought into marriage, the husband’s employment and financial situation.

The sixth area of friction was expectations about household tasks. Household tasks are major marital issues for today’s dual-career newly marrieds. Although the amount of household work done by modern husbands is almost double that of their grandfathers, it is still only about half the number of hours per week done by wives. Three decades of social change have produced dramatic increases in career opportunities for women but have left the traditional division of labor within the home relatively untouched.

Respondents were subdivided into seven groups according to gender, parental divorce, parental status, cohabitation, age, same-faith or interfaith marriage and number of years married. The top two issues in most groups were the same: balancing job and family and frequency of sexual relations. Here we will list only those issues on which there were interesting differences within the groupings.

Gender. Different recreational interests were listed as a highly problematic issue by male but not by female respondents, which suggests that recreation may be more important to men than to women. Females listed two issues that males did not list: parents/in-laws and time spent together with spouse. This suggests that relational issues were of more concern for female respondents.

Children. Many issues were problematic for both parents and nonparents, but the intensity of the problem was always greater for parents than nonparents. These results suggest the need for programs specifically for parents, a majority of whom expressed interest in pregnancy classes, parenting workshops, new-parent get-togethers and refresher marriage courses—but only if child care is also provided. The provision of child care is a must if practitioners wish to attract parents to marital and parental programs.

Cohabitation. Although there were similar responses from those who did and did not cohabit with their spouses prior to marriage, the intensity level was generally greater for those who cohabited than for those who did not. Balancing job and family did not appear as a problem for respondents who had never cohabited with anyone. The husband’s employment was ranked as a top issue for them but not for those who had cohabited with their spouse or someone else. This finding may be related to traditional-versus-egalitarian attitudes toward gender roles. Non-cohabitors gave evidence of more traditional gender attitudes, which may explain their lack of concern for balancing job and family and their greater concern with the husband’s employment.

Number of years married. For those married less than one year, the top two issues were related to money: debt brought into marriage and financial situation. The third and fourth most problematic issues were frequency of sexual relations and balancing job and family. For those married four to five years, balancing parent and couple time ranked as the number one issue, followed by balancing job and family. The issues included on these lists are similar from one year-group to the next, but the rank order varies from group to group. And as the number of years married increases, the intensity level of problematic issues also increases, reinforcing the increased marital distress alluded to earlier.

When asked how they were doing in their marriages, respondents reported they were generally doing well. When their marital adjustment was assessed on a standardized scale, however, the picture was not so rosy: approximately 20 percent of both males and females were no better than slightly adjusted. This is a disturbingly high percentage in the early years of marriage. No significant differences in marital satisfaction were found between spouses who were male or female, spouses who cohabited or did not cohabit prior to marriage and spouses who were in same-faith or interfaith marriages. But a larger percentage who were 30 and over, who were in their fourth or fifth year of marriage and who were parents scored in the distressed range. Over time, marriage does not get easier; it gets more difficult, at least in the first five years of marriage covered by the study. Couples, and those who work with them, could profitably focus on strategies for balancing time between job and family and between spouse and children, sexual questions, financial questions, communication and conflict resolution problems, and the special problems faced by parents.

Amid the variety of marital issues uncovered in this study, balancing job and family and frequency of sexual relations were clearly the top issues for the majority of respondents. Couples need strategies to achieve a balance between job and family. Possibilities include placing limits on both job and family, trade-offs between wife and husband in family and career responsibilities over the life span, choosing a one-career marriage and limiting the combined work of both spouses to no more than 60 hours per week. Another possibility is expanding the marital frame of reference to embrace three careers, the separate careers of each spouse and their joint career as parents. This could be a useful strategy for contemporary newly marrieds.

Couples also need strategies to deal with sexual issues. It is not surprising that there would be problems with sexuality in the early years of marriage, as couples learn each other’s sexual languages and needs and as they learn the different approaches of men and women to sexuality. The likelihood of such problems is a clear signal of the need for effective premarital and postmarital resources to help couples recognize possible sexual problems, deal with them and move beyond them in their married lives.

The importance of dealing with these issues in marriage preparation and enrichment programs cannot be overemphasized. This study highlights problems that newly married spouses reported; the same issues were voiced in the focus groups that preceded the study. The best way to be truly helpful to couples in the early years of marriage is to listen and respond to their stated needs, rather than to fit all couples into a prepackaged program. 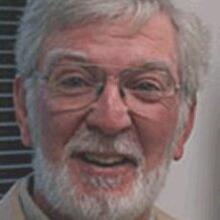 Michael G. Lawler is the Amelia and Emil Graff Professor of Catholic Theological Studies and director of the Center for Marriage and Family at Creighton University, Omaha. Gail S. Risch is a lecturer in theology and a researcher in the Center for Marriage and Family. Barabara Markey and Lisa Reily also worked on the research, which was funded by the Our Sunday Visitor Institute.

Show Comments (
1
)
Comments are automatically closed two weeks after an article's initial publication. See our comments policy for more.
John Wilson
7 years ago
Sex is the important thing of every human, it is the most emotional and bond of love between partners. http://www.royalpharmacy.net/forzest.html