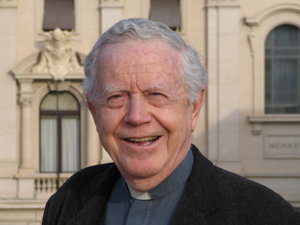 Gerald O'Collins, S.J., first wrote for America in 1970, and has since written nearly 50 articles and essays for the magazine. A native of Australia, Fr. O'Collins is widely known for his work in Christology, and is now adjunct professor at Australian Catholic University in Melbourne. For three decades he taught at the Pontifical Gregorian University in Rome. Here we offer a selection of essays and articles Fr. O'Collins published in America: