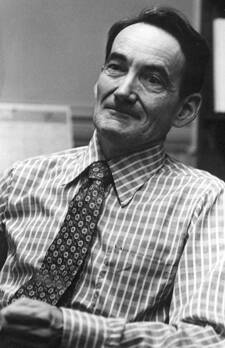 Almost as soon as Pope John XXIII announced his intention to convoke a general council which would be oriented toward Christian reunion, Catholic theologians in Europe began discussing among themselves, and with their Protestant colleagues, how the coming council could contribute to that goal. As a result of these discussions several books have already been published, embodying not simply the opinions of individuals but the fruits of co-operative study.

None of these books, in my judgment, is more worthy of attention than Hans Kung's The Council, Reform and Reunion. The author, a young Swiss priest who teaches at Tubingen in Germany, is thoroughly familiar with the points at issue in the current dialogue with Protestantism. The key to reunion, as he sees it, lies in a renovation of the Church according to the gospel. Such a renewal, he points out, is not simply a matter of good administration or moral effort; it must be a supernatural work done in obedience to Christ, the Lord of the Church.

The opening chapters of this book, which treat of the necessity and possibility of reform, present the author's ideas on worldliness and sin in the Church. In his emphasis on these distressing facts, Kung seems to minimize unduly the effects of grace. Notwithstanding her constant need for purification, tbe Church remains at all times a great and manifest sign of holiness and beneficence.

The later chapters, in which the author discusses concrete measures that might be adopted by the Second Vatican Council, will be the most avidly read. In all probability the council will center its attention on the nature of the episcopal office, thus complementing the work of the First Vatican Council, which concentrated on papal primacy.

But what authority can be given to bishops which they do not presently exercise? As Kung points out, the modern diocese is not, and cannot suitably he made, an autonomous unit. But he thinks that the authority of national and continental bishops' conferences ought to be strengthened. In this way the Church's proclamation of the gospel, her liturgy and her discipline could be adapted to the needs of various peoples. Other reforms, touching on the Mass, the breviary, marriage courts, prohibition of books, etc., could be most suitably effected by regional authorities of this kind rather than by the Holy See. Many of Kung's recommendations, such as those regarding the vernacular in the liturgy, the Index and married deacons, have often been voiced before.

Ruthlessly frank, Kung protests sharply against various current practices in the Church: the Vatican bureaucracy, the predominance of Italian bishops (290, as against Germany's 26), "Marian maximalism" and superstition in popular devotions. It is well that such criticisms should be voiced, for they represent the responsible judgment of not only a significant portion of Catholics but also the overwhelming majority of non-Catholics.

Kung's recommendations for decentralization, while deserving serious consideration, are not free from difficulties. Many would fear that the diffusion of power for which the author pleads might result in a multiplication of laws, which he would deplore. Roman centralization, whatever its defects, has at least held in check the tendency of lower authorities to introduce too many local laws and usages. It has also assured that the needs of the universal Church should prevail over any particular interests. In the rapidly shrinking world of our day, centralization is daily becoming more feasible, and perhaps also more imperative.

Kung seems to address himself primarily to the bishops and theologians making plans for the coming council. But he writes with such verve and clarity that his work will reach a far wider audience. Even if it makes little impact on the council, this book will have a great and salutary influence on the way in which many readers, both Catholic and non-Catholic, look on the contemporary situation of the Church and the prospects for reunion.

The translation is accurate and highly idiomatic. But one regrets that the footnotes had to be relegated to the ends of chapters and that a disproportionate number of foreign names and references have been mangled by the printer.

Avery Dulles
Show Comments (
5
)
Comments are automatically closed two weeks after an article's initial publication. See our comments policy for more.
David Garmey
10 years 9 months ago
Fascinating review of Kung's book by Avery Dulles. Fascinating to me for two reasons. First, curious as to how very mistaken Dulles was about the need for centralization in a "shrinking world." Indeed, it seems to me that the world has now shrunk sufficiently for us to recognize the critical need for ecclesial plurality and diversity even within a fundamental unity. Second, interesting because both of these individuals changed so much but so very differently as time went on from 1962. Kung became more vaguely "Christian " than Catholic,  but Dulles, his early moderation and even-temperedness notwithstanding, became a radically conservative thinker far different from his early days.

charles topper
10 years 9 months ago
Thanks for the articles on Kung and the hopes of the Vatican Council.  I wish the Church had followed the process of collegiality with national bishops and liturgical conferences in regard to English and the Roman Missal .  It is such a sadness and anger to see the present deception of church leadership in regard to collegiality.
Christopher Rushlau
10 years 9 months ago
The heart of the matter is the relationship of faith and reason.  Rahner's "Foundations" sets the matter properly in a revealing sentence.  Remember, he is trying to harmonize "there is no categorical knowledge of God" with Catholic dogma, leading to pages of non sequiturs and even brow-beating from this gentle man.  God's justice requires that we approach God on our terms, i.e., by the senses and by reason.  Faith, then, is what?  What else can it be but the affirmation that we approach God by senses and reason?  What can Jesus be and say but, "Approach God by senses and reason"?
Here is the sentence, on page 219.  "For it is only because he is the immeasurable fullness that the process of becoming in spirit and in nature can be more than the meaningless self-consciousness of an absolute void collapsing into its own nothingness."  See, even that term from Sartre, nothingness, turns out to be important.  When we shift ourselves in our easy chairs to focus on the TV, it is a collapse into a void, for nobody knows what tomorrow may bring.  This is the fundamental human datum.  The question is, is this the work of a loving God?  The answer is, if you try, you'll see that you end up, after your fall into the abyss, in the arms of a loving God (what was the Jonathan Edwards title, "the arms of a jealous God"?).  Crucifixion-and-resurrection is the fact of every act of knowledge, and "those who seek to save their lives and so lose them" do so in the sense of failing to attaint knowledge of anything-this computer, this writing-instead trying to take refuge in their abstractions, "chimeras", which is the milieau of "meaningless self-consciousness, etc."  Perhaps Rahner manages by the end of "Foundations" to bring this harmonization off.  I don't remember from my first reading twenty five years ago.  The important point is, as that damned Galileo said, to preserve the phenomenon.  How can you believe in a God who requires you to jettison the one thing you can claim as your own:  your senses?  But how, on the other hand, do you keep your sanity in a mad world (Global War On Terror, e.g.) without faith in a God beyond all Gods who hears your cry for reasonable solace and provides?  Rahner, in a nutshell: the only way to achieve knowledge, of the slightest thing, is to entrust oneself to the fullness of being in all its mysteriousness.  That is the salient fact of everyday life, everyday faith.
Christopher Rushlau
10 years 9 months ago
Sorry, "attain", not "attaint".
Christopher Rushlau
10 years 9 months ago
Let me quote JC Murray from "We Hold These Truths", page 117 of an online version at http://woodstock.georgetown.edu/library/murray/whtt_c4_.htm.

Obviously, St. Thomas did not anticipate the multiform complexities of our contemporary industrial society with its maze of complicated interlocking institutions, political and socio-economic, national and international. In social matters he was, as a man of his time, extremely conservative. Like Aristotle, he viewed with foreboding, for instance, the fate of a city "that needs for its maintenance a great number of commercial dealings." This was, he thought, the way to the corruption of a city's identity through the introduction into it of alien customs and mores. The result would be to throw into disorder what he untranslatably called "civilis conversatio." This was his highest civic value—a whole manner of living together and talking together, in terms of which a city establishes its identity. Was he so very far wrong? Perhaps not, if one considers today's anxious questions about our own civilis conversatio. The "open society" today faces the question, how open can it afford to be, and still remain a society; how many barbarians can it tolerate, and still remain civil; how many "idiots" can it include (in the classical Greek sense of the "private person" who does not share in the public thought of the City), and still have a public life; how many idioms, alien to one another, can it admit, and still allow the possibility of civil conversation?