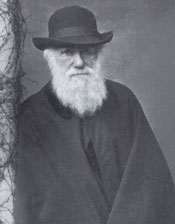 The April number of The Popular Science Monthly contains a series of articles on Darwin and Darwinism, most of them addresses delivered on the hundredth anni­versary of Darwins birth, February 12th, 1909. The impression that will be derived by the ordinary non­scientific reader, or even by educated people who are not closely in touch with present day thought in biology, will be inevitably that Darwinism is still a great force in the scientific world, an almost universally accepted theory that now has risen almost to the higher plane of a scientific doctrine. Of course any such idea is utterly false. Darwinism is not evolution, but an attempt to explain evolution. Darwin was not the first to make such an attempt of explanation; but literally hundreds of thinkers before him made the effort and at least half a dozen of them came as near making a successful ex­planation as his has proved to be.

In all of these ad­dresses there is practically no hint that at the present moment the great leaders of biological thought in Europe, the professors of the biological sciences at the Universities of Berlin, Paris, Vienna, Strassburg, Tiibingen, Erlangen, Amsterdam and Heidelberg have in the last ten years written books against Darwinism. English speaking scientists still continue, apparently from national motives, to cling to Darwinism, but even such distinguished American biologists as Cope, perhaps the greatest of American zoologists, Packard of Brown, and Thomas Hunt Morgan of Columbia, wrote against the Darwinian theory. The greatest investigating scientists of the nineteenth century were almost without exception anti­Darwinians. The "antis" include Von Baer, the greatest of embryologists, though from embryology Darwinism is supposed to derive its strongest confirmation; Wigand, the botanist, though botany is supposed to have fur­nished most evidence for the transmutation of species; Agassiz and Sir William Dawson, the greatest of paleontologists, though it was the study of fossils that was expected to furnish the missing links; and Van Kolliker Nageli and Virchow, the great human and com­parative anatomists, whose knowledge of anthropology should make their opinions of great weight. Prof. Driesch of Heidelberg, Haeckels greatest disciple, de­clared last year in the Gifford Lectures at Edinburg, that "Darwinism fails all along the line." Of all this grow­ing protest against Darwinism there is almost no hint in this symposium on Darwin, published in The Popular Science Monthly, except a halting sentence or two from Prof. Morgan, who declares that "it is the spirit of Darwinism and not its formul­tion for the genuine scientist. Evidently this case is no exception. The centennial of Darwin has not made evolution more certain than he left it.

There is an interesting article in The Popular Science Monthly for January, 1910, on "Darwins Probable Place in Future Biology," which shows how great a change has come over the feeling of even ardent Dar­winians with regard to Darwinism and Darwins work in the course of the last ten years. The article is written by Professor William E. Ritter of the Marine Biological Station of San Diego, California, who confesses that "the verdict of inexorable time will refuse to Darwin the glory of having really explained the origin of new species of organisms. It will allow that he did much in this direction, but not greatly more than others past and future have done and will do. Fames recompense, so far as this is concerned, Darwin will have to take share and share alike with many a fellow-workman."

This is of course to be accepted as an admission on the part of a Darwinian, and some who have been impressed with the idea that Darwinians claim much more than this for their great leader might be surprised at it. It is well to remember, however, that Darwin himself con­fessed that his book, "The Origin of Species," had noth­ing to say about origins, that he was sorry, as he wrote to a friend, that it had been called by that misnomer, and he would have preferred the title, "The Preservation of Favored Races in the Struggle for Life." It is indeed of preservation and not of origins that Darwin has anything to say. Supposing species, in existence, origin unknown and unaccounted for, then natural se­lection keeps certain of them best fitted for survival in existence. This is what Darwins book really was. Professor Ritter has another expression of Darwins which, unfortunately, more of his disciples do not take to heart. After he had thought over natural selection for twenty years he observed to Wallace, "My work will not fix or settle anything." Still listening, as we are, to the echoes of the Darwin Centenary, it is well to recall that it is to the smaller men and minds that have followed Darwin and who pushed his often tenta­tive conclusions to extremes, that the unfortunate over-­Darwinization of biology has been due. Professor Virchow did not hesitate to say that exaggerated attention to Darwinism had seriously impaired progress in biology during the second half of the nineteenth century.