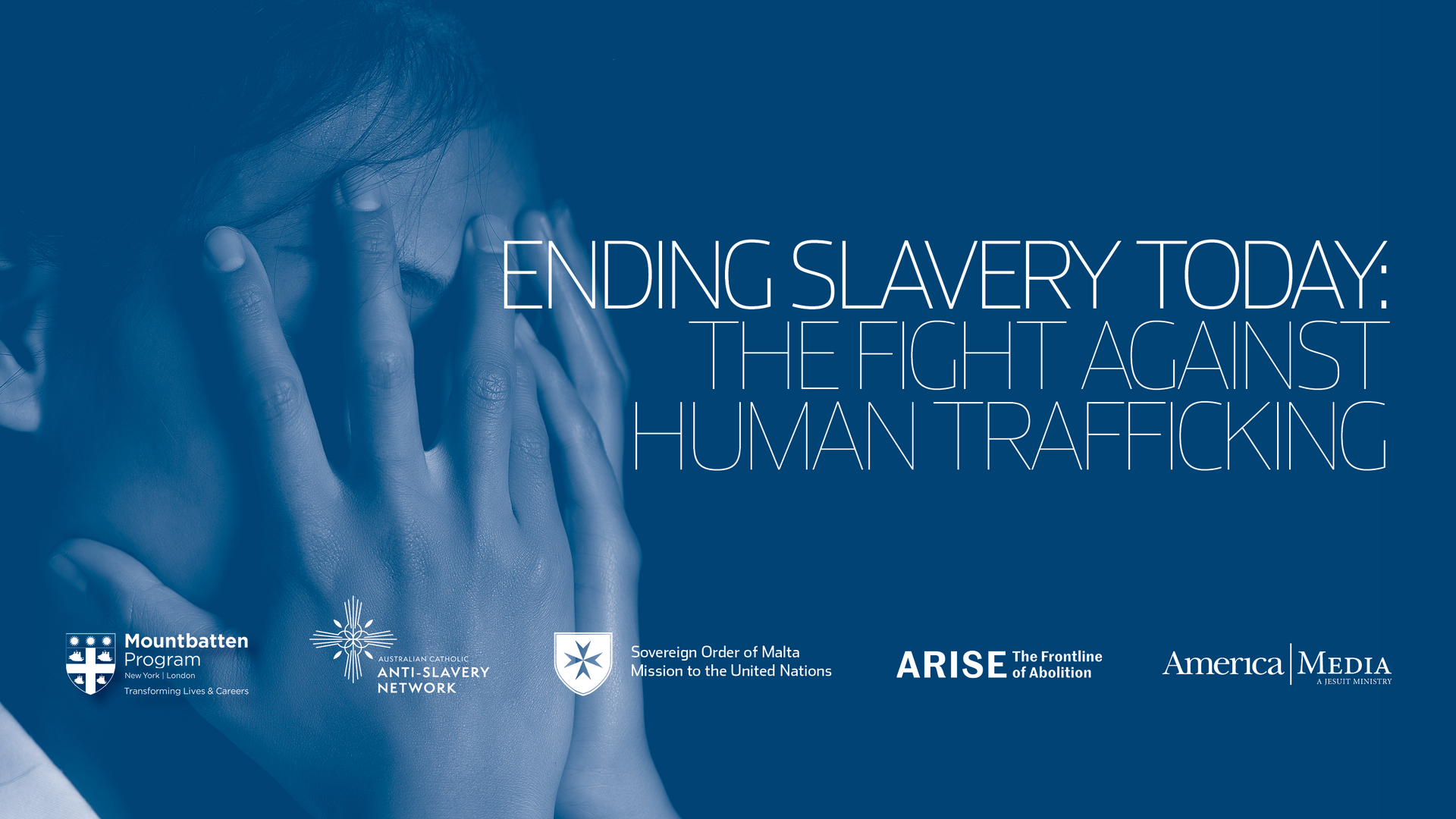 Join America Media, the Order of Malta’s Mission to the United Nations, the Arise Foundation and the Mountbatten Program for an event highlighting the modern day fight against slavery in the world today.

Please register for this free and public, pre-recorded event. Registrants will receive a video link in advance of the event to view the conversation.

This conversation is moderated by Matthew F. Malone, S.J., president & editor in chief of America Media.

This program is produced by America Media and the Order of Malta’s Mission to the United Nations, and is co-sponsored by the Arise Foundation, the Mountbatten Program and the Australian Catholic Anti-Slavery Network.