Responding to "Feminism at Fifty" 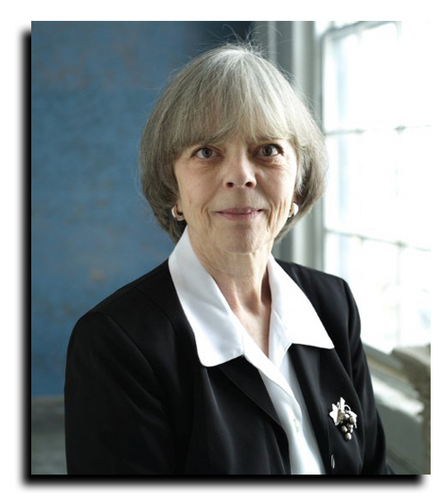 In “Feminism at Fifty” (12/2), Sidney Callahan takes stock of the legacy of Betty Freidan and her groundbreaking book, The Feminine Mystique. Callahan was part of a group of Catholic feminists that emerged alongside Freidan, who found both common cause and areas of disagreement with their secular counterparts in the second wave feminist movement. Here, editors of America put questions to Callahan about how her Catholic faith informs her work in the feminist movement(s) and how the next generation of women and men can carry it forward.

You write in your article that “more radicalized feminists immediately attacked [Friedan] for not going far enough in furthering women’s liberation.” One such criticism was that Friedan's movement failed to include the experiences of minority women in the United States. In the 50 years since ‘The Feminine Mystique,’ do you believe the movement has become more inclusive of minority women?

Yes—Betty Friedan did not give enough attention to minority women in her feminist analysis. I think that in the last 50 years the feminist movement has become more aware of the problem of poverty as the major obstacle for women’s advancement. The retreat from providing subsistence, childcare, healthcare and opportunities for women to get an education is the greatest social handicap women face. Other developed countries have solved these problems and the U.S. can too.

You describe Friedan as “unaware of the Christian inspiration of earlier feminist movements.” You then describe how religion has contributed to your own feminism. Are there ways in which your feminist evolution has been hindered by your Christian faith?

I do not think my personal feminist evolution has been hindered by my Catholic faith since without my Christian conversion I would have simply accepted the biased southern views of my family and never questioned or become committed to changing the world. Maybe I was a bit too influenced by an exaggerated ideal of maternal self-sacrifice and so did not return to academic study sooner. My Ph.D was completed 25 years after my BA, but in the end it worked out well since in that time I expanded and redirected my intellectual interests.

What would you describe as the main difference between the feminist movement(s) of the 21st century and the second-wave movement of the 1960s?

I think the present feminist movements are more diverse, since religious and ethnic women have taken more of a self-conscious part. There is also more awareness of the economic dimension of women’s need for work. Among educated women there is also a revaluing of marriage and family as important to their fulfillment. Many men are more feminist and cooperative. However, the sexual revolution and so-called hook up culture are bad news for men and women. Yet it is hard to tell the media hype from the real situation. I also think that the feminist pro-life movement has made some progress in the culture in changing women’s ideas about abortion.

I believe we are embodied spirits created in the image of God, and a theology of discipleship is a help to us in choosing of our human roles, relationships, families and work. A theology of women, standing alone would have the danger of isolating women once again. The assertion that men and women are complementary in nature does not seem scientifically or morally valid to me. When Pope John Paul II speaks of a “Petrine ministry” complemented by “a Marian ministry” my theological alarm bells go off. All baptized Christians are called to holiness with different vocations to serve the kingdom and it seems doubtful that gender determines ministry, with the exception of childbirth, and that is not a universal call. I doubt that a male-led clerical move to determine a theology of women would counter male-centric assumptions. Clerical romantics are a danger.

How would you respond young women today—who feel they have had every opportunity open to them, have never been disadvantaged by their sex, maybe even feel being female gives them a leg up—that say feminism is not a relevant concept in their life, in this age?

Young women who feel that they have everything that feminists could want, should remember that other women in their world still suffer from poverty, discrimination, exploitation and violence. Those who are privileged can work for their sisters in need. They can also be grateful for all the women (and men) who struggled for equality and justice before they were born.

If you could offer women today one piece of advice about how to build up the cause of Catholic feminism, what would that be?

Women can build up the cause of Catholic feminism by living the Gospel as fully as they can in their unique circumstances. The social gospel and the life of worship and prayer should be equally important to American Catholics. Women can keep emphasizing the Gospel’s demand for equality while preparing themselves to lead, educating themselves as theologians and continuing to stay in the church and loyally raise their voices.

The idea of "Catholic feminism" can takes on a very different meaning among different groups of Catholic women. Do differences of opinion among Catholic women around feminist ideas in the church simply represent a healthy diversity of ideas or do they represent divisions that prevent the kind of unity needed by any movement that wants to be a force for change?

I think there is a growing consensus among all American Catholic women, which is slowly uniting them in calls for equality in the church. Divisions between conservatives and others will remain but that too can be the mark of a big, large-hearted and confident church intent on loving God and neighbor.

Sidney Callahan is an author, lecturer, college professor and licensed psychologist. Her most recent book is Created for Joy: A Christian View of Suffering.

Show Comments (
3
)
Comments are automatically closed two weeks after an article's initial publication. See our comments policy for more.
Luis Gutierrez
7 years 8 months ago
Masterful article! This is a very insightful and very refreshing contribution to Christian feminism in our beloved Catholic Church. Some comments: I wonder why Carl Jung is not mentioned, since he started the process of overcoming Freud's patriarchal understanding of women. I also suggest that John Paul II's Theology of the Body could be mentioned in this context, in particular regarding his insights on humans as "body-persons." Finally, the issue of the exclusively male priesthood is not mentioned, which is lamentable because, as long as this issue is avoided, an authentically Christian (and Catholic, and pro-life) feminism will remain incomprehensible. In the context of this article, and looking ahead to the October 2014 synod of bishops on the family, perhaps it is time to recognize that a patriarchal family is a dysfunctional family, and a patriarchal church is a dysfunctional church. This may have been understandable in the past, but not anymore, now that the patriarchal culture is passing away and restoring the original unity of man and woman is becoming a "sign of the times." The power of the keys was given to the church by Christ to open the doors of the kingdom here and now, not to keep them closed until the end of time. The ordination of celibate women to the priesthood and the episcopate would give new stimulus to the sacramental life of the church. Anything short of this would only serve to perpetuate the "feminine mystique" in the sacramental life of the church.
John Curtin
7 years 8 months ago
You refer to the sexual revolution and the the so called hook-up culture as being bad for both women and men.I do not disagree with your view. In my reading and viewing of mainstream American media however, I get the feeling that you are a pretty lonely female voice in articulating this view. When you refer to a consensus amongst all Catholic women about equality, surely this is being expressed by mass departures from the Church by younger women in particular.
Elisabeth Anderson
7 years 7 months ago
Unfortunately much of what characterized the attitude toward women Pre-Feminism has even a greater stranglehold. Women are now seen as "equal" to men in that they are encouraged to be "free" sexually. They are far more a sex object NOW than in the past when the norm was a more modest dress, demeanor and sex life. Now girls dress like hoochie mamas even at age 8 or 9 and are pushed by media and schools into engaging in sexual activity. School children are propagandized about their sexual "rights," girls are given birth control and abortions without any parental authority or permission. Sex education is more focused on techniques, illusions of 'safe sex' than on biology, and the adverse consequences of non-marital sex. Because they are now "free" sexually, those who don't get abortions end up raising their children without a husband, pushing themselves and their children into a downward spiral. Males no longer feel obligated to protect either their women or their children...the woman is "equal" after all. But she is the one who gets pregnant. Despite some of the detrimental impact on women's educational and career paths in the past, are we really so much better off now? The pathology we see in society with broken and unformed families, chaos, crime and drug use particularly in certain groups, is evidence that "feminism" is not the great advance that it was purported to be. Further while society may have stifled some women's opportunities, my mother received a PhD in biology in l956 and had the highest scores on the Grad Record exam in her school's history. She became a scientist and professor and while she was in the minority, particularly in the sciences, there were other women who also fulfilled their academic and career goals. I think overall feminism has been a net loss and its excesses are antithetical to living as a practicing Catholic.