What Judgment Day can teach us about hope 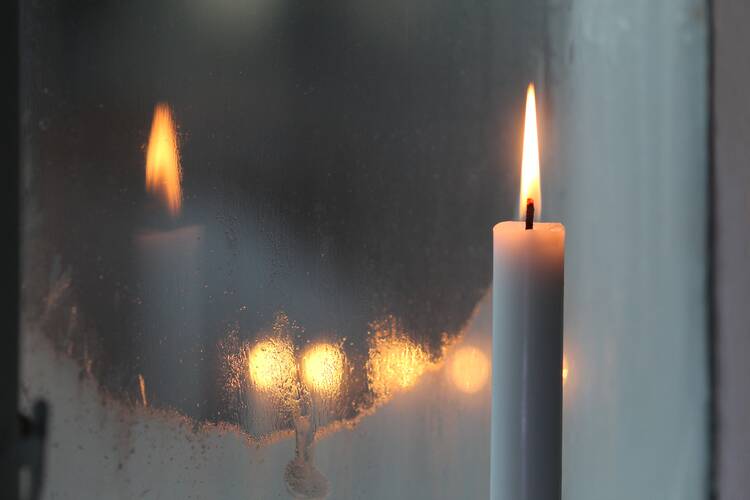 ​​Then I saw a new heaven and a new earth.
The former heaven and the former earth had passed away,
and the sea was no more. (Rv 21:1)

The end of the liturgical year brings us several weeks of apocalyptic readings, which both prepare us for the quiet waiting of Advent and, at the same time, remind us that we are still awaiting a second coming of Christ—Judgment Day.

These are terrifying readings, full of the puzzlingly opaque imagery of the Book of Revelation: An angel chains up a dragon and throws it into an abyss for a thousand years, after which it will be “released for a short time”; beheaded martyrs come back to life to reign with Christ for a thousand years; all the dead are judged, and those who aren’t listed in the “book of life” scroll are thrown into a fiery pit. Even Jesus gives his own list of signs of the end times—armies surrounding Jerusalem, pregnant women being slaughtered with swords—just before today’s Gospel, although the Gospel reading itself sounds fairly calm: “Consider the fig tree and all the other trees. When their buds burst open, you see for yourselves and know that summer is now near; in the same way, when you see these things happening, know that the Kingdom of God is near.”

The end of the liturgical year brings us several weeks of apocalyptic readings, which both prepare us for the quiet waiting of Advent and, at the same time, remind us that we are still awaiting a second coming of Christ—Judgment Day.

The art inspired by these predictions are often just as terrifying: Take, for example, Verdi’s dark and driving “Dies Irae” (“Day of Wrath”), or Mozart’s, or even the many film soundtracks from “It’s A Wonderful Life” to “The Shining” that borrow the first four notes of the medieval “Dies Irae” chant. On the visual side, there are countless paintings of the Last Judgment (I’m partial to Giotto’s) that show horrifying monsters eating up the sinners banished to hell, while the people in the book of life generally look, well, bored.

These depictions of the end times generally, in my opinion, fall short when it comes to portraying the hope that Catholics profess to believe comes after all these terrifying signs: “the resurrection of the body and life everlasting” or “the resurrection of the dead and the life of the world to come,” depending whether you use the Apostles’ or Nicene Creed.

I remember once walking through the cemetery next to the Jesuit church in Grand Coteau, Louisiana, on a retreat, looking at the sparse and perfectly aligned headstones of 200 years of Jesuits, then crossing into the parishioners’ cemetery, where 200 years of gravestones varying in shape, size and color marked people’s final resting places wherever they might fit on the small plot of land. The narrowest places along the sides were all the graves of babies and young children. Throughout the cemetery, the same family names appeared again and again.

And yet, I couldn’t shake the feeling that this was a place of hope—that whenever that last day came, there might be no one left in this small and rapidly shrinking town, but there in the dappled sun underneath the oak trees, all the stones would be rolled back, families and old friends reunited, ancestors embracing the descendants they’d never met, the “life of the world to come” just beginning to dawn.

(For an artistic expression of the end times that is more aligned with this hopeful interpretation, I recommend this gorgeous scene from Terrence Malick’s The Tree of Life in which the family at the center of the film is reunited.)