A lesson from St. Charles Borromeo: Money is only as good as what it’s used for 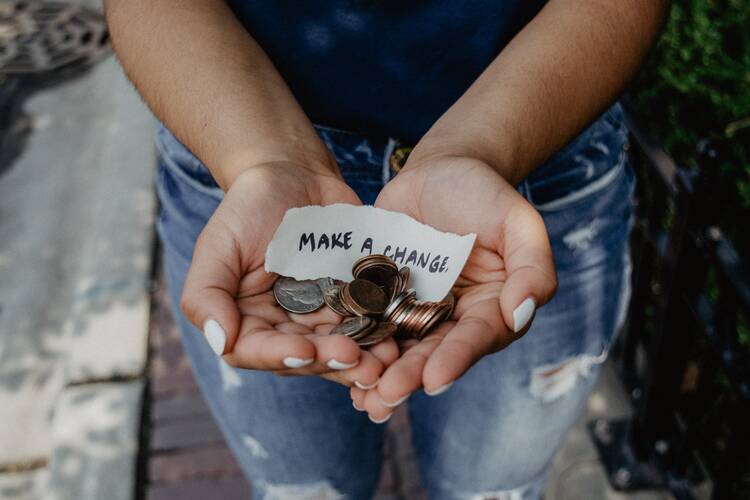 Reflection for the Memorial of St. Charles Borromeo

“But our citizenship is in heaven, and from it we also await a savior, the Lord Jesus Christ.” (Phil 3:20)

St. Charles Borromeo also took action when faced with a crisis—though he did not act on his own behalf. After the Council of Trent, which ended in 1563, he took his place as the archbishop of Milan. From the beginning of his time there, St. Charles—who belonged to a noble family and whose uncle was Pope Pius IV—set aside amenities and gave most of his earnings to the poor. By his actions, he hoped to set an example for other church leaders. During a time of famine and plague, when the rich moved out, St. Charles stayed in Milan. He not only contributed his own salary but also borrowed money to feed tens of thousands every day.

Both St. Charles and, in the end, the dishonest steward demonstrate that money is not a good in itself.

Like the dishonest steward, I’ve certainly squandered resources. I had a full scholarship my first year in college, but lost it after earning bad grades. I dug myself into credit card debt, and only my father’s generosity got me out. With time, I learned how to make better decisions and foresee future financial difficulties. But I have not used an inheritance to serve the sick, and I certainly haven’t gone into debt to feed the hungry.

Both St. Charles and, in the end, the dishonest steward demonstrate that money is not a good in itself. Money is only as good as the purpose for which it is used. I don’t think the point is to be poor—or to be rich. I must be willing to give away what money I have—especially to benefit others in need. Money cannot save me; only the Lord is my salvation. So, as the Psalmist sings, “Let us go rejoicing to the house of the Lord.”