What kind of sheep are you? 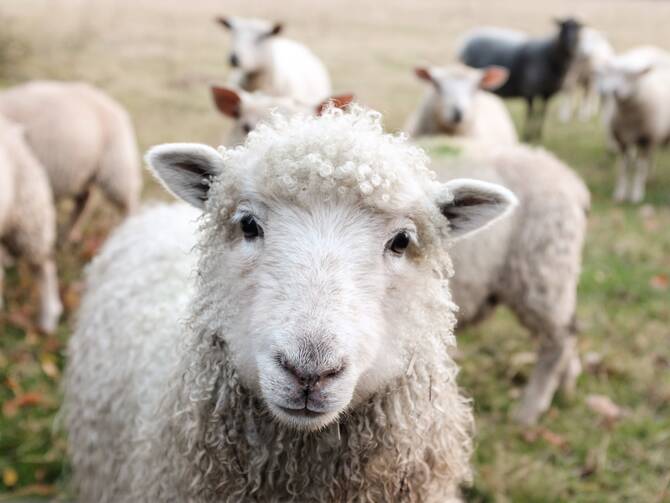 So Jesus addressed this parable to them.

would not leave the ninety-nine in the desert

and go after the lost one until he finds it?

And when he does find it,

he sets it on his shoulders with great joy

and, upon his arrival home,

he calls together his friends and neighbors and says to them,

What kind of sheep do you hope to be?

Depictions and descriptions of Jesus as the good shepherd must be one of the most common analogies in the Catholic Church. It is an image so inextricably knotted to the Catholic understanding of Jesus that we can easily stop engaging with it or thinking critically about it. The omnipresence of today’s Gospel story can hinder us from seeing anything new in it.

Believe me. I’m the one writing a reflection about it.

But as I sat at my desk, trying to think of something fresh to say about one of the most popular New Testament passages in history, I thought about the 99 sheep, the ones who remain in the desert. And I realized that I’ve been thinking about this passage the wrong way.

See, in my head, I’ve always envisioned 99 sheep crowded in a group where the shepherd left them, waiting patiently for the return of their protector. They were the righteous sheep. They had no need for saving. That’s what the story says. But knowing what I know about humans and our propensity for wrongdoing, I think my image was naïve and my understanding incomplete.

Maybe they really did remain righteous sheep for a little while—before they grew envious of the attention paid to their flock-mate, or fearful of nocturnal predators in the darkening desert, or just bored with standing around. Then they, too, must have wandered off, and when the shepherd returned to his spot covered in sweat, with the itchiest shoulders ever, I bet he found maybe two or three sheep. Maximum.

That’s where the story really ends: The good shepherd sighs and wipes off his brow, heading back out for the Sisyphian task of trying to save creatures that cannot seem to stay saved. I’m sure some sheep wander back of their own accord, and others are seconds from death when the shepherd rescues them. All of them will wander again before too long.

What kind of sheep are you? If your answer is “a righteous sheep,” I’ve got bad news. None of us are righteous sheep. We are, all of us, constantly failing in innumerable ways. We are all the wandering sheep.