Lessons from William Faulkner and Zacchaeus the tax collector 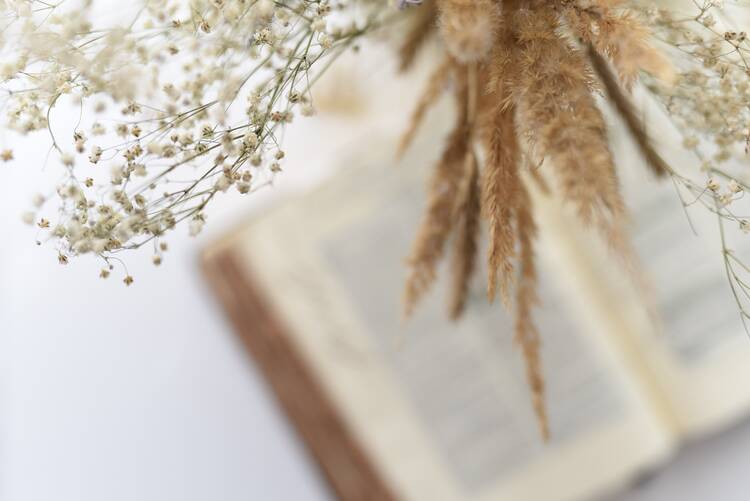 A Reflection for the Thirty-first Sunday in Ordinary Time

In 1926, William Faulkner published his first novel, Soldiers’ Pay. The title is ironic and troubling. The “pay” that this soldier, Donald Mahon, receives from the First World War is a horrendous head wound and scarred face. Blind and unable to speak, Donald is brought home to a small town in Georgia, where he is received by a not particularly faithful fiancée, Cecily Saunders.

The first time she sees the wounded Donald, Cecily faints. She’s barely out of high school. At that age, who can comprehend what life will ask of them? Cecily needs to grow up mighty fast. Yet when her mother later asks:

“Darling, what did his scar look like?”
Cecily shuddered turning her head on the pillow. “o o ooh, don’t, don’t, mamma! I c-can’t bear to think of it.”
“There, there. We won’t talk about it until you feel better.”
“Not ever, not ever. If I have to see him again I’ll—I’ll just die. I can’t bear it, I can’t bear it.

“Not ever. Not ever.” Faulkner’s genius lies in showing us who we are, because each of us has declared parts of the life God has given to us to be “altogether too much.” We effectively say, in our own ways, about some people, some situations and some tasks, “If I have to, I’ll just die. I can’t bear it. I can’t bear it.” Is that not true of your own life as well?

We ourselves are wounded before we ever set out to reject or to wound.

Faulkner is also showing us what sin really is: our refusal to accept real life, not the one our imaginations fashion for us. We are not initially to blame. Like Cecily, we did not raise ourselves. We neither chose nor fashioned the wounded and scary worlds in which we live. And this is the meaning of the sin which the Catholic Church calls “original.” We ourselves are wounded before we ever set out to reject or to wound.

And then there is the Gospel.

Zacchaeus is a short tax-collector. His height makes him less than desirable. That he is a tax collector betrays his sinful ways. But it is not as though Zacchaeus has not fended for himself. He is a rich man. He has evened his relationship with others. Still, he is an outcast, someone about whom the world says, looking at him from a distance, “Not ever. Not ever. If I have to, I’ll just die. I can’t bear it. I can’t bear it.”

But Jesus knows the truth.

For you love all things that are
and loathe nothing that you have made;
for what you hated, you would not have fashioned (Wis 11:24).

Today, Zacchaeus is long since out of his tree. We are the ones who must look again at those persons, those situations and those tasks about which we have said, “Not ever. Not ever. If I have to, I’ll just die. I can’t bear it. I can’t bear it.”

Frightened and frustrated, we say, “not ever, not ever,” but Christ says, “today salvation has come!”

If Christ lives in us, if we live in Christ, we can open ourselves to those parts of life we’ve shunned, or, at the least, we can pray for the grace to understand this truth:

you spare all things, because they are yours,
O Lord and lover of souls,
for your imperishable spirit is in all things! (Wis 11:26).

If, in the face of the scarred and the scary, we begin by praying for the grace to open ourselves, then another will follow. We will see in our own lives that

today salvation has come to this house
because this man too is a descendant of Abraham.
For the Son of Man has come to seek
and to save what was lost (Lk 19:9-10).

Frightened and frustrated, we say, “not ever, not ever,” but Christ says, “today salvation has come!”