A lesson in prudence from the dishonest servant 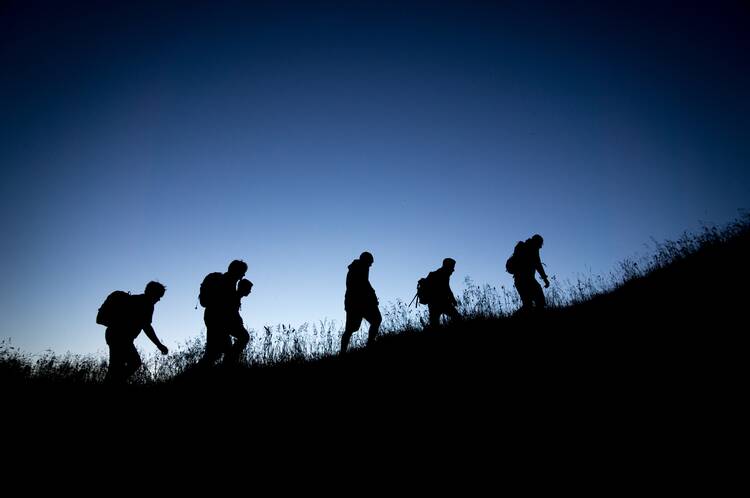 A Reflection for the Twenty-fifth Sunday in Ordinary Time

“I tell you, make friends for yourselves with dishonest wealth,

so that when it fails, you will be welcomed into eternal dwellings.

The person who is trustworthy in very small matters

is also trustworthy in great ones;

and the person who is dishonest in very small matters

In this Sunday’s Gospel, we hear the parable of the dishonest servant—and while most parables defy the logic of the world, this story in particular might leave Christians scratching their heads. To recap: A servant is caught squandering his master’s wealth. The servant sees the writing on the wall, so he goes to his master’s debtors and cuts what they owe so “they may welcome [him] into their homes” when he is out of a job. Here’s the surprising part: The servant is commended by his master “for acting prudently.”

Why would the master commend the servant for squandering even more of his money? Here’s where some historical context is necessary. (Pro-tip: If a reading doesn’t make sense, check out the footnotes on the U.S.C.C.B. website!) In Jesus’ time it was customary for servants to collect debts on their masters’ behalf, and they would often collect more than was actually owed so that they could keep some for themselves. So when the servant cuts the bills of the debtors, he is not cheating his master out of money but rather forgoing his own cut of the deal.

If I really believed I was dependent on others, would it not be prudent to give more generously of my resources, knowing one day I, too, will be in another’s debt?

Two things jump out at me from this story. First is the servant’s reaction to getting caught. He asked himself, “What shall I do, now that my master is taking the position of steward away from me?” Instead of making excuses or denying the charge against him, the dishonest servant is quite honest with himself. He admits that he is “not strong enough to dig” and “ashamed to beg.” How often when we are caught in a lie or fail to live up to our expectations do we dig in or try to explain away our shortcomings? What if, like the servant, we instead owned up to our failures and limitations? Such honesty is the first step to prudence: We cannot act wisely, either in the affairs of this world or the next, if we refuse to see ourselves and our situations as they are.

Second, I am struck by how prudence is defined in this parable. Wouldn’t it be more prudent for the servant to collect his usurious profit—maybe even squeeze a bit more out of the debtors—so he has a financial cushion to land on when he is thrown out by his master? Instead, he gives his usual share of the debt back to the debtors. Yes, there is something self-interested in his actions. But his plan also comes from an awareness of his radical dependence on and trust in the goodness of others—including the very people he has been taking money from for years.

What would this kind of prudence look like today? When I think about being prudent, I imagine putting more money into my 401(k). If I really believed I was dependent on others, would it not be prudent to give more generously of my resources, knowing one day I, too, will be in another’s debt?

And if that is true in our worldly relationships, how much more so in our relationship with God. “Make friends for yourselves with dishonest wealth, so that when it fails, you will be welcomed into eternal dwellings.” The servant secures a home for himself by giving away his dishonest wealth. What idols, attachments, lies are we being called to give away to secure a place in our eternal home?