Jesus Christ, the master of irony 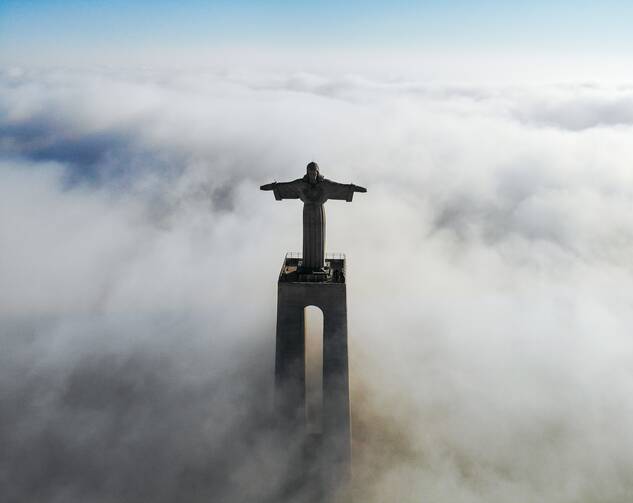 We learn in the Acts of the Apostles that St. Paul was a tentmaker before he became an evangelist; today’s first reading makes me wonder if he hadn’t tried his hand at law as well—because he would make a good trial lawyer.

In trying to remind or convince the Corinthians that Jesus really was raised from the dead, Paul marshals plenty of evidence. You can imagine him before the jury: “If Jesus was never raised, if it’s all just pious stories, why did Cephas see him? Why the 12? And if 13 witnesses aren’t enough, how about another 500? Most of them are still alive, ask them. How about all the apostles? In fact, I’m here to tell you something else: He appeared to me.”

But Paul uses a curious word to describe himself in this litany of witnesses, one translated here as “born abnormally.” That’s a bit of a euphemism, as are other translations like “an untimely birth,” or “born at the wrong moment.” The most literal translation of the Greek word εκτρωματι would be “an abortion” or “a miscarriage.” Yikes! It is a harsh and shocking way to describe oneself. What does Paul mean?

Each one of us, even in our moments when we feel small or weak or unworthy, participates in the ultimate irony: that God chooses us anyway, that we too are witnesses to the Resurrected Lord.

Note what comes next: “For I am the least of the apostles.” You’ve heard from all the best witnesses, he seems to say, those who knew Jesus intimately and personally; you’ve heard from everyone with authority in our little community. But now I’m telling you this: Jesus even appeared to someone born under a bad sign, someone who was literally killing his disciples. Isn’t it ironic?

Then again, had Jesus been born a Roman citizen of noble birth, and chosen the Capitoline Hill in Rome to appear after his resurrection, that too would seem rather more effective, more efficient. Instead, he is born in a stable, becomes an itinerant preacher forever in the wind, then is executed as a criminal. Then he appears first after Easter not to Herod, not to Pilate, not to Caesar Augustus, but to his poor and lowly friends. Isn’t that, too, ironic?

The theologian William Lynch, S.J., noted the importance of this kind of irony in his book Images of Faith: Christ is born “against the background of enormous space time, at a completely specific and free moment in the millions of light years, within a body that occupies a few feet of the space of all our universes.” This is the most ironic thing of all, Lynch writes, that the Incarnation “should happen at an infinitely small point in infinitely large space time. It is, in a completely literal way, the basic image of faith.”

And isn’t faith in Jesus exactly that—faith in the insignificant made important, the lost cause made the straight path, the broken made whole? Each one of us, even in our moments when we feel small or weak or unworthy, participates in the ultimate irony: that God chooses us anyway, that we too are witnesses to the Resurrected Lord. It’s Paul’s best tactic after his argument from authority: Look who else Jesus chose. Little ol’ me.