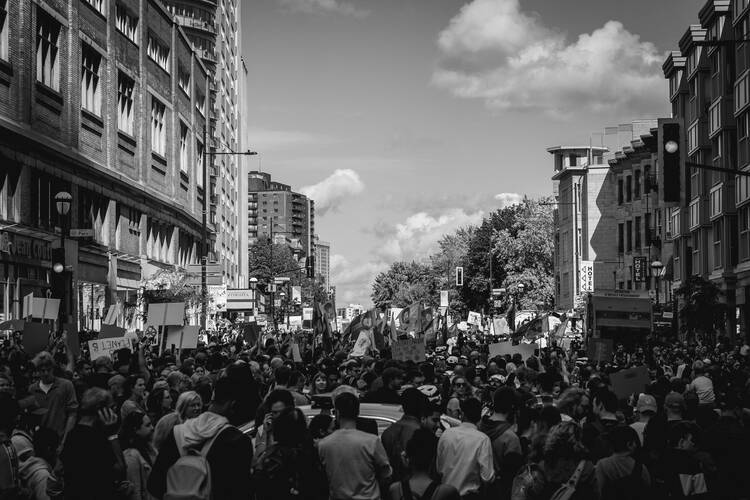 I remember hearing that a lot growing up, one of many little adages that someone like Ben Franklin probably said. Teachers used it to talk about bullying, encouraging people to stand up for each other. I always thought it was a bit too simple for the actual complexities of our lives.

These days, though, I’m not so sure. Maybe its simplicity is intentional, a challenge to put your money where your mouth is. We don’t have to have the entire solution ourselves to timeless and colossal human problems. But the moment we stop trying, the moment we drift toward complacency, we’ve become a negative force in the world.

It’s not enough to focus on ourselves and build the life we want if that life doesn’t involve fighting for justice.

Most of us have enough on our plates already. We don’t think we have the bandwidth to take on society’s problems. But Christians are told in no uncertain terms that money and success are the things we shouldn’t have time for. It’s not enough to focus on ourselves and build the life we want if that life doesn’t involve fighting for justice.

The “evil” in question here would have been simply following the rules of the Sabbath, refraining from performing a cure on a day of rest. Jesus would have been far within his right not to act. Instead, he equates inaction to negative action. The question implies that doing nothing is the same as doing harm.

The structures of power that dictate our lives will not go away on their own. We have inherited a world built on keeping the marginalized where they are. Jesus wants us to question the rules made by the powerful of our society, when those rules discard people rather than supporting them.

We are not called to keep living our lives and avoid the problem, no matter what rules or power structures stand in our way. We are called to be flagrant and outspoken in our love for those who need us.