Jesus is the anti-Augustus Caesar 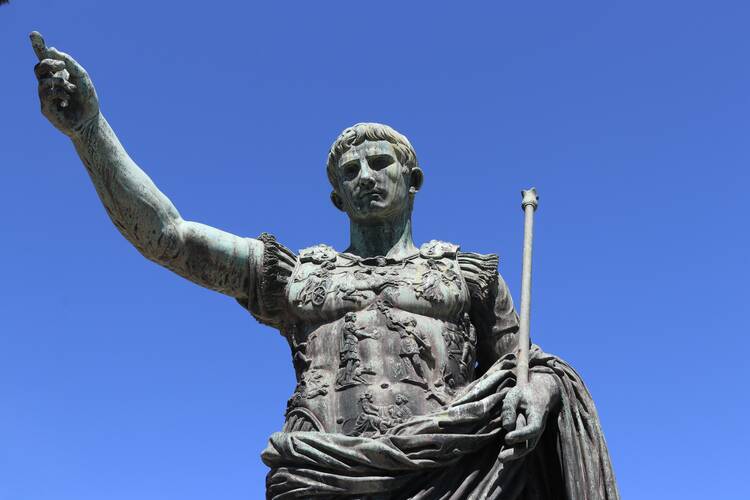 A Reflection for Tuesday of the Twentieth Week in Ordinary Time

In today’s Old Testament reading, God gives the prophet Ezekiel a message—really, a scolding—for the prince of Tyre. “You are a man, and not a god, however you may think yourself like a god.”

Reflecting on these words, I realized that they reminded me of someone in particular: Augustus Caesar. Recently, I’ve been listening to an excellent podcast called “The History of Rome.” Augustus, I learned, is much more interesting than any old dictator. Not just because, by his own brilliance, he rose to greater heights of power than any Roman before him, but because his life was a constant, tragic reminder of the limits of human power.

Even as he accrued the stature and treatment worthy of divinity, even as the senate and people of Rome revered him as a god, he remained firmly, purely human.

No matter how many legions he controlled or how much land he conquered, Augustus could not control life and death, a lesson he learned over and over again as every one of his hand-picked heirs died before he did. Even as he accrued the stature and treatment worthy of divinity, even as the senate and people of Rome revered him as a god, he remained firmly, purely human.

Because of all this, Augustus makes a neat contrast with Jesus (as early Christians were eager to point out). Jesus is sort of the anti-Augustus. Everything that made Augustus seem divine, Jesus lacked: He controlled no army, possessed no riches and wielded no political power.

But it was Jesus who had power over death, not Augustus. Divinity, it turned out, was not defined on human terms. It had nothing to do with might or wealth. Suddenly, everything Augustus fought for seemed petty, insignificant. Augustus, after all, no longer lives. God, on the other hand, will never die.