The joy of believing in miracles 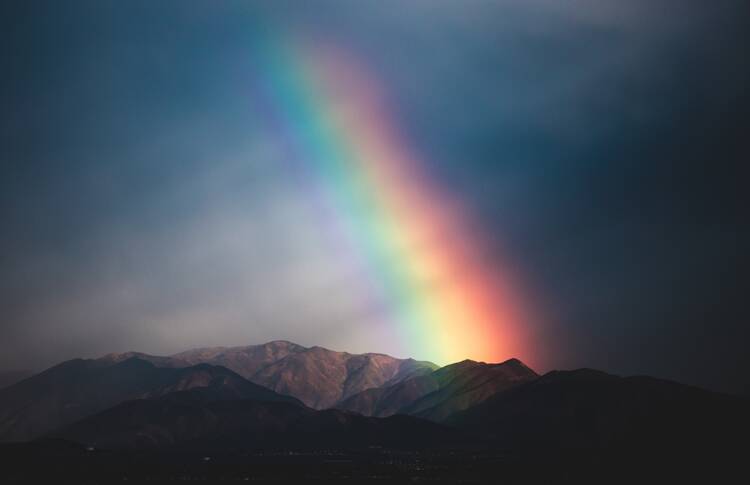 A Reflection for the Nineteenth Sunday in Ordinary Time

Faith is the realization of what is hoped for

It turns out that St. Paul, like myself, would likely have been a fan of the early-2000s TV show, “The West Wing.” He, like me, must have enjoyed the 20th episode of the fourth season, “Evidence of Things Not Seen,” in which, among other things, the President navigates enduring Cold War tensions with Russia, a gunman fires on the White House and C.J. tries to convince her coworkers that she can balance an egg on its base at precisely midnight on the equinox.

The evidence of things not seen, in this episode, is C.J.’s comical belief in the magical powers of the vernal equinox on the equilibrium of chicken eggs. The disbelief and mockery of her friends, however, would have been very familiar to Paul, living as he did in a time when Christian claims of miraculous transformations, healings and resurrections would have struck most as plainly ridiculous, even contemptible.

It’s familiar to me, too, as I have been on both sides of that contempt. When I was younger, though I remained a Christian, I refused to accept miracles, on the common objection that “if God would heal this broken leg, why wouldn’t he heal that one?” and a strict allegiance to the empiricism that dominates the scientific thinking of our times. I took the Thomas Jefferson approach to the Bible, cutting out (though not literally, as he did) all references to miracles in the Gospels, contently certain that evidence is limited to things seen.

I noticed that those people who do believe in miracles seem to be happier. Holier. I wanted to be like them.

Now, however, I am certain of exactly the opposite, and I have been the recipient of more than a little of that contempt which I once so happily doled out for those fools who believe in miracles. It’s not fun to be mocked, and often enough I feel a burning desire to argue or to ridicule my accusers in turn. The tough thing about that (in addition to it not being a very Christian response) is that I have no leg to stand on. It is ridiculous to believe in water turning into wine. It is bizarre to believe that God would cure some people and not others.

I didn’t change my mind about miracles because I witnessed one—and I don’t expect I ever will (though I hope I might). Instead, I simply noticed that those people who do believe in miracles seem to be happier. Holier. I wanted to be like them. I had tried cynicism, and I concluded that it hadn’t led me any closer to God. Much better, I thought, was to be a “fool for Christ,” as Paul puts it in another epistle. Much better to revel in the ridiculousness of this faith and to simply trust in the realization of what I hope for and the evidence of things I cannot see.

And if “The West Wing” can be believed, that faith will be rewarded. At the end of the episode, with the international negotiations resolved and the White House shooter detained, all that remains is the question of the egg. As the hands of the clock approach midnight, C.J. takes up her egg, balances it carefully, holds her breath and releases it. Her faith, it turns out, was true: The egg stands.