The vastness of the ocean is nothing compared to God 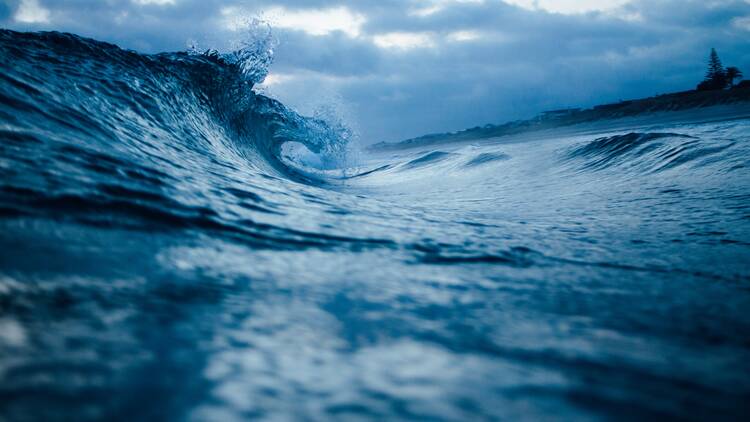 A Reflection for Monday of the Sixteenth Week in Ordinary Time

“Only to do the right and to love goodness, and to walk humbly with your God.”

I got into whales about eight years ago. During the evenings, after a long workday, my mind was fried and I certainly didn’t feel like reading. I also didn’t want any drama—there was so much going on in the public square at the time. So I started watching whale documentaries.

There’s a certain quietness to these documentaries. Filmmakers often shoot underwater, of course. But even when they’re in boats, you can hear the pleasant sound of waves and sea birds. They helped me take a deep breath and let go.

I’d often show up to work the next day with some random whale fact I’d learned. “Do you know an adult male killer whale weighs between 8,000 and 12,000 pounds? I’m like only 230 pounds, so how am I supposed to get anything done?”

I’ve often felt like God was calling me to do something I didn’t want to do. When that has happened—in my better moments—I’ve thought of Jonah.

Those whale documentaries humbled me. I imagine Jonah’s whale humbled him, too. I think I get what was going on with him, right? Like, who wants to be a prophet anyway? Seems like a lousy job to me.

I’ve often felt like God was calling me to do something I didn’t want to do. When that has happened—in my better moments—I’ve thought of Jonah. In the Gospels, I get the sense Jesus also had to do some things he didn’t want to do—especially accepting his death on a cross. I understand why he brings up Jonah in the Gospel today. Jonah prefigures the Lord’s death and resurrection.

Death is hard to fathom, like the vastness of the ocean. I think most of us generally avoid thinking about it. It reminds us how finite we are.

As big and mysterious as they are, our oceans are nothing when compared to God. Still, like Jonah, God can do great things through us. With God, we can do the right thing and love goodness. Sometimes I feel like God is asking the impossible and it can be frightening. Deep down, though, I know God will help me if I walk humbly at the Lord’s side. There is nothing to fear.