What do you do when a Gospel passage doesn’t sit right with you? 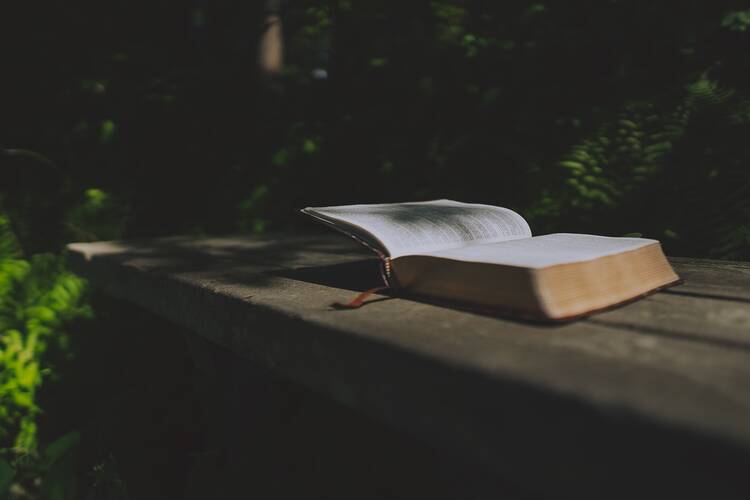 It is not often I read a Gospel passage and have a visceral disagreement with what is taught. Today, this happened

It is not that I disagree with the sum of what Jesus teaches in this passage. I quite like what he says about not being afraid, and that God loves me so completely that every hair on my head is counted. I even like to hear that no disciple is above the teacher. What I cannot abide by is that no slave can be above the master.

Years ago, I would have glided over these words. The relationship of the enslaved person to the slaveholder would not have given me pause. And, if it did, it would likely have warmed my heart, not raise suspicion of distrust. I would equate God with holding me, the beloved enslaved, captive. I would experience it as an affirming statement, that I belong to God. But today, that ability to reinterpret the Gospels with charity, to accommodate, as I had before, that the world was different then—it fails me. Our world is different, and that makes all the difference.

Though it may have taken the church a long time to condemn the slave trade, it did. On Dec. 13, 1839, Pope Gregory XVI issued “In supremo apostolatus,” the papal bull condemning the institution of slavery, calling for its end everywhere. And yet we still live in a world plagued by myriad forms of servitude. From sex trafficking to forced child and domestic labor to child soldiers and forced marriages, it is estimated that at least 40 million people live under slavery, according to Free the Slaves. Modern slavery generates approximately $150 billion each year for enslavers. It was to these injustices that my mind traveled as I heard Jesus exhorting his disciples to not be above their master. How dare Jesus teach this given all we know today about the sin of slavery, the unconscionable human abuses? Surely, he knows, right?

Today, that ability to reinterpret the Gospels with charity, to accommodate, as I had before, that the world was different then—it fails me. Our world is different, and that makes all the difference.

In his Spiritual Exercises, St. Ignatius of Loyola counsels when prayer is dry or difficult and we feel ourselves entering into desolation, a place where we feel the absence of God and lack any good desires for God, that “to act against the desolation and overcome the temptations, we ought to remain always a little longer than the full hour.” (Spiritual Exercises, No. 13.) Still reeling from the shock of what I had read, I engaged in an enraged conversation with Jesus. Here’s kind of how that dialogue went:

Me: Why would you say such a thing?

Jesus: Why would you think that I would say what you think I said?

And in that aha moment, as I stayed on in prayer, God took me beyond my seething. Jesus calmed my fears as he had promised. He helped me understand that saying there is “no slave above the master” is to say that the master and the slave are equal, because one is created in image and likeness of the other. Jesus taught me a lesson today—again. Why can I not learn once and for all that Jesus would never say what I thought he said.