The kingdom of God could come like a hurricane 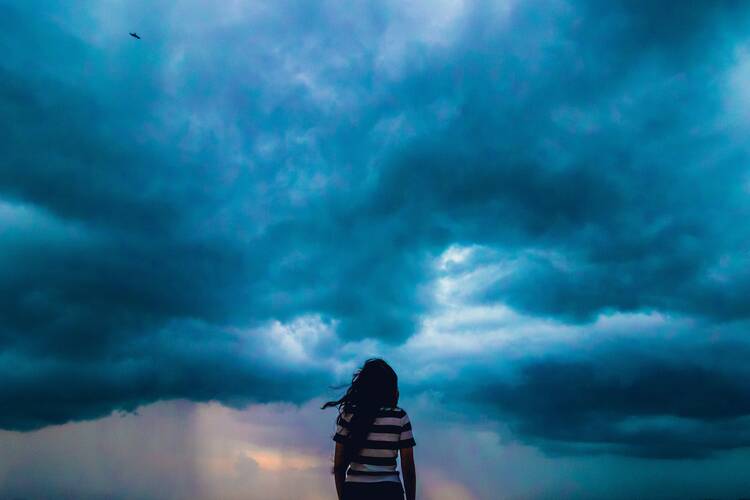 A Reflection for the Fourteenth Wednesday in Ordinary Time

“Sow for yourselves justice,

reap the fruit of piety;

break up for yourselves a new field,

for it is time to seek the Lord.”

The urgent calls to repentance in today’s readings feel more at home in the cold, ascetic days of early Lent than they do now, in the swampy lethargy of summertime. I write this from New Orleans, where the contrast between the two could not be more stark: Lent here emerges from the chaotic opulence of Mardi Gras like an old friend, your grandmother inviting you to Mass on Sunday morning after you had too much fun Friday and Saturday night. (Or Tuesday night, as it were.) Settling into the pew together, your head still throbbing, brings a comforting if uncomfortable sense of your own creatureliness. Yes, this is where I should be.

Summer here, on the other hand, is oppressive: Going to a parade or to Mass seem equally onerous, as does anything that requires more effort than sitting on the porch fanning yourself and drinking sweet tea.

In this context, the Israelites’ plea to the mountains to “Cover us!” and the hills to “Fall upon us!” conjures images of a tidal wave of cool black soil promising respite from the heat—an easy way out. That’s what it was for the Israelites, too: An easy way out of God’s punishments for their faithlessness. (Is Louisiana summer a punishment from God, too? Maybe for climate change.)

If you want the cool soil beneath the grass, you’ll have to till it yourself.

I like that in these readings, it isn’t clear who responds to the Israeliates’ plea to the mountains; there are quotation marks, but no speaker named. I like to imagine it’s the hills shouting down to them: “Sow for yourselves justice, reap the fruit of piety; break up for yourselves a new field, for it is time to seek the Lord.” In other words: If you want the cool soil beneath the grass, you’ll have to till it yourself.

Louisiana summers aren’t exclusively a time of lethargy, though; they’re also a time of preparation. In that way, they’re a little like Lent. “You know not the hour nor the day” is applicable as much to the Second Coming as it is to the hurricanes that spin up out of the Gulf of Mexico with maybe a few days’ notice, if we’re lucky. The threat of a storm, of losing everything, rips us off of our plastic porch chairs and throws us into action: preparing exit routes, filling the gas tank, buying up nonperishables and drinking water and, for almost every Louisianan I know, packing a little extra for the neighbors who will inevitably run out.

I wonder what it would mean to have the same kind of urgency when we hear “The kingdom of heaven is at hand” as we do when we hear “Category 4” or see TV meteorologist Margaret Orr wearing the red dress that’s her code for “get out.”

I wonder if the kingdom of God being at hand would conjure the same response: Get ready, now. Get right with God, now. And know that when the storm comes, you and the neighbors are in this together. You are responsible for one another.