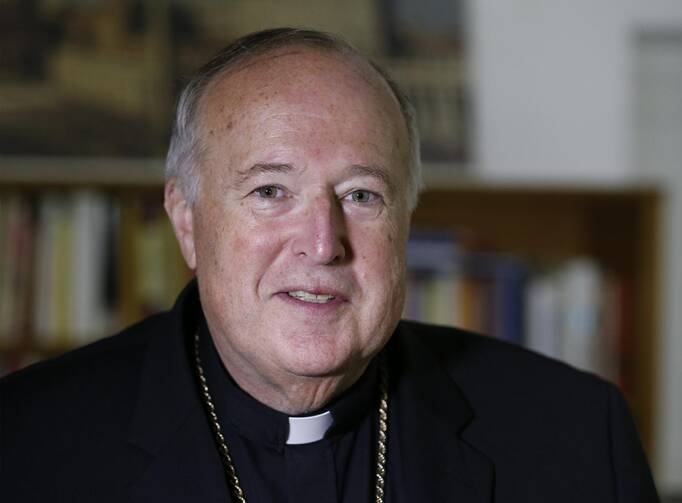 Bishop Robert W. McElroy of San Diego was among 21 new cardinals named by Pope Francis May 29, 2022. Archbishop McElroy is pictured in a 2019 photo. (CNS photo/Paul Haring)

Pope Francis announced on May 29 that he will create 21 new cardinals, 16 of them electors with a right to vote in the next conclave, including bishops Robert McElroy of San Diego, Calif., and Arthur Roche of England.

The choice of Bishop McElroy is the biggest surprise of this consistory for the church in the United States. A graduate of Harvard, Stanford and the Pontifical Gregorian University, Bishop McElroy has demonstrated that he is one of the strongest supporters of the pope’s vision of church among the American bishops since Francis appointed him to be bishop of San Diego in March 2015. By choosing him to be a cardinal, instead of others, Pope Francis is sending a powerful message to the American bishops and church.

Bishop McElroy has demonstrated that he is one of the strongest supporters of Pope Francis’ vision of church among the American bishops.

“Bishop McElroy is an American analogate of the late Cardinal Carlo Maria Martini,” an American bishop who knew both men well told America when he was appointed to San Diego. The bishop, who asked for anonymity then but is now dead, described Bishop McElroy as “a prayerful, contemplative man,” endowed “with an extraordinarily gifted intelligence and imagination,” and “not self-promoting.” He portrayed him as a true pastor, concerned about his people and very attentive to them, especially when they are suffering or in difficulty. Moreover he said, “Bishop Bob” has “the gift of prudence” but also “the courage to break new ground.”

"I am stunned and deeply surprised by the news that Pope Francis has appointed me to the College of Cardinals," Bishop McElroy said in a statement from the Diocese of San Diego. "My prayer is that in this ministry I might be of additional service to the God who has graced me on so many levels in my life. And I pray also that I can assist the Holy Father in his pastoral renewal of the Church. In this moment, I give thanks for those who have contributed profoundly to my life and priesthood: my family, the priests and women religious who helped to form me, and the Catholic community of San Diego and Imperial Counties, whom it is my privilege to lead."

Bishop McElroy is the fifth American cardinal named by Pope Francis, the others being Blase Cupich (Chicago), Joseph Tobin (Newark), Wilton Gregory (Washington) and Kevin Farrell (Prefect of the Dicastery for the Laity, the Family and Life). As a result of this, the church in the United States will have 10 cardinal electors as of Aug. 27.

Pope Francis has also named the English-born archbishop Arthur Roche, prefect of the Congregation for Divine Worship and the Discipline of the Sacraments, as cardinal. His nomination came as no surprise, except for the fact that the church in England and Wales now has three cardinals, including Vincent Nichols (Westminster) and Michael Fitzgerald (a White Father and formerly top Vatican official, but over the age of 80).

Among the 14 other cardinal electors, six are from Asia (two from India, and one each from Singapore, South Korea, Timor Leste, and Mongolia, even though the latter is an Italian missionary) three are from Latin America (two from Brazil, one from Paraguay), two are from Africa (Ghana and Nigeria) and three from Europe (France, Spain and Italy).

Today there are a total of 117 cardinal electors in the College of Cardinals, 67 of whom were created by Pope Francis in previous consistories. But since one of the electors will have reached the age of 80 before the next consistory, on Aug. 27 there will be 116 electors from previous consistories, plus the 16 new electors, bringing the total number of electors to 132 on that date. Pope Francis will have created 83 of the 132 electors. Italy will still have the largest number of votes in a conclave on that date with 20 electors. The 16 newly designated cardinal electors only obtain the right to vote in a conclave when the consistory is held on Aug. 27, as is stated in article 36 of the Apostolic Constitution, “Universi Dominici Gregis,” promulgated by John Paul II.

Pope Francis, before he announced the list of cardinals-designate, also notified that there would be an extraordinary two-day meeting of cardinals following the consistory, from Aug. 29-30, to give the worldwide church leaders an opportunity to reflect together on the new Apostolic Constitution on the Roman Curia, “Praedicate Evangelium,”  which was promulgated on March 19 and takes effect on June 5, the forthcoming Solemnity of Pentecost.

Cardinals-designate who cannot vote for a new pope because they will be over the age of 80 on Aug. 27

This story has been updated to include the meeting of cardinals following the consistory and a statement by Cardinal-designate McElroy.

Correction, May 29: Bishop McElroy will be the fifth cardinal named by Pope Francis, not the fourth, as originally stated.