Want to feel closer to God at Mass? Sit in the front pew. 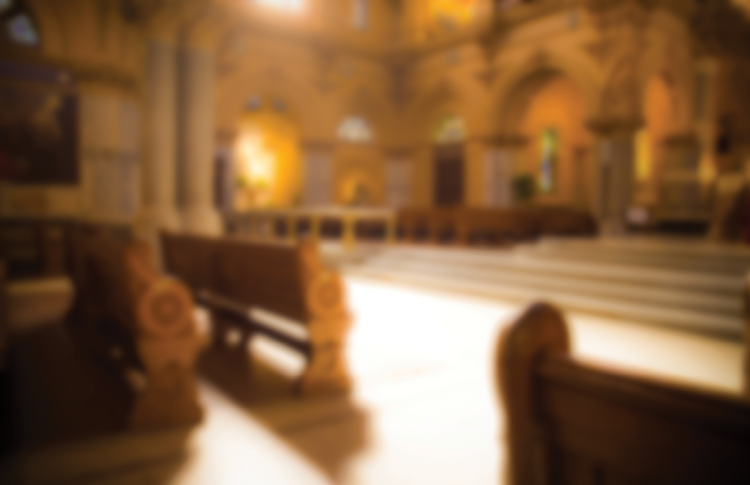 Almost 15 years ago, when our oldest son was born, my wife and I started to sit near the front of the sanctuary consistently for Mass. Our thinking was that the ability to see and hear the activity at the altar would help to hold the attention of a fidgety child. The addition of two more boisterous boys (and their growth from infants to toddlers to teens) has tested our theory, but it has remained a sound practice for our family.

I must confess to having allowed my own mind to wander on many Sundays. So I was pleased to find that the practice of sitting in the front pew also has helped to focus my own wandering mind. Sitting in the front pews has allowed me to hear clearly the exchange between the priest and the faithful as the latter receive the Eucharist. I often become engrossed listening to the repetition of the priest and eucharistic ministers saying, “the body of Christ,” and the recipients responding, “Amen.”

The practice of sitting in the front pew has helped to focus my own wandering mind.

This exchange is as profound as it is simple. Offering the host, the minister asserts clearly, indisputably, “the body of Christ.” Hearing this statement repeatedly, mere feet from the altar, I have found my mind pulled into the depth of these words. They assert that Christ is truly present among us spiritually and physically, his body offered up for our salvation. My mind is pulled repeatedly to the fundamental mystery of our faith: Christ has died, Christ has risen, Christ will come again. All for the salvation of me, those present at Mass, those not present, all those, wherever they may be, who are saved by Christ’s sacrifice of his body, recreated and truly present only feet away.

The response of those receiving is no less clear or certain. A simple statement: “Amen.” One word affirming the speaker’s belief in the true presence of Jesus in the Eucharist. Over and over, clearly and simply, a single word affirming this fundamental and radical reality.

The exchange of just five words captures the entirety of our faith. Seeing the sacrament and hearing these words closely and repeatedly cannot help but sometimes pull one deeper into the mysteries of that faith. I find myself somehow both present in the moment and also transported.

In choosing to sit up close, week after week, I have been continually reminded that each of us is possessed entirely of the gifts of Christ.

In addition to hearing this exchange, my proximity to the altar also allows me to closely watch all those who approach it. My wife Molly and I have spent the entirety of our lives in South Dakota, particularly in smaller South Dakota towns. Even at Masses outside our own parish, it is rare that we do not know the names of many who are receiving the Eucharist. Because we know so many of these faces, we frequently know their stories. Watching recipients go by, I know who is sick or suffering. I see the progression of age chip away at the physical strength of our parents, and now even friends, whose bodies no longer possess the strength they once did. I see families expand and grow with children going to the altar, first in their parents’ arms, then holding their hands and eventually walking forward to receive themselves.

The bodies are frail and flawed, of all ages, races, genders, experiences and circumstances—no two alike but each created wonderfully in the image of God. As I see them and hear them speak the exchange, I am reminded, over and over again, of the reality that this, the church through us its members, is the body of Christ. In truly seeing each of these people, many of whom I know so well, I am more truly seeing the body of Christ. I am more fully recognizing it as a lived reality, not simply an abstraction. 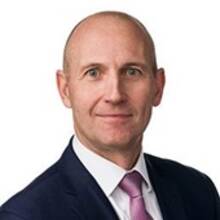 Neil Fulton is dean of the University of South Dakota School of Law.

@NeilFultonSD
Show Comments ()
Join the conversation: Login or create an account
Before you can comment, you need to update your profile to include your first and last name, as required in our comments policy. Then reload this page and you'll be set up for commenting. Update your profile