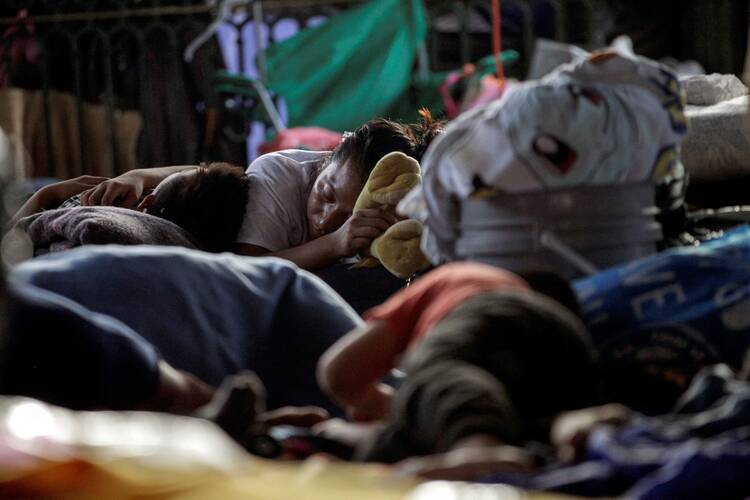 Asylum-seeking migrants sleep in a public square in Reynosa, Mexico, where hundreds of migrants live in tents, June 9, 2021.

Dylan Corbett and his wife, Lucy, were wrapping presents on their living room floor just two days before Christmas in 2018 when he received an urgent message: U.S. Immigration and Customs Enforcement was suddenly releasing large groups of migrants and asylum seekers in El Paso, Tex. Without advance warning to advocates or service agencies and with no resources in place, hundreds of “people, traumatized by their [migration] experience” were dropped off in the downtown area, he remembered. Mr. Corbett is the executive director of the Hope Border Institute, an organization that supports communities and migrants at the U.S.-Mexico border. Mr. Corbett and his family spent the following days and nights helping provide food, water and blankets while triaging medical needs.

One boy, about 8 years old, was severely ill. Mr. Corbett watched as an ambulance drove off, the child on a gurney in the back. Mr. Corbett said he did not learn what happened to him. But he will never forget when a few days later a different child, Felipe Gómez Alonzo, who had recently migrated from Guatemala with his father, died of a staph bacteria infection that advanced into sepsis. Felipe was the second Guatemalan child in ICE custody to die of sepsis that December. Seven-year-old Jakelin Caal Maquin had suffered and died from streptococcal sepsis just a few weeks before.

It was through these experiences, Mr. Corbett said, that God called him and his organization into “deeper solidarity with...and protection for people on the move.” The Hope Border Institute began a joint effort with Faith in Action, a national, multifaith grassroots organizing network. In 2019, the Root Causes Initiative was born to address the factors that compel people to migrate.

Hoping to build upon the momentum created by a meeting of bishops from the United States, Mexico and Central America held in Mundelein, Ill., this June, Root Causes sponsored a joint letter that has garnered over 171 signatures from faith-based and grassroots organizations across the Americas. Joe Fleming, the senior advisor for faith and leadership strategies at Faith in Action, explained that although this is not an exclusively Catholic effort, the majority of participating organizations have a Catholic affiliation.

Root Causes advocates argue that leadership from the Central and North American bishops is “pivotal in reorienting U.S. policy toward Central America.”

The letter has been sent to the U.S., Mexico and Central American bishops’ conferences, urging the bishops to jointly press for humane immigration policies in their countries. Root Causes advocates argue that leadership from the Central and North American bishops is “pivotal in reorienting U.S. policy toward Central America, away from low-wage employment and extractive industries, toward better jobs, sustainable development and human rights protection.”

With a new U.S. administration that has vowed to support a comprehensive regional framework meant to address the economic and sociopolitical forces compelling migration, the Hope Border Institute and Faith in Action see an opportunity for deeper, fundamental change in the immigration system. But that comprehensive framework requires the participation of those most affected by migration and its push factors.

El Salvador’s Comunidades de fe Organizadas para la Acción—known by its Spanish abbreviation, C.O.F.O.A.—is a Catholic leadership training organization that supports the initiative. C.O.F.O.A. hopes for the chance to bring the specific needs of Salvadorans to the attention of the bishops’ conferences and the Biden administration.

Alberto Velazquez, C.O.F.O.A.’s director, believes there is more the Catholic Church can do to reform migration. He wonders why laypeople in El Salvador have at times been more active on the issue than the nation’s clergy.

If the bishops and priests are going to preach compassion every Sunday, Mr. Velazquez said, “then they have to show more respect for [their] people.”

If the bishops and priests are going to preach compassion every Sunday, Mr. Velazquez said, “then they have to show more respect for [their] people.” According to the letter, demonstrating this respect could include the bishops’ support for demilitarized borders and a more comprehensive and strategic approach to mitigating the issues that cause people to leave their home countries.

Heidi de Henriquez, a community leader at C.O.F.O.A., has watched her Salvadoran community grapple with unemployment, citing it as “the strongest driving force for people leaving the country.”

Mr. Velazquez explained that many community members have the qualifications to work as “teachers, lawyers and social workers.” But, Ms. Henriquez said, “there simply isn’t work” for them in El Salvador.

Violence is also a factor. “People are afraid,…[so] parents send their children away” to save their lives and keep them from being forced into joining gangs.

C.O.F.O.A. has established a program to train Salvadoran community leaders to fight for their own needs. In meetings with public officials, “[C.O.F.O.A. is] training them to...control the agenda,” Mr. Velazquez said. The leaders learn the fundamentals of democracy even as they struggle to practice it in El Salvador.

“People are afraid,…[so] parents send their children away” to save their lives and keep them from being forced into joining gangs.

El Salvador’s current president, Nayib Bukele, has been criticized for his increasing authoritarian tendencies. Mr. Velazquez said that the president “claims to have control of the country” and that he prioritizes the needs of Salvadoran people. But the ongoing gang violence, extortion and disappearance of Salvadorans suggest otherwise.

Mr. Velazquez believes that citizens can combat Mr. Bukele’s anti-democratic tendencies by standing up against unjust policies and holding officials accountable. This sentiment was echoed by Brenda Peralta, the coordinator for J.P.I.C. Familia Franciscana Unida de Guatemala, a network of Franciscan organizations working on advocacy related to the environment, migration and community organizing.

In February 2019, following the deaths of Jakelin and Felipe in the United States, Mr. Corbett traveled with the Hope Border Institute to Guatemala to visit the children’s indigenous communities and learn why the children left with their fathers. When he arrived, Mr. Corbett saw how the environment and living conditions in both Jeklin’s and Felipe’s villages had been degraded by climate change and agriculture.

“As we walked up to [Jakelin’s] house, we could smell the smoke from African palm trees,” Mr. Corbett said. African palm plantations have expanded throughout Guatemala in the last 20 years, as the harvested oil is increasingly used in various products from soap to Nutella. In Guatemala, indigenous communities face land disputes and water pollution from the high demand for palm oil. The plantation work is hard and low-paying. Farther west in Guatemala, in Felipe’s community, Mr. Corbett said, the effects of drought and hunger were obvious.

Ms. Peralta believes there is a need to change the narrative surrounding migrants. Guatemalans are fleeing corruption, environmental issues and violence, she said. They are not trying to enter the United States to “take advantage of [government handouts or assistance].”

Ms. Peralta charged that in Guatemala, public corruption and criminal impunity are commonplace. As a result, people have “lost their hope.” Many do not believe that abuses and assaults are worth reporting to authorities because they have no confidence that crimes will be investigated or appropriate sentences adjudged.

“There are many murders, but no one is held accountable,” she said.

In 2019, the United States signed “safe third country” agreements with Guatemala, Honduras and El Salvador. According to Ms. Peralta, governments in both Guatemala and Honduras surrendered to the Trump administration’s hostility to immigration, collaborating on agreements that perpetuated a system that can end in the deaths of children like Jakelin and Felipe.

The agreements require migrants who hope to find asylum in the United States to first apply for protection in the countries they pass through. But advocates say none of Central America’s Northern Triangle states—Honduras, El Salvador and Guatemala—can truly be understood as safe places for migrating people, who risk persecution, torture, sexual assault, and death in these nations. The deals further distance migrants from their hoped-for refuge in the United States.

According to Mr. Fleming of Faith in Action, this year’s change in U.S. presidential and congressional leadership creates an opportunity for progress on comprehensive immigration reform in Congress, but, he argued, that effort is more likely to succeed if it achieves joint support from the North and Central America bishops’ conferences.

In a meeting with Vice President Kamala Harris in June, Bishop Mark J. Seitz of El Paso, Tex., called her attention not only to migration push factors but to the United States’ “historical complicity, entanglement in an economy that kills [and] inaction on climate change.”

“[Jakelin and Felipe’s] deaths have to mean something,” Mr. Corbett said. “They both had dreams”—dreams like those of people migrating today and dreams that the Root Causes Initiative hopes to realize with the support of the bishops’ conferences.

“If the church raises its voice,” Ms. Peralta said, “others will do the same.”

J.D. Long-García, a senior editor at America, contributed reporting to this story. 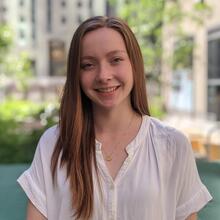