The crucifixion of George Floyd 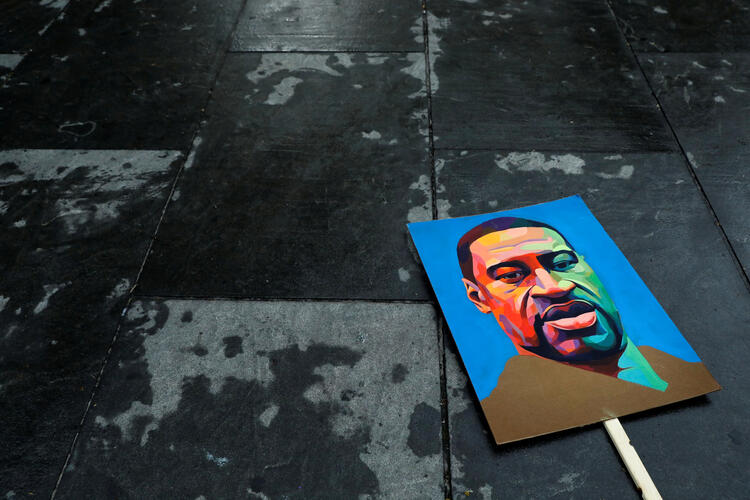 The murder of George Floyd continues to resonate with extraordinary force. Many people, recognizing that such a horror demands a powerful word, understandably call it a lynching. The long video shot by the courageous witness Daniella Frazier—the one with no interruption or added narration—shows us, however, that this was a thing beyond a lynching. It was a crucifixion.

It may well be that watching the video leaves some viewers with an unnamed sense that what they are witnessing is a crucifixion. But whether named or not, the act carries resonant force beyond measure—exactly as it was designed to do from the beginning.

Death by lynching and death by crucifixion are atrocities of the worst order. In terms of the awfulness of what is suffered by an individual human being, there is no material difference between them. In terms of what such killings say about the societies in which they are committed, however, there are differences that matter.

A lynching is done with no pretense of legal authority, typically by a mob. It is all chaos and mayhem. The mob claims that it had to take over because the authorities failed to render swift and severe punishment.

Whether named or not, the act of crucifixion carries resonant force beyond measure—exactly as it was designed to do from the beginning.

Historically, crucifixion was a punishment performed calmly and systematically by those assigned by the state. Its purpose was not only to punish the offender with extreme pain, cruelty and shame but also to instruct the public about the power of the state and the terrible fate that awaits transgressors. That instruction was commonly achieved by leaving the corpse of the one crucified hanging publicly exposed on the cross or pole for days.

Lynching is a criminal act. Crime has always been and always will be a bad part of life. The law enforcement and judicial arms of the state are supposed to be on the job, sworn to follow and uphold the law and to bring the necessary resources to bear to protect the public. It is never perfect and all too often, especially when race is involved, it is worse than that, but there is always somewhere to call. (Although the 911 calls reporting the George Floyd murder in progress were brushed aside or ignored altogether).

In the case of crucifixion, there is nowhere to call. A state in possession of power infinitely greater than that of any mob has rendered judgment and decreed punishment. It will be carried out by as many officers of the state as are required to get it done with total domination.

In the case of crucifixion, there is nowhere to call. A state in possession of power infinitely greater than that of any mob has rendered judgment and decreed punishment.

The documents, governmental structure and laws of the United States reflect a determination to maintain effective limits on such fearsome power of the state. The spectacle of a white uniformed officer of the law conducting a slow and agonizing crucifixion of a black man on a street-corner Golgotha violates all of those limits and answers any and all questions about how deeply—how malignantly—racial oppression infests our history, our culture and our institutions.

Minneapolis will undoubtedly argue that Officer Chauvin was acting beyond his authority. But their police department’s longstanding reputation for excessive violence toward minorities, largely unchecked by higher-ups, gave him ample reason to believe he could do what he did with impunity.

The parallels between particulars of the crucifixion most familiar to us, as reported in the New Testament, and that of George Floyd are haunting. It should be stressed at the outset that in 33 A.D., crucifixion was not reserved for those who claimed to be the Son of God or the King of the Jews or who posed other threats to the civil authority. It was the great show-no-mercy lesson to thieves, murderers and other criminals the authorities wanted to punish in the most degrading way possible.

Jesus was laid on the ground to be nailed to the cross. George Floyd was laid face down on the ground and pinned by Derek Chauvin’s knee on his neck (along with the helping hands and knees of other officers). As time passed, Jesus suffered from thirst; George Floyd asked for water.

Both Jesus and George Floyd were repeatedly mocked by their killers. Jesus cried out to his father, and George Floyd called for his mother. Shortly before he lost consciousness, he said: “I’m through. I’m through”—in other words, “It is finished.”

The cause of death of a person crucified on a raised cross was usually asphyxiation. The body’s weight hanging from the nails over a period of time makes it impossible to breathe. Over and over, George Floyd cried, “I can’t breathe.”

Leaving the body on display for a long time as a warning to others, a central element of crucifixion as punishment (but not so long in the case of Jesus—the darkened sky, the earthquake and the splitting of rocks were presumably factors), was present in Minneapolis in altogether modern ways: video and compression of time. The three minutes that Officer Chauvin kept his knee on his unresponsive arrestee’s neck even after no pulse could be found, seems like an eternity on the video. The sounds and images of the entire course of George Floyd’s torment and death will live on in perpetuity on YouTube or whatever is next.

The story of Christ’s crucifixion was not written down for almost half a century. In our time, to our great credit, the crucifixion of George Floyd has instantaneously touched and galvanized the nation and beyond. “Daddy changed the world,” his 6-year-old daughter said.

At the funeral service for George Floyd in Houston, Tex., Sam Cooke’s great civil rights anthem “A Change Is Gonna Come” rang out. Seeing it through—all the way, whatever it takes—now falls to us, the living. 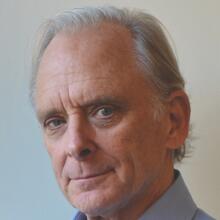 Penn Rhodeen is the author of Peacerunner: The True Story of How an Ex-Congressman Helped End the Centuries of War in Ireland. He lives and writes in Brooklyn and practices law in Connecticut.