Is this unearthed fishing village the birthplace of three of Jesus’ apostles?

Is this unearthed fishing village the birthplace of three of Jesus’ apostles? 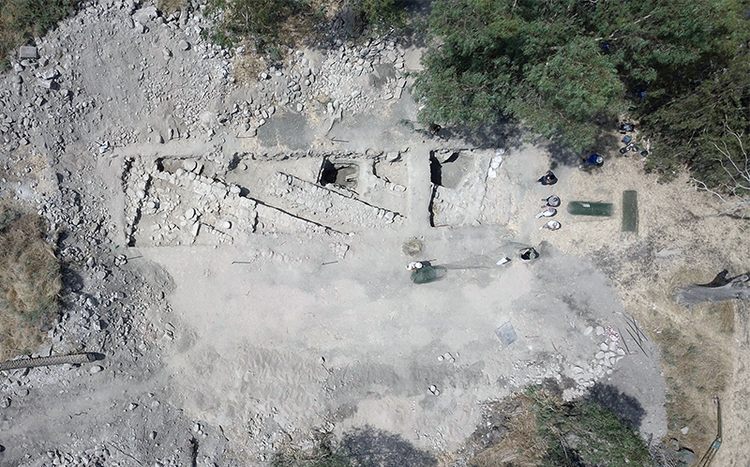 An aerial view of the excavation site in northern Israel. (Photo by Zachary Wong)

JERUSALEM (RNS) — Archaeologists excavating in northern Israel believe they may have discovered the biblical city of Bethsaida, the hometown of three of Jesus’ apostles on the shores of the Sea of Galilee.

For decades archaeologists have searched for the fishing village where apostles Peter, Andrew and Philip lived, according to the New Testament (John 1:44; 12:21). Three possible sites in the area had been identified but all were inconclusive.

This summer, however, during the second year of excavating, a team from Israel’s Kinneret College discovered remnants of a Roman-era bathhouse, potsherds and coins from the first to third centuries.

These findings are consistent with the chronicles of the first-century historian Josephus Flavius, who wrote that the Roman King Philip Herod transformed the small village of Bethsaida into a polis, or city state, called Julias.

For decades archaeologists have searched for the village where apostles Peter, Andrew and Philip lived.

“He didn’t specify whether he built it directly on top of the village or nearby, but the presence of a Roman bathhouse says this was once an urban area,” said Mordechai Aviam, head of the Institute of Galilean Archaeology at Kinneret College and lead archaeologist for the excavation.

“We discovered a mosaic floor and other items that made it clear this was a Roman bathhouse,” he told RNS.

This year and last the team also discovered dozens of golden glass mosaics, evidence of an “important” and “magnificent” church, according to a statement from the college.

Aviam said this finding supports the testimony of an eighth-century Christian pilgrim who said he had “the house of Tsaida," a church built “in honor of Peter and Andreas, two of Jesus’ apostles.”

The Hebrew word for “house” is “beth” or “beit,” so the word Bethsaida means the “house of Tsaida.”

Aviam said he is confident his team’s next excavation will yield “more evidence” that this is the site of Bethsaida and Julias.